I never knew this part of Hollywood history. Incredible. 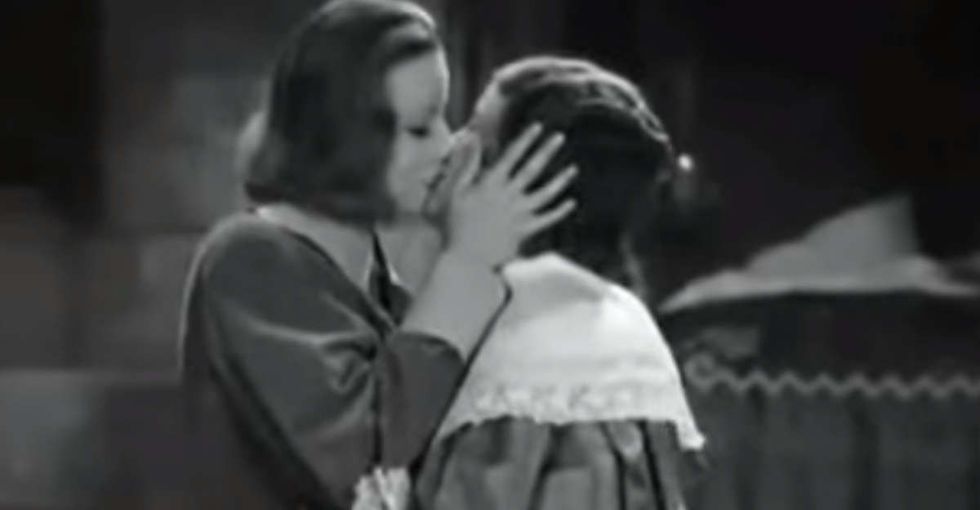 Think movies only got edgy in the *swingin' '60s*?

Movies around the 1930s were made in pre-code Hollywood, before the enforcement of the Motion Picture Production Code, or Hays Code, which was established around 1934. These pre-code movies were kinda edgy because, well, they either had no rules or just ignored the new rules.

What rules? THE HAYS CODE!*

(*Technically it's the Motion Picture Production Code, but it's widely known as the Hays Code, so we're going with that. The code was established in the early '30s, but it was strictly enforced starting July 1, 1934. And it's not cut and dry, like, pre-July 1, 1934, movies were all tawdry and shocking and then post-July 1, 1934, movies were completely tepid. The code wasn't declared like a war; it was a systematic censorship operation. I know!)

After the Hays Code ( which was originally created by a random Catholic dude and a Jesuit priest BTW) took over, not only were there fewer swear words and less of the sexier stuff you'd expect — some other stuff happened:

From the video above:

"In 1933, the MPPC, the Motion Picture Production Code, demanded the film 'Queen Christina' about the historically bisexual queen, not even hint at lesbianism but they did anyways."

Those who established the code basically campaigned to quell women's independence by showing it less and less in the media and movies. In the '30s!

Marriage rates continually declined in the early 1930s, finally rising in 1934, the final year of the Pre-Code era, and although divorce rates lowered, this is likely because desertion was a more likely method of separation.

Consequently, female characters, such as Ruth Chatterton's in Female, live promiscuous bachelorette lifestyles, and control their own financial destiny (Chatterton supervises an auto factory) without regret.

On top of showing women who were financially independent, pre-code films showed all sorts of actual human behavior from women.

"Before the code, women on screen took lovers, had babies out of wedlock, got rid of cheating husbands, enjoyed their sexuality, held down professional positions without apologizing for their self-sufficiency, and in general acted the way many of us think woman acted only after 1969." — Mick Lasalle, author of "Complicated Woman: Sex and Power in Pre-Code Hollywood"

And Betty Boop's skirt grew like a foot and a half.

Makes ya wonder. How much of our cultural norms NOW are being fed to us by movies — movies that follow arbitrary rules made in the '30s?