The world's full of fun, positive stories — but we never hear them. This couple's out to fix that.

A couple who loves to travel is making a TV show you won't want to miss. 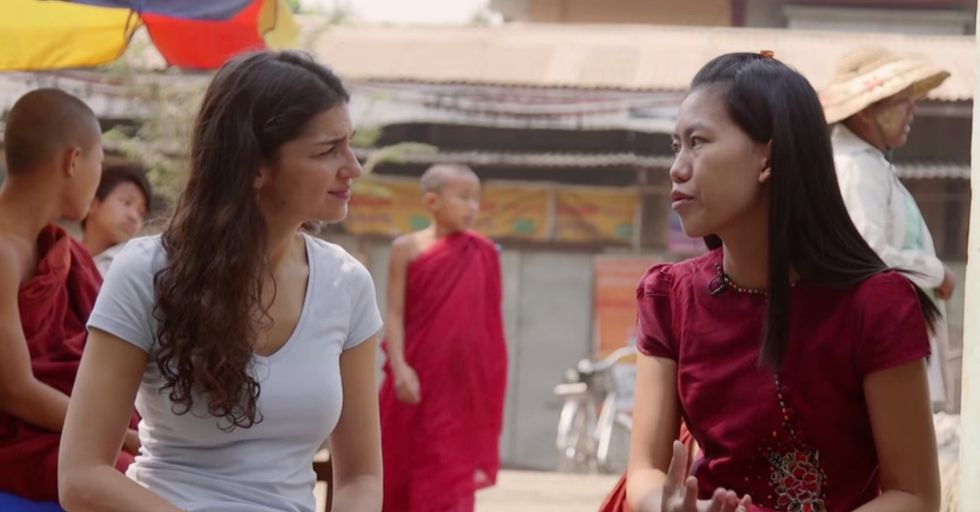 Barnabe Geis and Nisha Toomey were fed up with seeing mostly bad news on TV.

Disasters, turmoil, helplessness — all the negative stories that saturate the news feeds.

So they decided to create a travel show that takes viewers to the front lines of social and environmental solutions.

As Barnabe says, "We think it's important to talk about the problems the world is facing, but we should also be talking about the solutions!"

Here's an example: a man in Bangladesh turning a flood zone into an opportunity for education.

See, much of Bangladesh floods during monsoon season, disrupting lives and devastating communities.

He turned floods into pathways to education, information, and technology. Isn't that awesome!? These are the kinds of stories that Barnabe and Nisha want to highlight.

They've raised funds, made a pilot, and are working on getting their show off the ground.

In December 2014 (after they'd reached their goal) they allowed backers to help vote for the destination for their pilot. They chose Burma/Myanmar and traveled there for three weeks in February.

You can check out a sneak peek of their first episode that they released in May.

As of June 26, 2015, they were finalizing the pilot episode and working to pitch it to production companies in Canada and U.S.

According to their site, in addition to the pilot in Burma, plans for the first season include looking at "women's rights and human trafficking in India, the Syrian refugee crisis in Turkey (including a startup using drones to deliver humanitarian supplies in Syria), bottom-up development in Rwanda, conflict resolution in Lebanon, inequality in Brazil, and much more."

Why are they doing it? Because they know how important it is to spread kindness, understanding, and positivity.

"Instead of making us feel like there's no hope," explains Nisha, "We should be looking at all the ways in which people are actually solving problems and how we can be inspired by them."

It's an incredible example of how getting to know different parts of the world can lead to unexpected discoveries of kindness and innovation.

Check out Barnabe and Nisha's original Kickstarter video for their pilot — it does a great job of explaining what their vision is.