The heartwarming love story of this woman and her quadriplegic husband is a must-read. 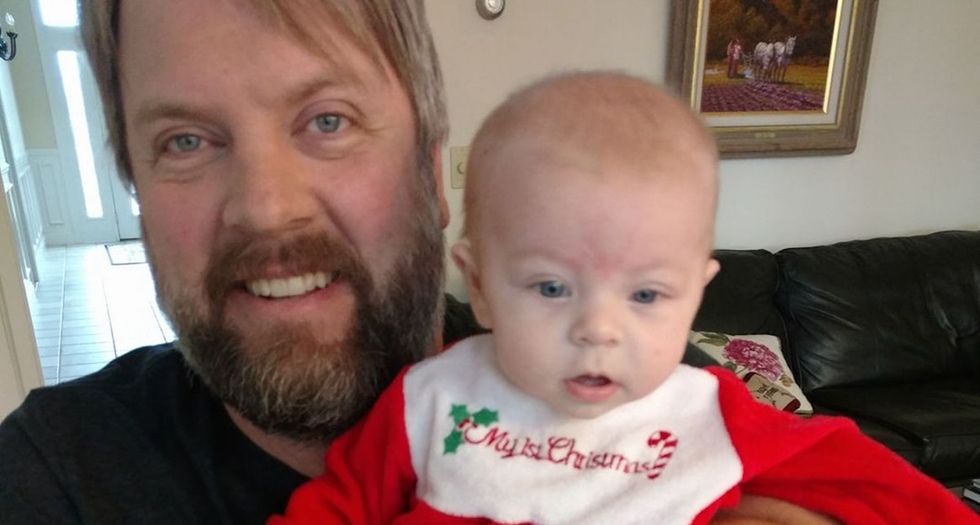 "How do you bear it? That must be devastating," a colleague said. I'd mentioned that my husband is quadriplegic.

With a familiar tightness in my chest, I answer the same tired question: "It's not. We do just fine." "He lived alone long before I met him," I wanted to say, "and he's a theater professor" — and lots of things that I knew would only sound defensive.

The coworker read my near silence as an admission (of what, I'm never sure. Sexlessness? Solitude? Nights spent gripping a bottle of gin?) and said earnestly, "I'm so sorry you have to go through that every day. I can't even imagine."

I watched the nightmare in his eyes retreat, replaced by a glaze of pity, a softness that I suppose he felt was earned by my hard life. "It's honestly no big deal," I tried again. Too late. The glaze had acquired a sheen.

The politics of disclosure are tricky, and once again I felt I'd done my partner a disservice, however slight.

Though my now former coworker likely no longer thinks of me, he might think of my husband occasionally, his token access point to the homogenized community that is wheelchair users and the pity he thinks he should feel for them and those who love them. From now on, he'll view us and people like us as tragedies — all because I didn't work hard enough to convince him otherwise.

All photos via Laura Dorwart, used with permission.

I didn't tell him about the day my husband and I met to study together at 10 a.m. for grad school exams.

I didn't tell him how coffee turned to whiskey, which turned to singing in a round as he drove me home, or about his first gift to me after two weeks of dating. I'd told him jumping eased my anxiety; he showed up to my door the next week with an indoor trampoline.

Now that I've disclosed his quadriplegia to yet another stranger, my husband is no longer afforded idiosyncrasies or individual traits, all of which he has. He's someone who writes me love letters and teaches improv and is very Virgo about our towel situation and who, unlike me, is quiet and unassuming in grad seminars. Without knowing all this, would my colleague go home and express gratitude to his wife with a "thank God we're not them" subtext?

I knew something of what my colleague assumed because it's what many assume.

I must be up nights, washing the last of the dishes alone, filled with longing that my husband's spinal cord will awaken from its tragic slumber. Or maybe they imagine I'm his "caretaker," a loaded word.

The truth? I haven't cooked one meal this month (too many deadlines), and my husband usually stays up with the baby (I'm a morning person).

He's spent far more time serving as my lay psychiatrist and priest-behind-confessional-screen than I've spent on any of his medical care. He sings me to sleep. I am usually a nervous wreck about everything except his paralysis. Unlike my symptoms of anxiety and depression, his disability is a constant, the only thing that isn't a what-if.

Still, being the ostensibly able-bodied partner to a physically disabled person comes with its fair share of emotional labor.

Emotional labor, in many cases, involves the management of feelings, both your own and others'. At restaurants, hostesses' eyes fly open, anxious, before they whisper to each other — where are they supposed to go? Folks trapping us in the wheelchair van by parking in a loading zone look sheepish at best or sometimes defiant: "What's so special about you?"

Is the usher going to know where to seat us? Will we be turned away? Will the doctor actually speak to him or will she look over his head and into my eyes instead? It's watching someone else be hurt and disappointed — not by an internal source, like my depression, but by others, by buildings even — over and over again and being powerless to do anything about it, unable to unwind the tension that coils in someone's back when they are expected, day after day, to prove they are not a burden.

It's keeping the strained smile on your face when he plans an anniversary dinner at a restaurant that advertises itself as accessible, a claim that proves false.

You find out that "accessible" means that some people get helped up the steps to the only entrance. The manager offers to have a busboy carry him. "My chair weighs 300 pounds," he says, incredulous. The manager shrugs, as if to say, "So? What did you expect?"

He's now supposed to spend the night apologizing for taking up space, and you are supposed to pretend you don't notice. He defends himself well, as always, but his shoulders slump and his eyes shine with hurt, even over cocktails elsewhere after you leave. You want to scream at someone or at least write a strongly worded letter, but there is no one to write to.

It's being afraid not of a disability itself but of everyone else's fear and discomfort, which is displaced onto you as the assumed caregiver. "Don't look at me like that," I want to say to the pitier. "Just build a damn ramp."

Our reality is so far from the assumptions of others. The wheelchair has been integral to so many of my memories of care I have taken rather than given.

Rides on his wheelchair put our daughter to sleep, and when I was pregnant, I rode on his lap to work. During a depressive episode or a panic attack, I've heard the whir of wheels (footsteps, really) in the hallway and felt my breathing slow because he was home.

This is not part of the wheelchair story that strangers and Hollywood and breathless romances want to tell.

I wrote a story about my depression and post-traumatic stress disorder against the backdrop of a ghost town in a desert we'd visited, and I shared it with a creative writing workshop. I included one line about his paralysis. "Is his body supposed to be the desert?" one of the other students asked. "Because it's empty now, since the injury?" Another says, "It's a ghost town. Is he the real ghost?"

Being in love with someone who's quadriplegic is something like loving a ghost, but not in the way people might think. He is often invisible, and if seen, there is just one thing about him that most people seem to notice.

A story with a ghost in it is a ghost story first and foremost, not a story about sports or romance or a family conflict. Similarly, the wheelchair functions as the focus of every story we can construct. Even though you don't want it to, the wheelchair becomes the protagonist, the antagonist, and everything in between.

When I lie awake at night, the honest-to-god truth is that I don't fantasize about miracle cures and redemption songs. I dream of ramps.

Ramps leading up to showers and houses and waterfalls, to haunted hayrides and carriages and job interviews and Capitol Hill. And level ground that fulfills its rhetorical purpose by keeping everyone on the same plane. In my dreams, words become divorced from their meanings; "rustic" and "quaint" become extricable from "tiny" and "crowded," and "winding" and "exclusive" no longer mean a narrow stairway to an underground speakeasy. Restaurant hostesses and flight attendants are not afraid. Doctors listen.

In my dreams, I don't watch him walk. I watch him stop being hurt.

This story originally appeared on Catapult and is reprinted here with permission.