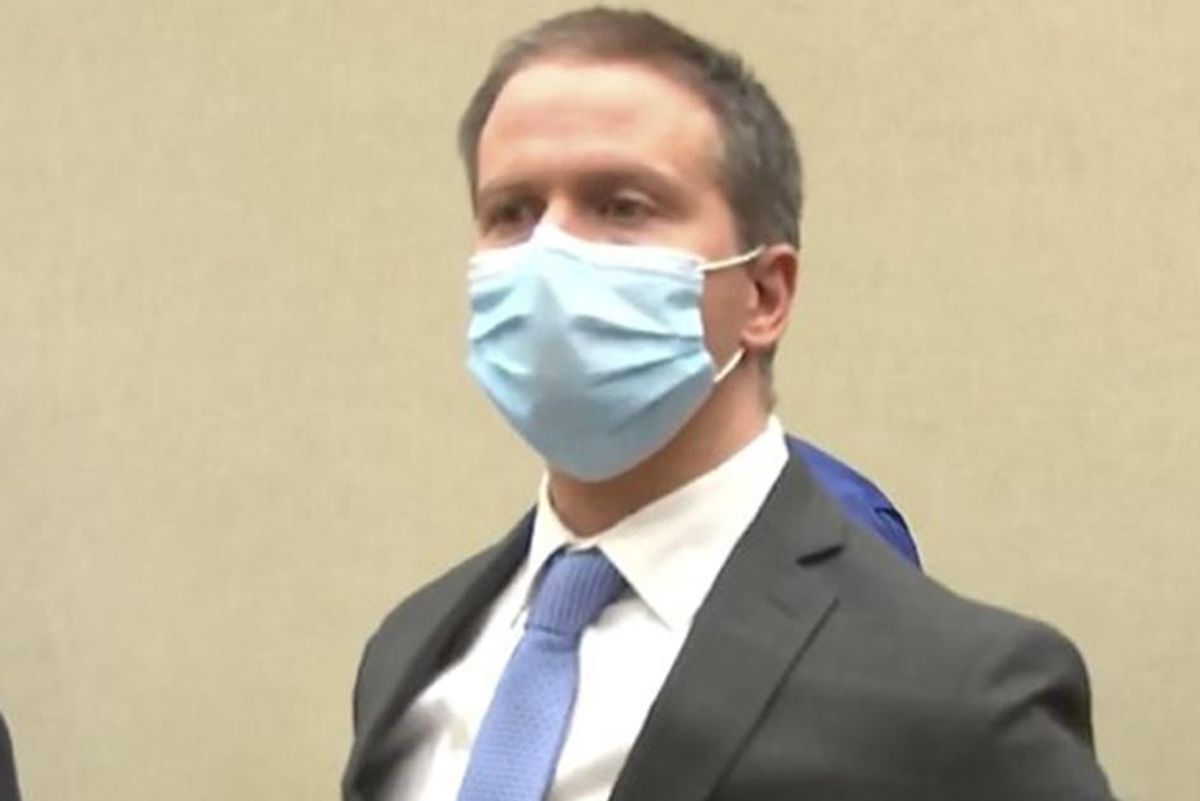 The verdict in the trial of Derek Chauvin, a former Minnesota police officer convicted of murdering George Floyd, has many breathing a sigh of relief. Even though the disturbing video evidence of Floyd dying under Chauvin's knee is impossible to refute, it's incredibly hard to convict an officer of murder.

The United States judicial system is so preferential to law enforcement that even though the world saw murder in broad daylight, many were skeptical of whether he'd be convicted.

"Most people, I think, believe that it's a slam dunk," David Harris, a law professor at the University of Pittsburgh and an expert in policing, told the Washington Post before the trial. "But he said, "the reality of the law and the legal system is, it's just not."

Chauvin was convicted of all three charges of second-degree murder, third-degree murder, and manslaughter. The presumptive sentence according to Minnesota law is 12 ½ years, but aggravating circumstances could raise that number by decades.

"Let's also be clear that such a verdict is also much too rare," President Biden said after the verdict was announced. "For so many, it feels like it took all of that for the judicial system to deliver a just — just basic accountability."

Since 2005, Philip M. Stinson, a criminologist at Bowling Green State University, has been tracking police misconduct and found the number convicted of murder is incredibly small.

Over that time's he's counted 140 causes of police being arrested on murder or manslaughter charges as the result of an on-duty shooting. Of the 97 cases that have been concluded, only seven resulted in murder convictions. Some were reduced to lesser offenses and more than half were dismissed or resulted in acquittals.

When it comes to justice for unarmed Black men and women, the numbers are even more sobering.

According to NPR, around 135 Black people have been fatally shot by police since 2015 and authorities failed to press charges in 80 of these cases. Only 13 of the officers who received manslaughter or murder charges with only four were found guilty.

There are myriad reasons why it's so difficult to convict police of murder. "The law favors the police, the law as it exists," Harris added.

One major reason is because of the Supreme Court's 1989 Graham v. Connor decision that states an officer's actions must be judged against what a reasonable officer would do. "A police officer can use force, but it has to be justifiable," Neil J. Bruntrager, a St. Louis-based attorney, told Washington Post. "And what the Supreme Court has told us is we have to see it through the eyes of the police."

Officers can avoid convictions by claiming they killed someone out of fear for their own safety.

"If a civilian is displaying a weapon, it's very hard to charge [the police officer] with murder for taking action against that civilian," Kate Levine, a professor of law at the Benjamin N. Cardozo School of Law, told FiveThirtyEight. "And even if a civilian doesn't have a weapon, it's hard to charge a police officer if [the officer] can credibly say they feared for their life."

Police also enjoy the protection of unions that provide high-priced legal services immediately after an incident. There is also a built-in conflict of interest in the legal system. Prosecutors often depend on police so they're inclined to protect those relationships.

Police defendants are more likely to refuse plea deals because their high-quality representation makes them more likely to win a trial. "The quality of the lawyering is very different from regular criminal cases," Brandon Garrett, professor law and Duke University, told CNN. "For the typical criminal defendant, it's incredibly risky to go to trial."

Finally, police are protected from being held accountable by qualified immunity, a judicial doctrine that makes it nearly impossible for individuals to sue public officials. "Qualified immunity fosters an environment where government agents, including police, may feel empowered to violate people's rights with the knowledge they will face few consequences," the ACLU said. "Under qualified immunity, lives can be taken with impunity."

Officers are able to hide behind qualified immunity because of a clause that says their misbehavior must be "clearly established" somewhere in case law.

Lawmakers across the country are working to hold police accountable by striking down qualified immunity. In 2020, former Republican and current Libertarian Representative Justin Amash of Michigan unveiled the first bill to end qualified immunity on a federal level for all public officials. Unfortunately, it went nowhere.

However, it looks like qualified immunity's time could be coming to an end at the local level. Bills addressing qualified immunity have been introduced in 19 states and Connecticut, Colorado, and New Mexico have all passed laws curtailing its power. New York City recently became the first municipality to restrict its use.

A reminder that victory would be George Floyd being alive. Every day Black Americans worry if they will be next is… https://t.co/MW1rZAvMma
— Amanda Gorman (@Amanda Gorman)1618953725.0

It's too early to say whether the Chauvin decision marks the beginning of a new era where police are held accountable for their on-duty behavior. But the result of the trial is a great example of what can happen when Americans come together in support of truth and justice.

"For so many people, it seems like it took a unique and extraordinary convergence of factors, "President Biden said, "a brave young woman with a smartphone camera; a crowd that was traumatized — traumatized witnesses; a murder that lasts almost 10 minutes in broad daylight for, ultimately, the whole world to see; officers standing up and testifying against a fellow officer instead of just closing ranks, which should be commended; a jury who heard the evidence, carried out their civic duty in the midst of an extraordinary moment, under extraordinary pressure."