Sweden started texting blood donors with a special message to keep them coming back. It's working. 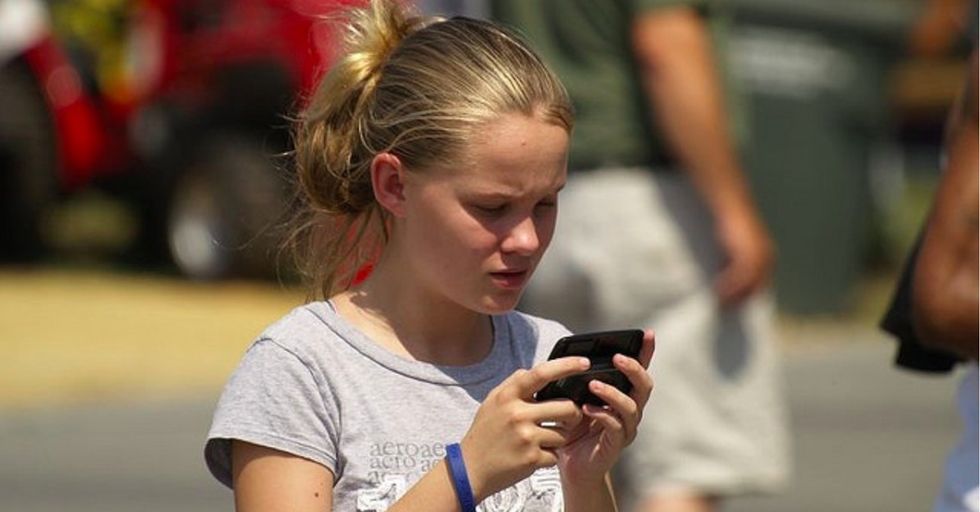 The phrase "blood donation" has a way of making us cringe.

Whether that's because we're scared of needles or it makes us think of those relentless Red Cross phone calls, many of us don't donate nearly as often as we should.

When we do finally cave in and donate, it's often an unmemorable, if mildly rewarding, experience. We might get a free soda and a sticker that says "Be nice to me, I gave blood today." But that's about it.

Hope you're not squeamish. Photo by Wasin Waeosri/Flickr.

And then we're quickly ushered out of the room and sent on our way. Our blood, capped in vials and shipped off to some warehouse, or distributor, or something. We don't know.

The only time we're ever updated is when there have been too many donations following a huge disaster and we're urged to contribute in some other way.

Way to make us feel loved!

But what if we could actually see, in real-time, when our blood donation makes an impact?

What if we could see the face of someone whose life we helped save? Or even just know that our donation was eventually pulled off the shelf and thrust into action because someone needed it?

We might feel more comfortable donating if we knew where our blood was going.

Well, in Sweden, blood donors now get a text message when a patient receives their blood.

Sweden's blood donation service has been slowly rolling out an initiative over the past three years that aims to re-engage donors by sending them a quick note when their donation helps a person in need.

That way, donors get more than a little token appreciation.

They get to know that their good deed is actually making a difference.

Loose translation of second message: "Thank you! The blood you donated on January 13, 2015, has now been beneficial for another patient. Sincerely, The Blood Central."

This is just the latest effort to combat falling blood donation rates around the globe.

Historically, many donation centers have relied on cash rewards to get people to give.

But the World Health Organization has made it pretty clear that one of its primary missions is to achieve 100% voluntary donations in order to maintain a safe blood supply (though recently the wisdom of this goal has been called into question).

That means nonprofit organizations that collect blood are looking for alternative incentives.

Some have tried financially iffy offers, like gift certificates and movie tickets. In some places, people can get a paid vacation day from work in order to go give blood. Switzerland even tried giving away lottery tickets.

Others have tried to entice donors with a free health screening, with cholesterol tests often being the main attraction.

We're lucky — back in the day, no one gave us jack squat to donate blood. And we liked it. Image via Thinkstock.

So far, Sweden's text message program for blood donors seems to be working.

According to Karolina Blom Wilberg, communications manager at the Stockholm blood service:

“We get a lot of visibility in social media and traditional media thanks to the SMS. But above all we believe it makes our donors come back to us, and donate again."

They're still waiting on the hard numbers to tell us whether this SMS system has made a difference and whether the influx of creative donation incentives will be able buck the trend.

But in the meantime, this program has people all over the world talking and bringing attention to an issue that desperately needs it.

Let's hope it catches on elsewhere.