Snoop Dogg just handed out over a thousand turkeys to families in need.

Snoop Dogg knows how to do Thanksgiving right. 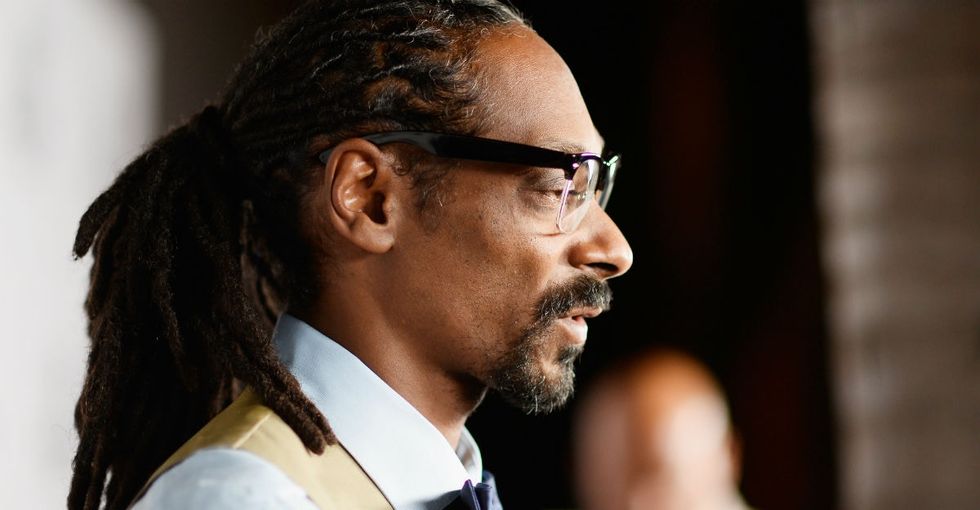 If you ask Calvin Cordozar Broadus Jr. — er, better known as Snoop Dogg (and temporarily known as Snoop Lion) — the best way to spread holiday cheer is by giving away turkeys to those in need.

...lots and lots of turkeys.

The rap superstar reached out to the city of Inglewood, California, last year to see how he could give back to the community.

After all, Snoop considers Inglewood — where his production crew is headquartered — his "second home."

The city suggested passing out turkeys to those in need ahead of Thanksgiving. So in 2014, the rapper helped give away 800 birds to families in Southern California, according to the Associated Press.

This year, he raised the bar.

He also gave away lots of hugs and took photos with fans that showed up.

"Snoop Dogg took pictures with over 800 people at the event," Inglewood Mayor James Butts, who attended along with other city officials, told NBC 4 News.

"We had a tented area for seniors to sit in, and the first thing he did was go over to take pictures with everyone there."

Snoop Dogg said he expects to return every year to give away more turkeys.

Snoop's generosity made a difference for many families who now have a bird to celebrate Turkey Day.

"This is a very big help for not only myself, but for about a thousand people," Xiomara Payan told NBC 4.

She's certainly not the only one.

Not every American family can afford to pull off that traditional Turkey Day meal you see in the movies (and in absurd Thanksgiving stock photos). Turkeys are expensive, after all. And with 20% of Americans admitting to struggling to put food on the table (according to a 2013 Gallup poll), we must remember that hunger doesn't take a break for the holidays.

But I imagine it made Thanksgiving a bit brighter for the recipients of those 1,500 turkeys.

Check out Snoop Dogg at the Thanksgiving turkey giveaway in the video below: