She asks the little girl 3 questions about her life. Her answers are pretty devastating. 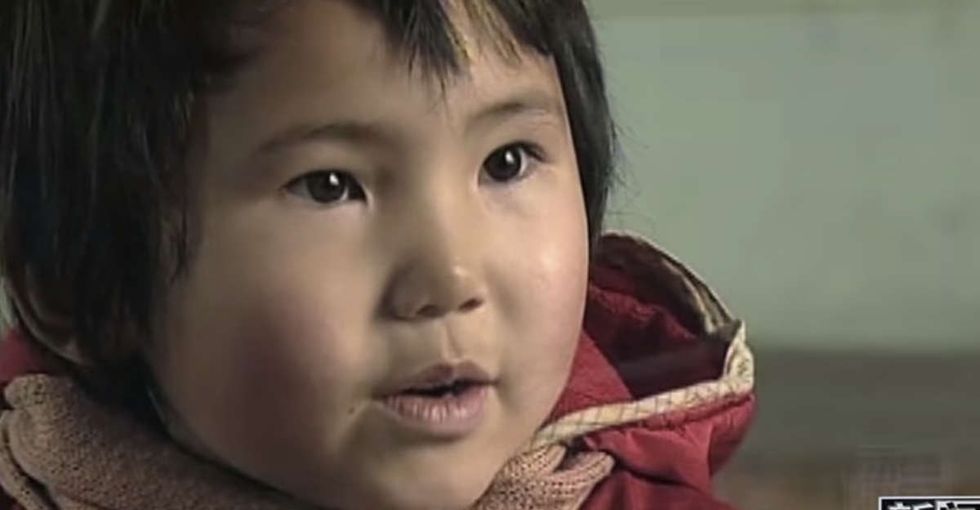 Journalist Chai Jing made a documentary that has been viewed over 150 million times in China.

In the U.S., the documentary is only just starting to get attention.

It's about the stunning and tragic effects of pollution on people and families across China — including Jing's own family.

A photo-a-day for 40 days in 2014 documented the effects of smog in China.

At the 3:45 mark, she plays a clip of an interview she did with a little girl in 2004 that drives home the point in a truly heartbreaking way.

This interview was 10 years ago. That's 10 years of children growing up without seeing blue skies, or stars, or clouds. That's heartbreaking.

Jing explains that for years, people in China have been told that air pollution is not a big deal and that if they expose their kids to it early on, they'll build up an immunity to it.

There's only one thing wrong with that: science.

The story behind the documentary is fascinating — this post by my colleague Mike Su gives some terrific context. For an exclusive summarized translation of the entire documentary, that you can read at your leisure, check out this post.

Or you can watch the first 10 minutes of the documentary (with Upworthy's exclusive English subtitles) here: