See the beautiful kites these kids designed after their parents were deported. 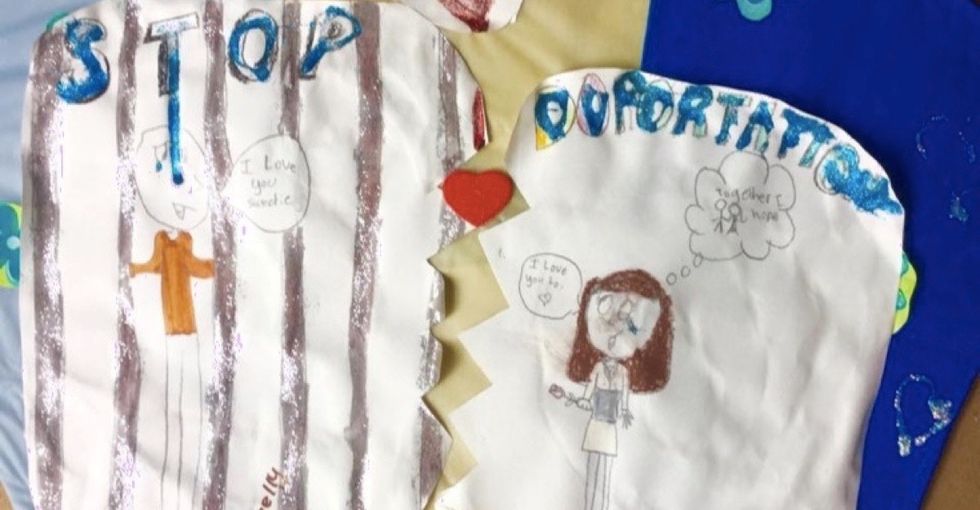 It was a family living in constant fear of deportation that inspired Rosalia Torres-Weiner to shift the direction of her art from commercial to social activism.

The members of this family, who also lived in Charlotte, North Carolina, were terrified of being deported, Torres-Weiner told Upworthy. She wanted to find a way to make them feel safe and for the couple's three children to know everything was going to be OK.

The organization allows the children of deported parents to work through their feelings of hurt, confusion, and fear by channeling those feelings into art. As part of the program, children are given the supplies to create a kite and encouraged to include a piece of clothing from a loved one who was deported.

Torres-Weiner said she sees the kites as part of a symbolic process. The children can attach their emotions and fear and trauma to the kites, and by setting the kites free, they are left to heal in a safe environment.

Torres-Weiner says the entire kite workshop is filled with symbolism.

In many ways, the kites symbolize caterpillars that turn into butterflies and fly away. The "caterpillars" are made of paper and filled with painful memories, before turning into beautiful paper butterfly "papalotes" which fly away, taking those memories with them.

Some of the kids have never even flown a kite, so that in itself gives them a sense of freedom, fun, and wonder — allowing them to liberate themselves from the past.

The goal of Papalote Project is to give a voice to those left behind when friends and family are deported.

It is estimated that half a million parents have been deported from the U.S. since 2009, which means roughly 5.3 million kids have been affected so far.

Children of deported parents typically have less access to health services, including help with mental health issues, early education, and other social services.

Validating and working through feelings of neglect, fear, or confusion that anyone — but especially children — may be having after their parents or loved ones are suddenly gone is an incredibly important part of the healing process.

The Papalote Project helps them do that.

Eventually, Torres-Weiner hopes to bring Papalote Project to even more kids through an app that allows them to design their own kites and upload them to a website.

These kids deserve to know that they are not alone.

The incredibly personal and colorful papalote creations are a way for them to tell their heartbreaking stories and heal from them at the same time — together.