See how a group of Swedish police officers responded when a fight broke out on the New York subway.

Every good cop in the country can appreciate this. 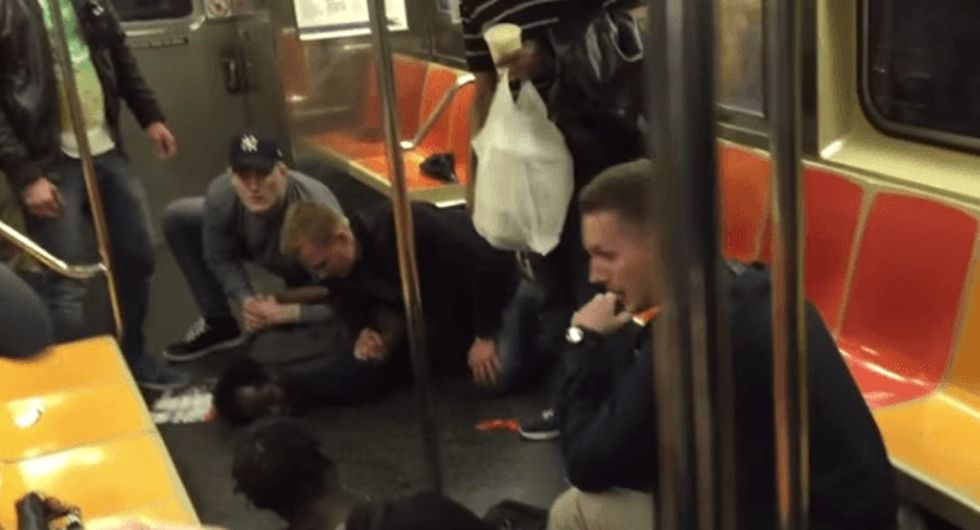 Four Swedish police officers' New York vacation was interrupted when a fight broke out on the subway.

The train operator called for support, and — being cops and all — they dutifully stepped in to help until local authorities arrived.

The visiting cops had to subdue the two men involved in the fight, which no doubt takes skill to do safely. But it's how they did their job after they gained control that really impressed people.

They checked how they were feeling.

They checked them for injuries.

And amazingly, they did it without feeling the need to antagonize or intimidate either of the two men.

It was violence-free resolution.

And that is worthy of applause.

I can only imagine how tough it is being a cop. It's a dangerous gig. But these four men just showed us that it can still be guided by respect and empathy — not ruthlessness and brutality.