Public versus private school — a study found just one factor can make all the difference. 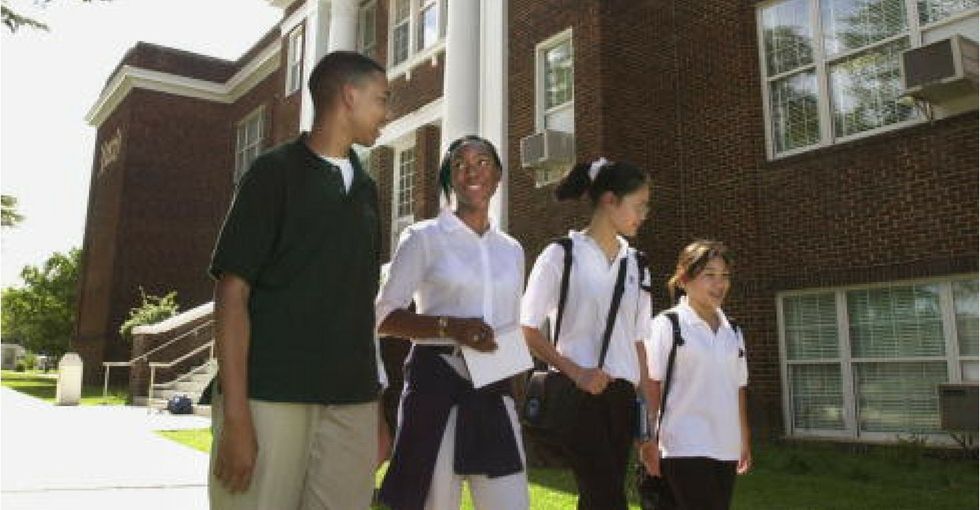 Many parents who want the best education for their children turn to private schools, assuming they will lead their kids to greater success.

At first glance, some data appears to back up that notion. The National Association of Independent Schools and Gallup found that private schools tend to have a greater percentage of graduates going on to higher education, and also tend to attend selective colleges and universities. And a new study shows that overall, children who have attended private schools had better outcomes in nearly all assessed areas of adolescence.

For many parents, this prospect justifies spending thousands of dollars per year in private school tuition. They also bolster support for voucher systems, which distribute public education funds to parents to spend on private schools if they so choose.

However, a recent study that showed better private school outcomes has a huge caveat.

When family wealth is factored out, the difference in private and public school outcomes disappears entirely.

Researchers at the University of Virginia found that when socioeconomic factors were controlled for in the study, all of the advantages of private school were negated. The study also found "no evidence to suggest that low-income children or children enrolled in urban schools benefited more from private school enrollment."

Kids from the same socioeconomic class have similar outcomes, whether they attend public school or private school. In other words, it's the ability to afford private school that makes the difference, not private school itself. Since private school attendees tend to come from wealthier families, they generally have better outcomes.

But money, not the educational approach or quality of instruction offered in private schools, appears to be the driving factor.

Parents choose private schools for diverse reasons, and choice is important. But not at the expense of public education.

However, if a parent feels compelled to send their kids to a private school over a public school for academic reasons, the data doesn't appear to be in their favor. And using such arguments to support voucher programs is disingenuous.

Secretary of Education Betsy Devos proposed an education budget in February that allocated $1 billion to private school vouchers and other school choice initiatives, and slashed $3.6 billion from the Department of Education. "So many of America's poorest children — especially African American and Hispanic children — attend failing public schools that afford them little hope of fulfilling their great potential," President Trump said in his budget summary.

This data reinforces the fact that issues in our educational system largely stem from economic inequality.

Educational opportunity starts at home, and homes and communities that are struggling are automatically at a disadvantage. Though improving public schools is important, perhaps addressing economic inequality in general would do more for U.S. education than school choice programs or public education overhauls — and would ensure that more children reach their full potential.