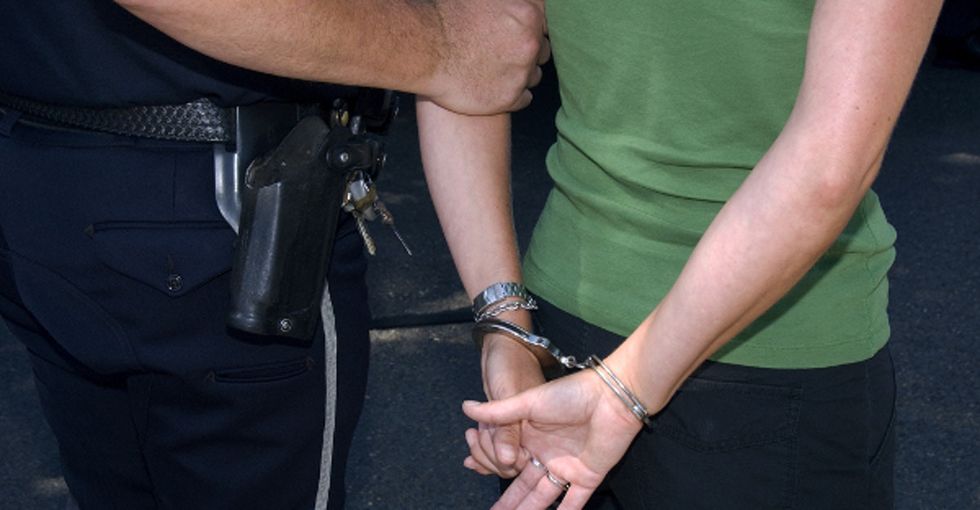 "Their punishments didn't fit the crime."

President Obama commuted the sentences of 46 nonviolent drug offenders today. Some had been in prison for over a decade. Many were serving life sentences. A White House blog post refers to the sentences the 46 individuals received as "unduly harsh."

In a Facebook post, the White House noted that almost all of the people released today were sentenced long ago when drug laws were more stringent, and would have already finished their prison time if they had been sentenced under today's laws. All 46 of them will now have a chance to move on with their lives, which is long-overdue good news for them and their families.

Each individual receiving a commutation got a personal letter from the president upon their release. According to the Washington Post, this was the most sentence commutations in a single day since the Johnson administration.

For the people whose sentences were commuted, this is a really big deal. And symbolically, it's huge, too.

Photo by Oregon Department of Transportation/Flickr.

Jackie Johnson was sentenced to 20 years in prison for "possession with intent to distribute cocaine."

Jerry Allen Bailey was sentenced to 30 years in jail for "conspiracy to violate narcotics laws."

Larry Belcher was sentenced to life in prison for possession with intent to distribute.

We're used to hearing numbers like this in the United States. But if you take a step back, prison terms this long — for people who aren't at all violent — are mind-boggling. That's longer than many assault sentences, and even longer than the recommended sentence for manslaughter in some states.

Manslaughter, for the record, is killing someone.

Releasing these 46 individuals is a sign that the president recognizes the injustice of that — and that's really important.

Real talk: It's just the tip of the iceberg.

According to the Federal Bureau of Prisons, nearly half of all federal inmates — just shy of 100,000 people as of May 2015 — are doing time for drug offenses. It is by far the largest category.

Many drug crimes carry mandatory minimum sentences, which mean no matter what the context of the offense is, judges are required to impose a sentence of a minimum number of years. Not only has this led to an untold number of horror stories of people sentenced to decades in prison for seemingly minor drug crimes, it has also helped the United States build the largest prison population in the world.

Releasing 46 people who had more than paid their debt to society is a fine start, but we still have a long way to go before we have a justice system that is truly fair to nonviolent drug offenders.

But in the meantime, props to President Obama for doing the right thing by these 46 people and for getting an important conversation started.

No one can give those 46 individuals their time back. But there are reports that Obama is actively trying to get the Justice Department to speed up the clemency process for other nonviolent drug offenders. That's fantastic.

Hopefully he'll succeed. Because there are a whole heck of a lot of people in prison right now who deserve a second chance.