Michael Angelakos came out as gay. He also loved his wife. That says a lot about human sexuality.

'I'm gay, and that's it,' Michael Angelakos said. 'It just has to happen.' 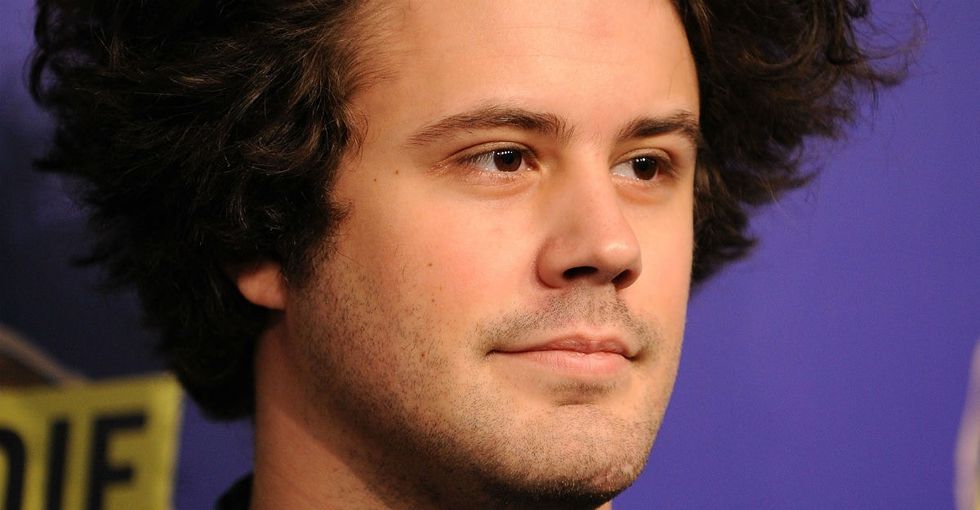 Michael Angelakos, lead vocalist of the band Passion Pit, made a life-changing announcement on Nov. 9, 2015.

The news spread rapidly among fans of the group, made famous for indie-electronic hits like "The Reeling," "Sleepyhead," and "Take A Walk."

He opened up about his sexuality while chatting with Bret Easton Ellis on the author's podcast.

"It's always been about putting it off in my head — not consciously," he explained, noting that up until the day before the interview, "very few people" knew about his sexual orientation.

"When you're teetering on the edge of heterosexuality or homosexuality and you don't know what's going on, it's just so comfortable to keep coming back to what you know."

A big reason why Angelakos stayed in the closet? He desperately wanted to make his marriage work.

The Passion Pit frontman announced he was getting divorced from stylist Kristina Mucci in August 2015. And it hadn't been an easy decision.

"I just wanted so badly to be straight because I love her so much," Angelakos said. "I think that was one of the most painful things, when we decided to separate."

But the singer also noted Mucci's support had, in a certain way, been the inspiration behind his decision to come out.

“She said, 'You need to figure out what's going on with your sexuality because you can't hate yourself anymore,'" he said, as Us Magazine reported, explaining how Mucci had "spearheaded" his coming out process.

This isn't the first time Angelakos has made headlines for opening up about his personal life.

The musician was diagnosed as bipolar as a teen and began discussing his mental health publicly back in 2012, when it became more and more difficult to hide from fans.

"I just didn't believe in lying about cancellations," he told NPR. "And I remember having to cancel a number of shows because I was hospitalized for I think about the fourth time. And I was like, 'This is what I deal with, and you can't lie.'"

Angelakos' mental health and sexuality are personal matters, yes. But it's important when they make headlines, too.

There is still significant stigma surrounding mental health, which makes asking for help a way more difficult task than it should be. And while acceptance of LGBTQ people is on the rise, we still live in an era where being queer means, in more ways than one, you're treated less than equal.

For Angelakos to speak candidly about how he both loved his wife and knew that he was gay speaks volumes about the complexity of sexuality and societal norms — a big gray area many people are trying to find their way through.

Although we live in a world that largely categorizes human sexuality into convenient boxes — man, woman, gay, straight — both gender identity and sexual orientation aren't so simple, as YouTuber Hank Green explains perfectly in one of his videos.

That's why it matters when people like Angelakos speak out about their own experiences: because it helps countless others who don't fit squarely into a box.

Support from fans poured in immediately.

After news broke about his sexuality, the musician assured his Twitter followers there was been a whole lot of love being thrown his way.

From the sounds of it, things are looking up for Angelakos.