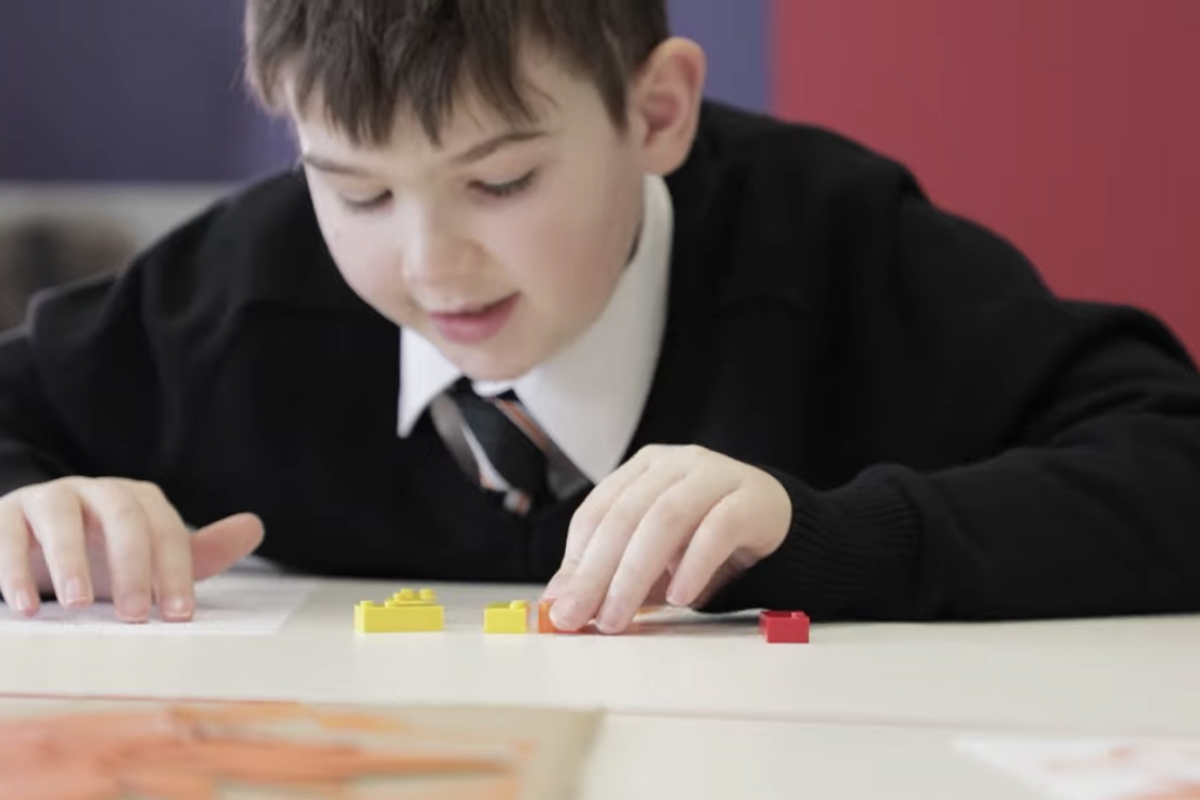 LEGO recently unveiled plans to roll out a set of bricks for use by the visually impaired. Using each LEGO brick's 3-by-2 grid of raised dots, the educational toy includes bricks imprinted with every letter, number, and mathematical symbol in the braille alphabet.

Why LEGOs? Well, the American Printing House for the Blind recently found that only 8.4 percent of visually impaired children read Braille, as opposed to 50 percent in 1960. With the advent of audio books and voice-to-text technology, reading and writing are becoming lost arts for the visually impaired, often for lack of resources or time — modern braille education methods include expensive "Braille writers" or a slate and stylus, both of which create text that is difficult for students to edit or erase. LEGO bricks are not only swappable, but children are already familiar with their mechanics!

There is a high demand for this kind of educational tool. The Danish Association of the Blind and the Dorina Nowill Foundation for the Blind in Brazil have both called upon LEGO to make something like this in the past decade — even making their own product, Braille Bricks, which will continue to be compatible with LEGO.

The Royal National Institute of Blind People in the United Kingdom is helping to develop the bricks. David Clarke, the director of the institute, is quoted as saying, "Thanks to this innovation, children with vision impairment will be able to learn Braille and interact with their friends and classmates in a fun way, using play to encourage creativity while learning to read and write." This is a truly wonderful partnership — pretty much a full redemption from when LEGO partnered up with Shell gas stations in 2014.

Smithsonian Magazine reports, "Currently, Lego has developed sets covering Danish, English, Norwegian and Portuguese, but will also have French, German and Spanish versions ready to go by the 2020 launch date."

"With thousands of audiobooks and computer programs now available, fewer kids are learning to read Braille," Philippe Chazal, Treasurer of the European Blind Union, recently said in a report by the National Federation for the Blind.

"This is particularly critical when we know that Braille users often are more independent, have a higher level of education and better employment opportunities. We strongly believe Lego Braille Bricks can help boost the level of interest in learning Braille, so we're thrilled that the Lego Foundation is making it possible to further this concept and bring it to children around the world."