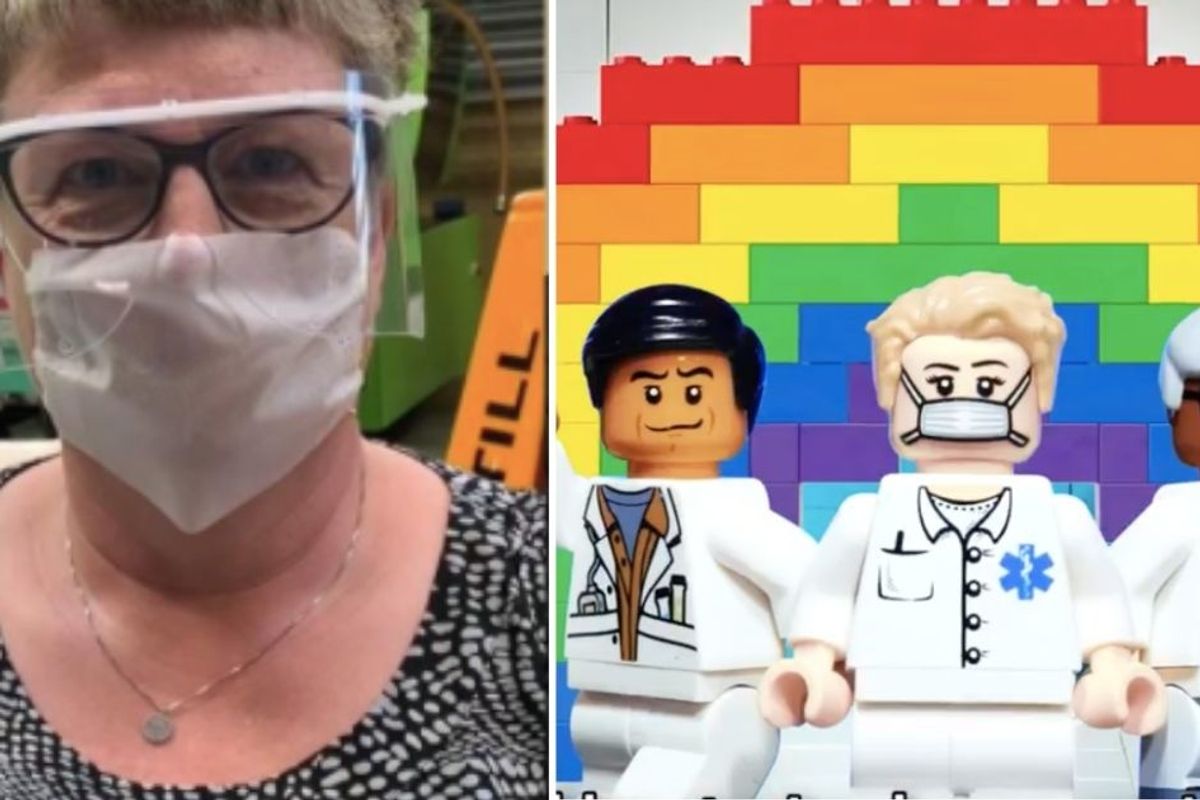 Danish toy company LEGO has announced that it is taking on the challenge of providing protective equipment for medical workers as PPE remains in short supply around the world.

Viruses primarily enter the body through the eyes, nose, and mouth. While masks cover the nose and mouth, some kind of barrier is needed to keep droplets from coughs or sneezes from reaching the eyes. That's why face shields are in high demand and why LEGO is using its plastic manufacturing expertise to create clear plastic visors for medical workers in Denmark.

The company announced its new production line on Instagram, writing:

"This week we began to make visors at our factory in Billund for healthcare workers on the frontline in Denmark. We are so incredibly proud of the team who made this happen. They worked around the clock to create designs and make moulds that can produce more than 13,000 visors a day. We are grateful to have such talented, dedicated and caring colleagues."

LEGO on Instagram: “This week we began to make visors at our factory in Billund for healthcare workers on the frontline in Denmark. We are so incredibly proud…”

Representatives from Denmark's healthcare system consulted with LEGO designers to create an effective visor, which has a wide, transparent shield and handles to go over ears.

LEGO is also giving away 500,000 building sets to children in need with their rainbow campaign. LEGO builders can:

1. Create a rainbow 🌈
2. Share it with #LetsBuildTogether
3. Tag 3 friends and nominate them to build and share rainbows!

The company says the rainbows are "symbols of hope," which is certainly something we can all use right now.

LEGO on Instagram: “Children around the world are making rainbows as a symbol of hope. Starting today, we want you to build and share rainbows, and we’ll…”

LEGO also partnered with the U.K. government to create a cute video encouraging kids to be superheroes by staying home during the pandemic.

LEGO on Instagram: “You're all awesome - but this weekend you can be even AWESOMER by being a hero and staying home to help to save lives 🌈 Here's a short…”

Thank you, LEGO, for being a good example of how businesses can work with governments and heathcare systems to serve the public during a public health crisis.