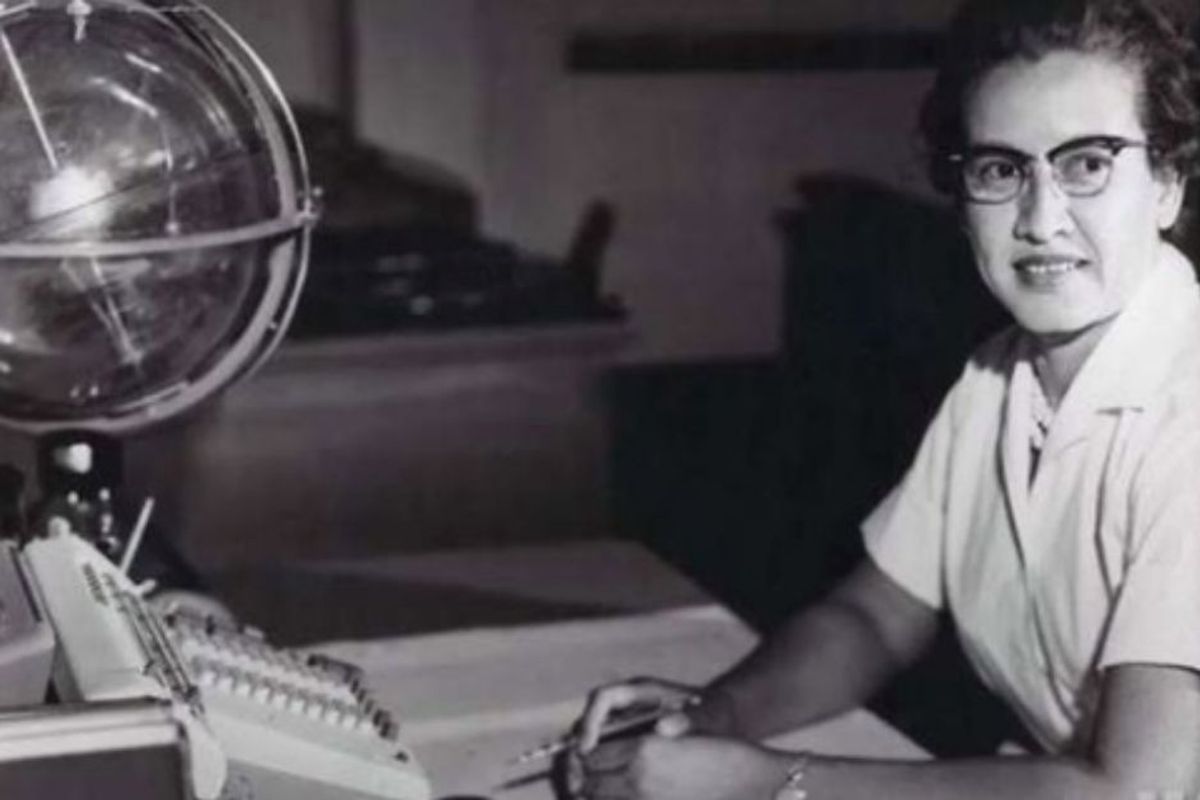 Today the world says goodbye to a legend. Katherine Johnson, whose invaluable work for the U.S. space program earned her countless awards, and whose profound success in the face of both sexism and racial segregation resulted in a feature film about her contributions, has passed away at age 101.

Prior to the 2016 film, Hidden Figures, most of us had no idea who Katherine Johnson was, despite the fact that she was responsible for many of NASA's early space flight calculations in the era before computers. Johnson was a "human computer," and a brilliant one at that.

In fact, she was so brilliant that when the first actual computers were used to determine the trajectory of the Friendship 7 mission, astronaut John Glenn insisted that NASA "get the girl" to double check the computer's calculations by hand. "If she says they're good, then I'm ready to go," Katherine Johnson recalled Glenn saying.

However, as a black woman in the 1950s and 60s, Johnson faced racial and gender discrimination both in society in general and in her chosen field. The infamous "bathroom speech" delivered by Taraji P. Henson as Johnson in Hidden Figures offered the world a taste of what the mathematician was up against.

Johnson worked for 33 years for the NASA Langley Research Center. In 2015, at age 97, Johnson was awarded the Presidential Medal of Freedom, America's highest civilian honor. In 2018, NASA renamed its Independent Verification and Validation Facility (IV&V) in West Virginia to the Katherine Johnson IV&V Facility.

A trailblazer in more ways than one, Katherine Johnson will be greatly missed.

"Our NASA family is sad to learn the news that Katherine Johnson passed away this morning at 101 years old," NASA Administrator Jim Bridenstine posted to Twitter. "She was an American hero and her pioneering legacy will never be forgotten."

Our @NASA family is sad to learn the news that Katherine Johnson passed away this morning at 101 years old. She was… https://t.co/XnoQ5OSmd0
— Jim Bridenstine (@Jim Bridenstine)1582553987.0

NASA also released a statement praising Johnson's legacy and her contribution to "raising the bar of human potential":

"NASA is deeply saddened by the loss of a leader from our pioneering days, and we send our deepest condolences to the family of Katherine Johnson. Ms. Johnson helped our nation enlarge the frontiers of space even as she made huge strides that also opened doors for women and people of color in the universal human quest to explore space. Her dedication and skill as a mathematician helped put humans on the moon and before that made it possible for our astronauts to take the first steps in space that we now follow on a journey to Mars. Her Presidential Medal of Freedom was a well-deserved recognition.

"At NASA we will never forget her courage and leadership and the milestones we could not have reached without her. We will continue building on her legacy and work tirelessly to increase opportunities for everyone who has something to contribute toward the ongoing work of raising the bar of human potential."