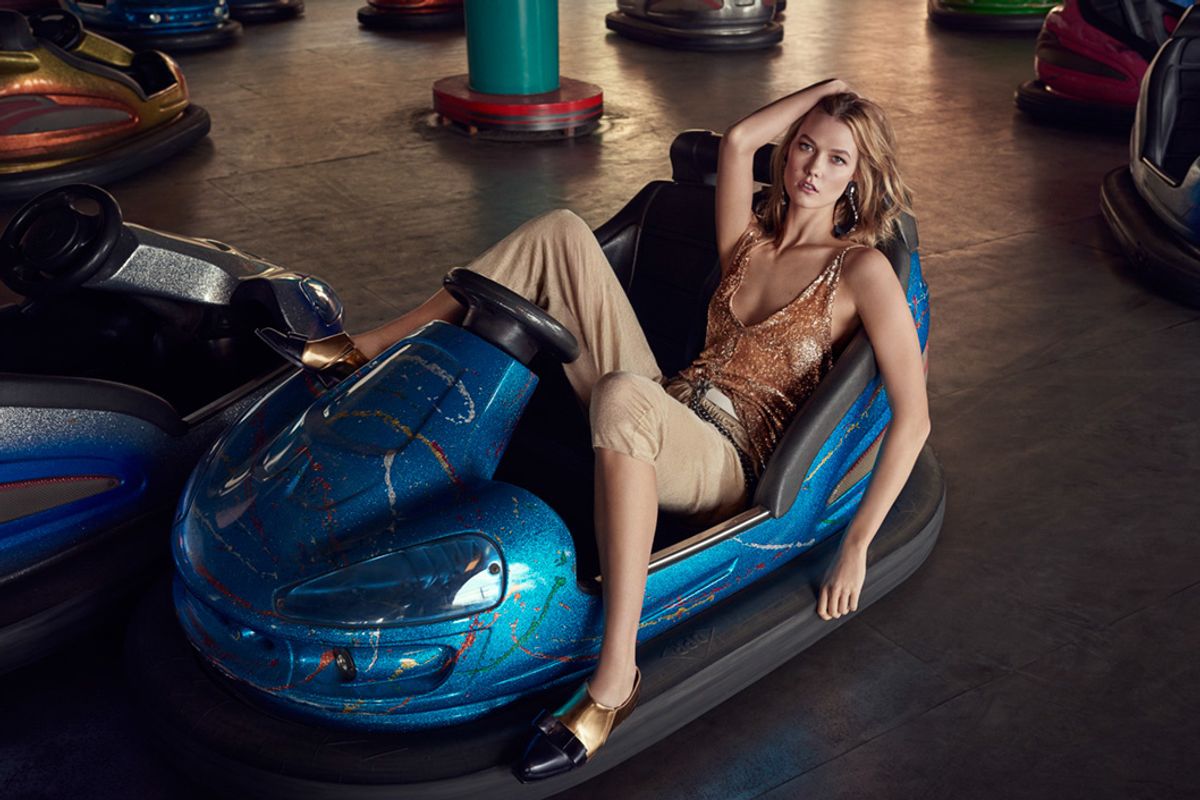 Karlie Kloss opened up about why she left Victoria's Secret, and it's both empowering and inspiring. The 26-year-old started modeling for Victoria's Secret in 2011 and quit in 2015 when she started studying at New York University. But it wasn't because she was going to school that made her quit, but rather what she was learning.

Kloss said she quit working for the lingerie company after studying feminist theory at NYU's Gallatin School of Individualized Study. "The reason I decided to stop working with Victoria's Secret was I didn't feel it was an image that was truly reflective of who I am and the kind of message I want to send to young women around the world about what it means to be beautiful," Kloss told Vogue U.K.

When it comes to feminism, Kloss doesn't just talk the talk, she walks the walk, and not just on the runway. "I think that was a pivotal moment in me stepping into my power as a feminist, being able to make my own choices and my own narrative, whether through the companies I choose to work with, or through the image I put out to the world," she continued.

Kloss has no regrets about her decision. "I think I was fearful that I would lose a job or lose my position if I said I didn't want to do something," Kloss said. "But I did not lose out on jobs. If anything, the more I exercised the power of my voice, the more I earned respect from my peers."

Confidence comes from inside, and Kloss said her decision made her feel better about who she is."I earned more respect for myself," she added. "Only now do I have the confidence to stand tall – all 6-foot-2-inches of me – and know the power of my voice."

Kloss ultimately returned to the brand in 2017, but times had changed since her initial departure. The #MeeToo movement had gained momentum, and Kloss felt modeling for Victoria's Secret would now be empowering."There's something really powerful about a woman who owns her sexuality and is in charge," Kloss told The Telegraph in 2018. "A show like this celebrates that and allows all of us to be the best versions of ourselves. Whether it's wearing heels, makeup or a beautiful piece of lingerie — if you are in control and empowered by yourself, it's sexy."

It's not easy to turn your back on such a highly-coveted opportunity, but we applaud Kloss for (cat)walking away because of her convictions.

An innocent tweet by sports reporter Marcel Louis-Jacques erupted into a great discussion where people tried to describe the indescribable. "There's an unnamed media member in here who has never had a Dr. Pepper and asked what it tastes like," he tweeted.

The question feels like a Zen koan such as "What is the sound of one hand clapping?" or "What do you call the world?"

Keep Reading Show less
women and girls
Get stories worth sharing delivered to your inbox
By signing up you agree to Upworthy's privacy policy.
Trending Stories
racism
Family