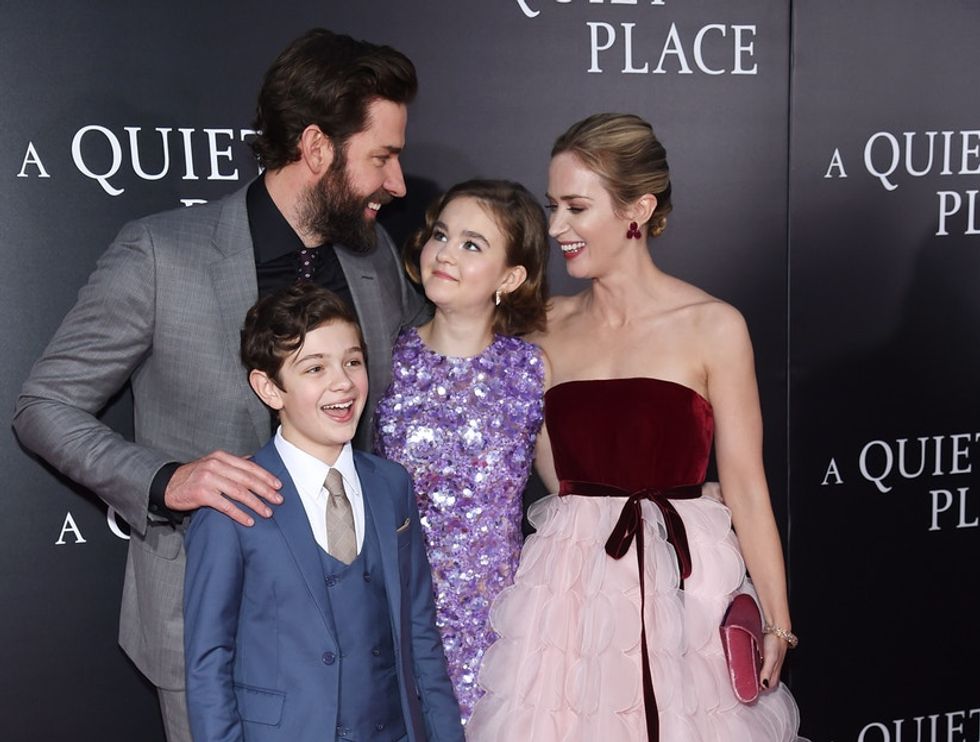 "A Quiet Place" features a deaf actress in a central role and it's a huge hit.

The horror thriller made over $50 million during its opening weekend, which is especially impressive for a movie that's not part of a franchise or a comic book. First-time director John Krasinski (aka Jim Halpert from NBC's "The Office") has received critical acclaim, particularly for insisting on casting Millicent Simmonds, a 14-year-old deaf actress, to play his character's daughter.

"After we landed on the concept, we had to define how people interacted in that world. How do you survive without sound?" co-writer Bryan Woods said. "The most important part of the film outside of its concept is the family and its issues. In our minds, the issues pre-date the monster event."

Woods and co-writer Scott Beck said that Simmonds casting changed the on-set dynamic, helping highlight the experiences and challenges a person who is deaf can have outside the larger than life confines of their script.

"We always had a deaf character in the script, but John really pushed for them to hire Millicent," Beck said. "She came to set and taught everyone sign language. It was really amazing and brought an extra depth to the film."

The casting is also an important lesson about inclusion that Hollywood can learn from.

Even in 2018, building bridges of inclusion is a struggle in Hollywood. It would have been easy for Krasinski to cast an actress who wasn't deaf. But in pushing for authenticity, he gave a perfect opportunity to an actress like Simmonds while also opening up his cast to an experience that brought greater depth to their own roles.

Other films have faced backlash for being less inclusive. The forthcoming film "Anything" was criticized for casting a cisgender man in the role of a transgender woman — even though the film's producer is transgender. While those behind the film acknowledged the criticism, it's just another example that Hollywood has a long way to go in pursuing diversity across all facets of production.

Audiences are supporting more diverse films with their hearts and their wallets.

Krasinski did the right thing and should be commended for that. And his screenwriters say it was smart creatively as well. Plus, over $50 million at the box-office is hard to argue with.

If the last few years have shown us anything it's that audiences are hungry for more inclusive forms of storytelling.

After all, "Black Panther" just passed "Titanic" on the all-time box office charts. With his own film, Krasinski showed us how to be more inclusive and he can take all of that goodwill straight to the bank.