In this city of 10 million, much of the water supply is controlled by dudes on motorcycles.

This new app is so simple, but it makes such a difference. 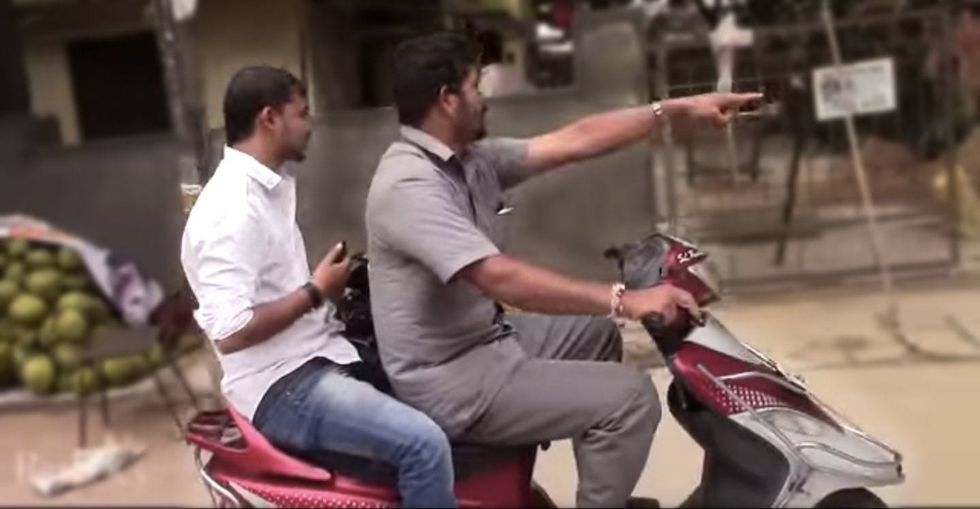 Imagine you live in a huge metropolitan city.

Your city has close to 10 million people, is widely known for its beautiful parks, and is sometimes referred to as a kind of "Silicon Valley" for its booming IT sector. But your city still has problems with one of life's most crucial resources...

In this city, you may have to stay by your tap for hours waiting for the water to turn on.

Why? Because the average household here gets 4.5 hours of water every other day. If you're wealthy, you can afford to put a water tank on your roof that will automatically turn on and fill itself. If you're not, you simply have to wait.

There is a schedule, but it's rarely accurate.

The water supply is controlled by valve-men who drive around (seemingly often on motorcycles) and manually open and close the water pipes for each neighborhood. Sometimes, they're late — maybe the pipes are broken, maybe they're sick, maybe their kid is sick, maybe their motorcycle has a flat tire — and sometimes they don't come at all.

But there's a new app that will tell you when your water's coming on (or not).

Enter NextDrop, a service that uses real-time data from the valve-men to keep residents informed, and then uses data from the residents to give the utilities feedback on where there might be broken pipes, low supply, or other issues. No more waiting by the tap for hours for water that will never come — simply wait for the text-message updates instead.

Where are you? This city is Bangalore, India.

Of course, NextDrop is not a perfect answer to Bangalore's water supply issues. No way! But an improved water supply and updated infrastructure will take years — if not decades — to construct. NextDrop is simply a great way to work within the existing system. It may not be perfect, but it's one heck of an improvement.

FACT CHECK: 10 million is a huge number! Are there really that many people in Bangalore (officially known as Bengaluru)? Yes. While the 2011 census counted just 8.5 million residents, Bangalore has since experienced ridiculously rapid growth. Both World Population Review and India Online Pages estimate the current population to be greater than 10 million.