I asked 2 experts what I should know about money and happiness. This is what they said. 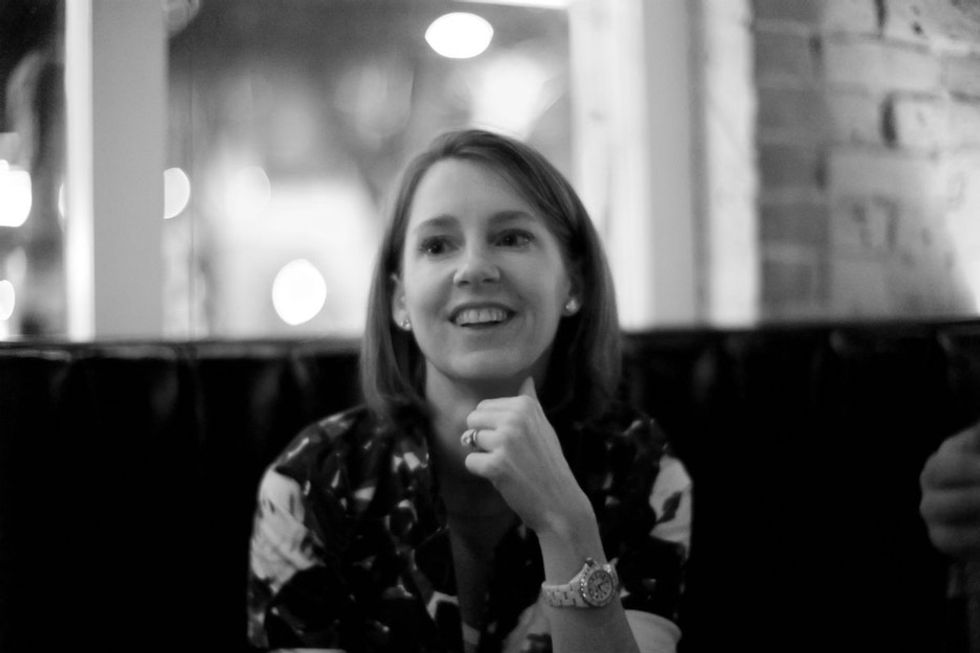 It has long been said that "money doesn't buy happiness."

Then again, it's also been said that money does buy a WaveRunner, and it's impossible to be sad while on a WaveRunner.

GIF via "The Meredith Vieira Show."

But figuratively speaking, could buying a WaveRunner possibly result in happiness?

No one denies that buying things can feel good. But is there a difference between buying things that make us happy and actually buying happiness?

What are the most important things we should know about the relationship between the things we buy and our emotional well-being?

An influx of cash may alleviate some of your worries in the short term (mainly because it frees you from having to worry about money), but it won't do much to improve your general state of happiness in the long term unless you are doing the right things with it.

"If you're trying to decide whether or not to spend your money, anything that deepens or broadens relationships is probably a good idea," says Rubin.

"Should you go to your college reunion or spend that money going to a friend's wedding? Yes, because that's going to make you happier than a new pair of boots."

"Once you have enough money to live comfortably, to get yourself a place to live, a car to take you back and forth to work, and enjoy yourself once in a while, more money beyond that isn't shown to measurably increase happiness," says Chatsky.

Is that really true? According to a Nobel Prize-winning study by Princeton University, the answer is yes!

Princeton's research team polled nearly a half-million Americans about their daily mood and income and found that lower income is associated with lower emotional well-being. They also found that the ceiling tends to top out at around an annual household income of $75,000 in most parts of the world. The researchers hypothesized that threshold could be the level at which people have enough money to spend time with people they like, keep themselves healthy, and enjoy leisure time.

According to the UN's annual World Happiness Report, the happiest country in the world last year was Denmark, which somehow achieved this despite not even landing in the top 10 countries with the highest per-capita GDP or annual income.

This might be due to the fact that the reference point for what exactly is considered "wealthy" in countries like Denmark tends to be lower across the board than here in America, according to Chatzky.

Isn't it true that when we see the new car in our neighbor's driveway or the photos of our coworker's vacation in Bali, the inherently competitive part of our personalities comes out? It seems to place that desire for more above the things we as individuals actually require to be happy.

"You can't just assume that this experience or this project will increase my happiness because everybody talks about how great it is. You have to think about what's true for you."

"What tends to matter more than the actual numbers are whether you tend to have more or less than the person in the next office or the family down the block," says Chatzky.

"It's very easy to just go along with what 'everybody says,'" echoes Rubin.

"Everybody says it's fun to go out drinking. Everybody says it's fun to go skiing, but do you really enjoy that? I've heard from so many people who were like, 'You know, when I really stopped and thought about it, I realized I was doing all this stuff because I was just going along.' You can't just assume that this experience or this project will increase my happiness because everybody talks about how great it is. You have to think about what's true for you."

"What I learned from years of research is that what you have is not nearly as important as how much control you have over the money you have," says Chatzky.

Some of us can do more to achieve happiness with $30 than others can with $3,000, and it all relates back to the ways in which we are spending it.

"Money is like health. When we don't have it, it really affects us in the negative, but when we do have it, it's easy to take it for granted."

With today's technology, it's become more complex than ever. One-click shopping sites that automatically store your credit card information may be convenient, but they have also fueled our tendencies to spend money on "impulse buys" that we later regret.

"Money is like health. When we don't have it, it really affects us in the negative, but when we do have it, it's easy to take it for granted," says Rubin.

Indeed, the effect that poor money management can have on our happiness is similar to the effects a poor diet can have on our health. We know that a direct correlation between the two exists, but we often avoid it because we are convinced it's too late to change our ways.

Human beings have always been creatures of habit, yet we usually only tend to acknowledge this phenomenon when discussing the habits that negatively influence our lives. The truth, however, is that it's just as possible for us to develop positive spending habits in order to better our emotional well-being.

There are many attainable goals that will directly influence your levels of happiness, according to both Chatzky and Grubin. They suggest small things like regularly monitoring your spending habits, automatically deducting 5% of your paycheck into a savings account, or paying your bills as they come in instead of all at once.

"Anything that's convenient, you're more likely to do," mentions Grubin. "Automatic savings requires no effort. If you're shopping, shop with a basket, not with a cart. The more inconvenient it is to carry that stuff around, the less likely you are to buy it."

You see, laziness can be used for good after all! (*turns on television*) (*binge-watches 10 straight "30 Rock" episodes*)

Are you more likely to spend money with a credit card or with cash? Do you really need that expensive coffee on the way to work each day, or the biweekly trips to the tanning booth?

"Getting on a path so that you know where you want to go, and that there are benchmarks between you and that goal for you to knock down ... to know that you're making progress is one of the easiest ways to make yourself happy."

You are the only person who can make the changes necessary to ensure your happiness, and the first step in doing so is acknowledging the impact that money has on it and taking the correct measures to improve the relationship between the two.

"Getting on a path so that you know where you want to go, and that there are benchmarks between you and that goal for you to knock down ... to know that you're making progress is one of the easiest ways to make yourself happy," says Chatzky.

"The thing about money is that it really pulls us down more than it lifts us up," adds Rubin. "It's important to cultivate a gratitude for when you do have enough money, because if you're not worrying about it, you don't realize what a huge role it plays."

It all boils down to making sure you are truly investing in your happiness, not just trying to buy it.

It's all about balance. So, whether it's that new pair of boots, that definitive collection of Biggie's greatest hits, or that annual ski trip in Aspen — if it's serving you, then it's good to spend! But before you do, just make sure you can still afford the mortgage payment or that unexpected blown tire when you get back.

Money may never be able to buy happiness in and of itself, but it can help provide you with the stability that makes happiness a much more attainable goal.

Maybe not a "bulldog in sunglasses riding a WaveRunner" level of happiness, but happiness nonetheless.