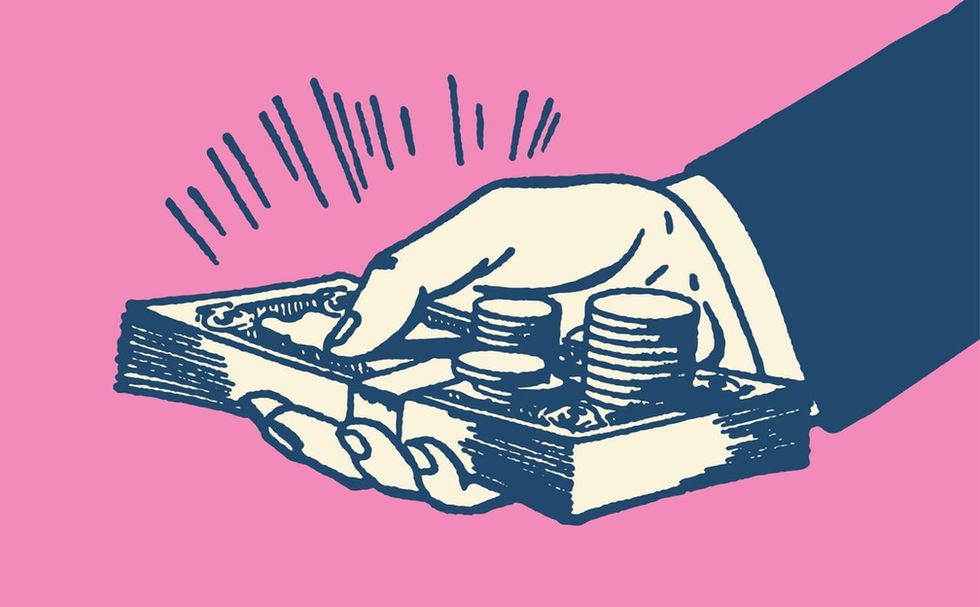 You may have heard $75,000 is the magic household income for happiness.

But what, exactly, does that mean?

In a landmark study a few years ago, Princeton University researchers Angus Deaton and Daniel Kahneman set out to definitively answer the question of whether money buys happiness. If anyone is equipped to answer that question, it's these two. Both have won the Nobel Prize in economic sciences: Kahneman in 2002 and Deaton just last year in October 2015.

In their study, they analyzed over 450,000 responses from people across America about their annual income and overall happiness to get at the relationship between the two. They broke down their findings using two metrics: emotional well-being and life evaluation.

Emotional well-being is basically how you feel your life is going on a daily basis — your everyday happiness or joy, or, conversely, stress or sadness. ("How are you today?")

Whereas life evaluation is an overview of your entire life and how you see it going — how pleased you are with where you're at. ("How's life treating you?")

Deaton and Kahneman found that low income is associated with low emotional well-being.

Poverty makes it so that misfortunes such as getting sick, divorce, and being alone are felt even more. As income rose, though, emotional well-being rose consistently alongside it.

The thing is, happiness through emotional well-being didn't change too much beyond $75,000. Once that point was reached, people were basically just, "I'm good."

In the discussion section of the study, the researchers offer a possible explanation: "Perhaps $75,000 is a threshold beyond which further increasesin income no longer improve individuals' ability to do what mattersmost to their emotional well-being, such as spending time withpeople they like, avoiding pain and disease, and enjoying leisure."

Life evaluation, on the other hand, just kept rising with the income.

So if we're talking about satisfaction, sure, more money leads to more. (I mean, if you make a million bucks a year, you can probably conclude that life is treating you PRETTY GOOD.)

But the thing is, when talking about happiness, what really matters in life are the good times you have with friends and family.

Let me leave you with some food for thought.

The Census shows that in 2014, 63.8% of U.S. households earned less than $75,000. More shocking is that although the average household income historically is right around that $75,000-happiness mark, the median household income is just around $54,000 — which indicates most households in the U.S. fall almost $20,000 short of the magic number.

Now that doesn't necessarily mean that all those households are chronically unhappy, but what it does mean is that a large amount of Americans may not have the level of income necessary to spend time with loved ones, avoid pain and disease, and have enough leisure time.

America is still one of the richest countries in the world, yet so many continue to fight for these basic needs. Maybe it's time we close the gap between so few having so much and so many having so little. In fact, this incredible CEO is already doing his part.

Because if the $75,000 threshold has taught us anything, it's that life shouldn't be about the exorbitant amount of money you could be making. But rather, how happily we could all be living.