He was celebrating his team's best season ever. That's when he ran into the NYPD and broke his leg.

Thabo Sefolosha was getting ready for the NBA playoffs when his season came to an abrupt end. 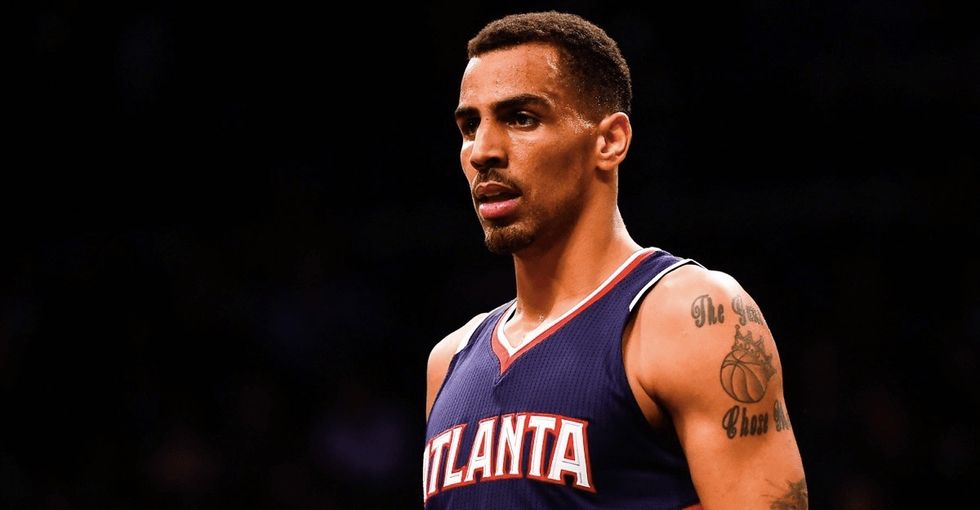 In the early hours of April 8, 2015, one of the best basketball teams in the NBA lost a crucial player to a very unexpected injury.

Atlanta Hawks forward Thabo Sefolosha was celebrating with friends after his team's 96-69 thrashing of the Phoenix Suns when he allegedly suffered a fractured leg after being put in a headlock and thrown to the ground by police outside of a New York City nightclub.

Police claimed that Sefolosha had interfered with efforts to set up a crime scene in the area near where another NBA player had been stabbed.

Sefolosha's leg injury required surgery, which put an end to his season.

Days later, he released a statement confirming he had sustained injuries from police during his arrest.

The initial reports put out by police claimed that Sefolosha and teammate Pero Antic were asked "six times" to leave the scene of a crime.

One officer claimed that he "observed the defendant Thabo Sefolosha run in an aggressive manner towards the direction of Police Officer Daniel Dongvort," and "Officer Dongvort's back was facing the defendant at the time."

The real question here is: Had the police not forcibly subdued Sefolosha, would he have been injured at all?

Without Sefolosha, the Hawks eventually lost in the playoffs to the Cleveland Cavaliers.

Remember, this is the world of sports, where people obsess over whether or not Tom Brady rubbed his (foot)balls too hard or whether or not LeBron James has a sore wrist. So, why wouldn't news of a player missing the entire postseason allegedly as the result of an interaction with the police be a part of the conversation?

That's what The Nation's Dave Zirin wanted to know: Why doesn't the sports media seem to care?

In an article titled, "An NBA Player Is Missing the Playoffs Because the NYPD Broke His Leg — Why the Sports-Media Silence?" Zirin explores the question, concluding that one of the main reasons we haven't heard about this is because journalists self-censor (emphasis mine):

"The more I spoke to people, the clearer it was that this story has not garnered more coverage because of how the media police themselves. One person at Yahoo Sports said to me, 'We censor ourselves. We're risk-averse. White columnists feel like they'd get the story wrong, and black columnists don't want the responsibility and risk of having to be the ones to write about it. We end up in a state of paralysis.'"

And while it's certainly possible the Hawks would have lost to the Cavaliers even with Sefolosha playing, it's worth remembering why he wasn't there.

Police violence — especially the kind aimed at young black men — has been (and should be) a major story. And while Sefolosha wasn't shot like Mike Brown and wasn't choked to death like Eric Garner, his story follows the same, all-too-familiar narrative of an unarmed black man being attacked by police officers.

While this particular story is about a player missing some games, not about a person being murdered by police, it's still worth asking why we haven't heard more about it.

Because if a story involving a professional athlete can fly under the radar like this, just imagine how many other, lower-profile cases we haven't heard about.