He tried to insult an opposing player by calling him 'gay,' but the ref didn't stand for it. 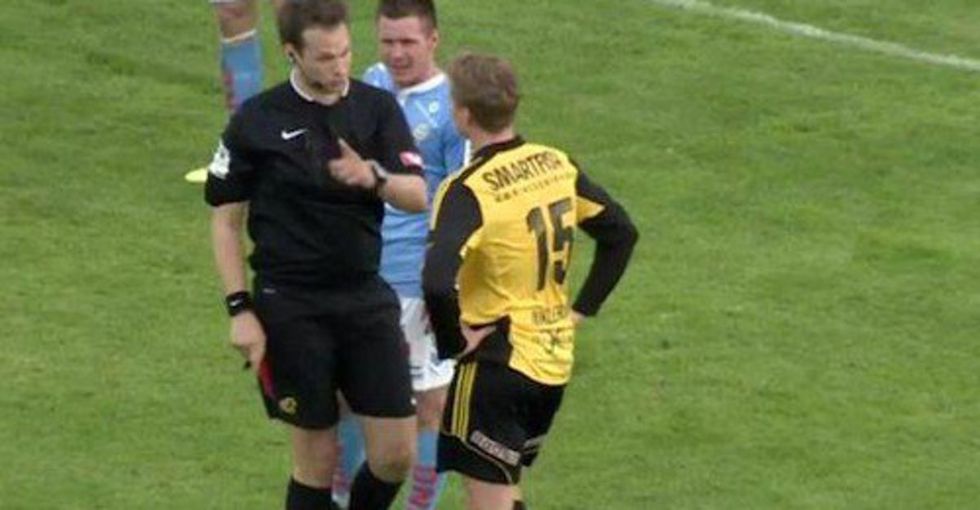 Using "gay" as a slur is something that most kids grow out of by the time they're old enough to know right from wrong.

It's an epidemic that seems to run especially rampant among among pro athletes.

That was the old script.

And when Norwegian soccer player Simen Juklerod tried to insult an opponent by calling him "gay" during a recent match, he wasn't ignored, or tolerated, or slapped on the wrist.

The ref threw him out of the game. On the spot.

According to some accounts, this is the first time a player has been ejected from a professional soccer game for using a homophobic slur. Which is awesome. 'Cause it's about time.