Hate vs. debate—a tale of two e-mail responses to an article I wrote 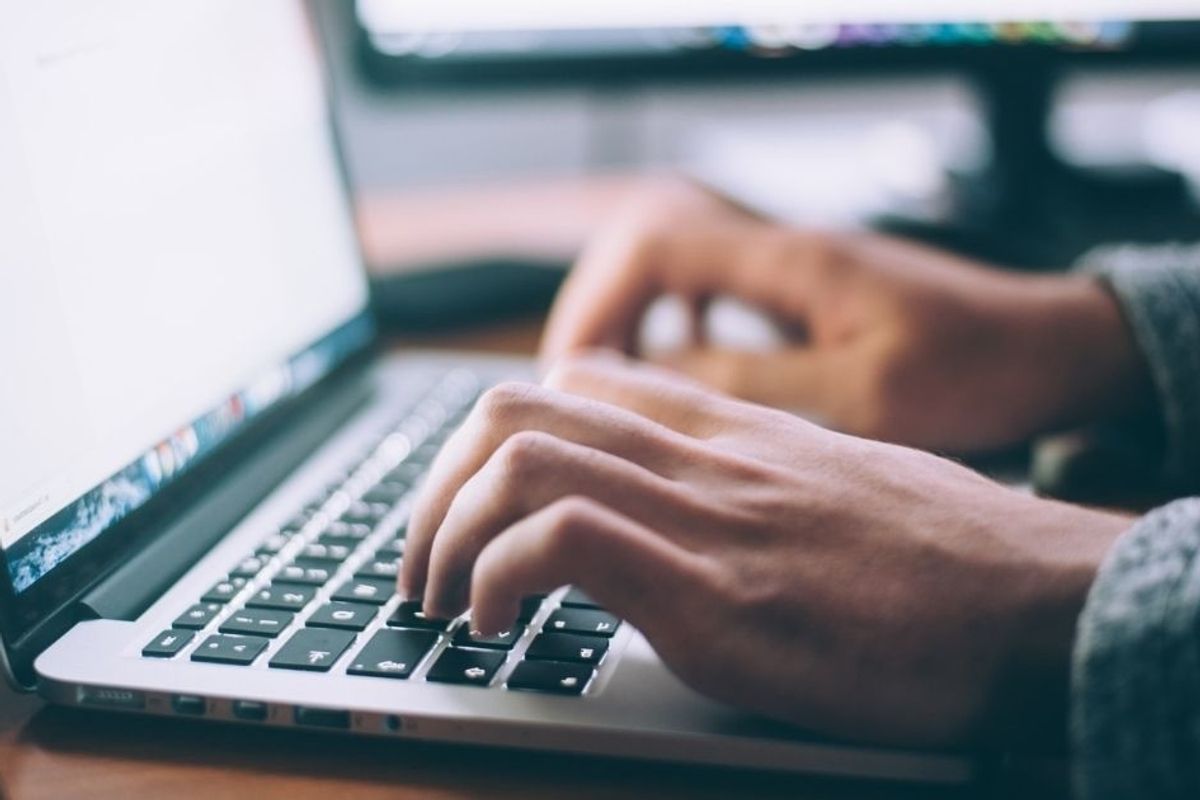 Photo by Glenn Carstens-Peters on Unsplash

I've been writing for the people of the internet for more than a decade, so I'm used to my fair share of hate mail. I don't generally share the details of my inbox with the public (choosing instead to send screenshots to my close friends so we can vent about the insanity of the world together), but two e-mails I received from people who had similar complaints about an article I wrote seem like they offer a lesson of sorts about how we should—and shouldn't—communicate with each other.

A few months ago, I wrote an article about some people's reactions to the murder of Cannon Hinnant, a 5-year-old North Carolina boy shot and killed by a neighbor while out riding his bike in front of his house. It was a terrible, tragic story. Anti-BLM forces quickly jumped on it, complaining that the national media didn't cover the story like they would if the races were reversed (Hinnant was white, his killer was Black). A #SayHisName campaign accompanied the complaint, usurped from the BLM movement. My piece pointed out the reasons why that complaint was problematic.

You can read the piece here if you want the context for the emails I'm going to share with you.

As with many articles I write, the reactions were split. I got messages from people thanking me for expressing exactly what they had wanted to say, and messages from people who vehemently disagreed. I always a bit amazed when people take the time to track down my e-mail address to share their thoughts on what I write, and I generally appreciate it, even when they're writing to tell me they disagree with me. But the disagreement messages for this article were on a whole other level.

If it were just the one horrible message, I'd write it off as just some whacko. But I got multiple messages and comments that were boiling over with hatred. I had to block one guy from my Facebook page for dropping in to address me—a woman he has never met—as a "hypocritical bitch" and a "f*cking c*nt" with no other arguments made. (Out of curiosity, I took a peek at his profile and found out he was a fitness/performance coach who had volunteered with a kindness initiative. Interesting, huh?)

But the cherry on top of this article's hate mail sundae was this email from a man named Edger. Prepare now for a bunch of profanity. (You might also need a key for this: gfy = go fuck yourself, pos = piece of shit, msm = mainstream media.)

Your liberal pos article telling us not to compare Cannon Hinnant's murder to the scam blm bs or politicize the tragedy is unbelievably fucked up bitch. THAT is exactly what you motherfuckers have been doing for six fucking months over this blm scam bullshit, so gfy you scumbag pos!!!

We are sick of you leftwing blm socialist scam artist destroying America and will fight to the death for our country. And we will win.

I pray one or better yet all of your kids get cancer and die, so you can feel the pain of what you liberals have done to this innocent family and Americans with your cold hearted liberal left wing politically motivated articles and tweets. All of you heartless and trashy liberal degenerates will pay dearly one day, God willing.

CNN, MSNBC and CNBC did not pick up the story until just a few hours ago and only after the outrage of their deafening silence was raised loudly by patriotic Americans, unlike you msm liberals pos assholes.

You pathetic pieces of shit do not come close to understanding how angry we all are, but you will in November, you corrupt vermin.
HOW DARE YOU EVIL FUCKING SCUM.
FU!!!"

So fun, right? Clearly, the dude has some issues, but this is really not too far off from public comments I receive on Facebook regularly on my articles. Our public discourse has devolved into radicalized idealogues spewing the anger and hatred their chosen media outlets keep them coming hooked on instead of actually discussing ideas and issues.

But it doesn't have to be this way.

Another email I received on this article exemplifies the kind of disagreements we can and should have, even if we're coming from totally different perspectives.

First if I want to say I'm sorry you were subjected to all those vulgar tirades from those that did not like your article on Cannon. Those were uncalled for and just immature.

But that is not to say I agree with your article. There are some flaws or liberties you took with your argument. The 30 second google search on news stories does come up with hits, but most from Thursday or Friday of last week. When the murder took place on Sunday. One very local News to NC Did report it on Sunday night.

Second, you wrote, on average, three children are killed every day. But that includes those over the age of 12. I don't think 16 thru 18 year old count as children. Those over the age of 12 make up half of the three children. If you focus on the 8 and under group(Which is more appropriate for this case), it's more like one per day. And I'd be willing to bet, In not one case, did a man walk up to a child in the street and shoot him point blank in the face. Just the heinous of this crime should have made more of a National splash.

I am not asking for demanding justice. His killer was caught.

But in these days of all this racial unrest, I truly believe that, if the races were reversed, this would have been the first story on Good Morning America on Monday morning. Wouldn't you agree? Or at least agree that is a good possibility? Of course I can't prove that and can't cite any examples of when this actually happened.

Anyway, I wanted to write and share my thoughts. I am just so tired of the media bias.

Now, that's a message I can do something with.

The obvious lesson here is "Be like Mike, not like Edger," but how do we get people to do that? As I said, I've been writing on the internet for 10 years. I've written about all kinds of contentious topics, from racism to breastfeeding in public. Up until this year, the foulest message I'd received was on an op-ed I wrote five years ago about not assuming every family does Santa Claus—a take that earned me a "Stop being such a whiny c*nt and stop f*cking up your kids" message to my personal Facebook page. I get messages like that regularly now.

There are ways to discuss our perspectives—assuming your perspective isn't wrapped in denying someone's humanity or basic human rights—with civility and reasoned arguments. I am happy to debate issues and do so frequently, but it's impossible to have a discussion with someone who says they hope your kids get cancer and die. Hatred like that is cancerous itself, but unfortunately it feels like its metastasizing throughout the body politic.

I wish I had a perfect answer for how to stop it, but I don't. All I know is that we won't survive this if we don't figure out something quick.