Feminist blogger has tough advice for mothers with lazy husbands: 'Divorce his ass'

She says lazy men are "replaceable." 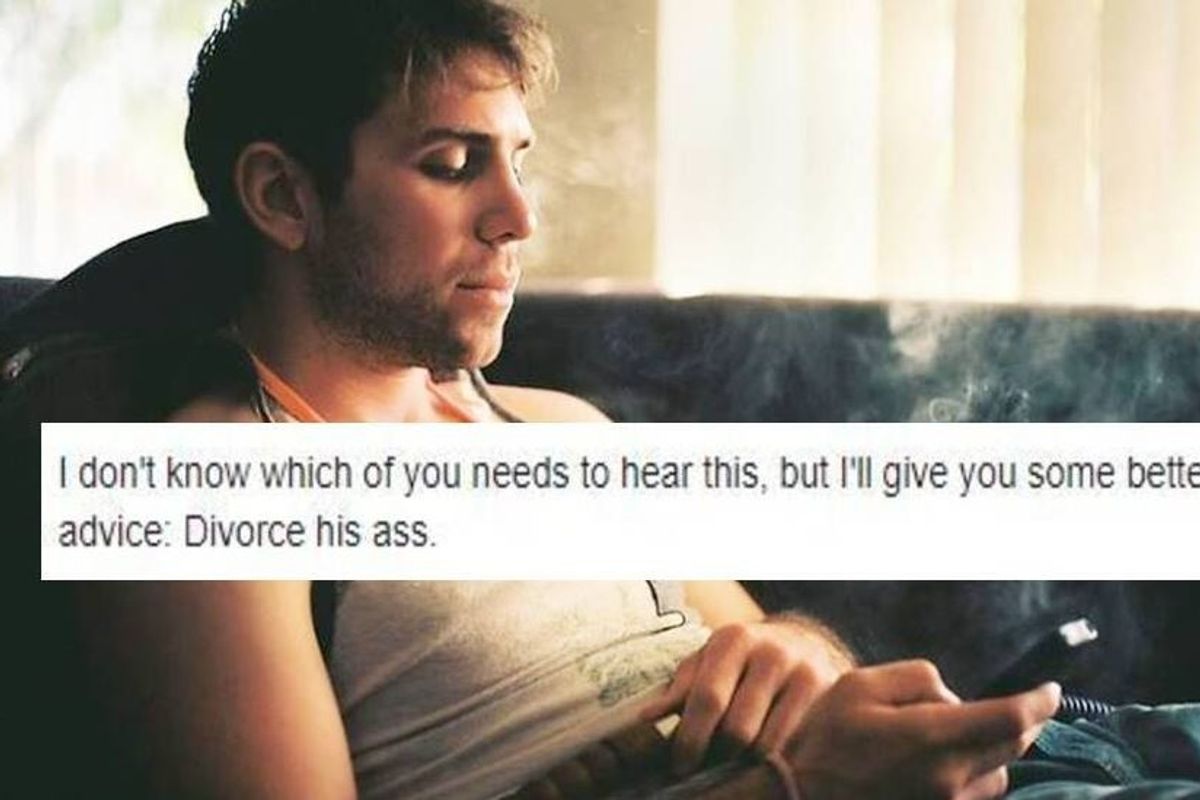 Two years ago, when I was a new father, I went to a party and had to change my son's diaper.

As I was changing the diaper, a young mother came into the room with her baby daughter for a change as well.

"Oh wow, you change diapers," she remarked. "My husband doesn't."

I was taken aback by the comment because the idea that some men aren't changing diapers in 2017 seemed completely crazy. My head was swimming with questions:

How does this guy sleep at night knowing that he's not pulling his fair share?

Why does this woman put up with it?

What the hell is the rest of this couple's marriage like?

Why the hell am I changing this diaper if some men don't have to? (Just kidding.)

Blogger Zawn Villines is going viral for a Facebook post where she takes on lazy dads for not pulling their fair share. She also chastises the women who put up with it saying they should kick their men to the curb.

The controversial post may be seen by some as victim-blaming, while others may see it as a much needed wake up call to women who put up with lazy men.

The post has over 24,000 shares over the past two months.

RELATED: The story behind this viral photo shows why mom-shaming needs to stop

The post was inspired by the countless posts Villines has read by exhausted women whose husbands don't pull their own weight.

"The problems are all some variation of 'I just gave birth/am up half the night breastfeeding. Why do I have to also make dinner and clean while my spouse watches TV?' Villines wrote.

"The advice is always the same: Be gentle with yourself. You can't do it all. Parenthood is hard. Blah blah blah," she continued. "I don't know which of you needs to hear this, but I'll give you some better advice: Divorce his ass."

This cultural norm where a man buys his free time with his partner's labor, suffering, and sometimes with the literal destruction of her body is misogyny on steroids.

Men are not innately incompetent or lazy or incapable of doing their fair share. Tell that jackass to get off the golf course, get his ass home, get up in the middle of the night with the baby, and start earning the right to stay married.

And remind him that not all men are this way, and that a dude who doesn't do his fair share is not exactly a prize. He is replaceable. Lazy men who think you should have to work 168 hours a week while they work 40 are easy to find.

If my spouse can pull his weight while litigating police and prison death cases and dealing with the unending horror of our current legal system, then your Johnny Do Nothing husband can manage to get up with the damn baby and stop blaming your postpartum depression on your woman hormones.

If he gets free time and you don't, if he gets to sleep and you don't, if you have to do the grunt work and he doesn't, guess what. It's not an accident. He knows exactly what he is doing. Division of labor imbalances in marriage are a form of spousal abuse.

The post was especially resonant with a commentator named Kayla.

It's the crux of ideological dominance (in contrast to physical dominance) to have the oppressed group regulate their own oppression, and this is seen so clearly regarding this topic—straight women will defend male laziness and entitlement to the point of desperation and delusion, and in my experience I've found it difficult to be tangibly supportive of such abused and taken-advantage-of straight women because sometimes they will agree with the above sentiments but later resent you for it when they continue to stay.

Regardless of one's opinion on this post, we can all agree that lazy men who waste their time playing video games, sleeping or watching TV while their partners work themselves into exhaustion s need to grow up or get out.

Related Articles Around the Web
moms with lazy husbands
Design