"For all intents and purposes, I'm a woman." Caitlyn Jenner opens up about a decades-long struggle with gender dysphoria. 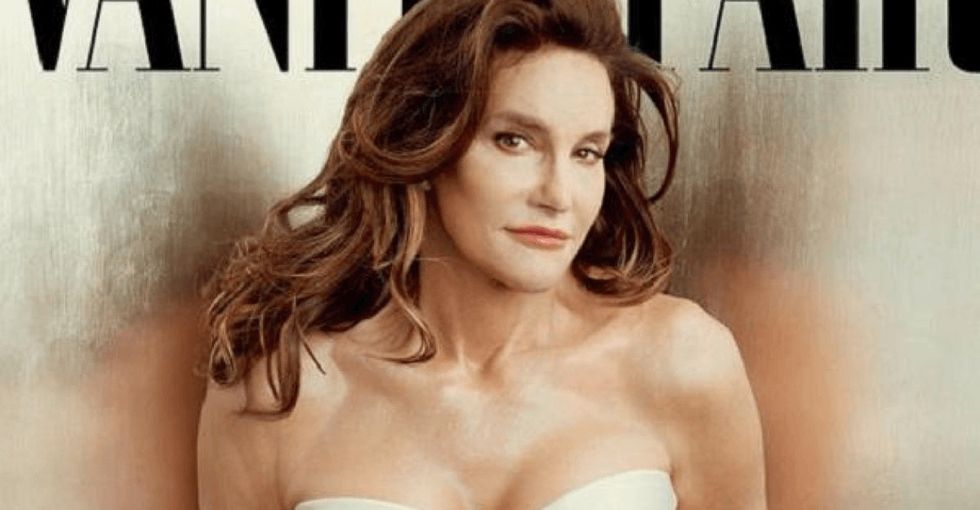 UPDATE 6/1/15: This post was originally published on April 24, 2015 after Jenner spoke to ABC's Diane Sawyer. It has since been up to reflect Caitlyn's name and proper pronouns as announced on the cover of Vanity Fair on June 1, 2015.

On April 24, 2015, in an interview with ABC's Diane Sawyer, Caitlyn Jenner came out as a transgender woman.

In a powerful two-hour interview, Jenner opened up about a lifetime of wrestling with a gender that never quite fit. For the first time, publicly, Jenner said the words, "For all intents and purposes, I am a woman."

On June 1, 2015, Caitlyn Jenner appeared on the cover of Vanity Fair.

Jenner has been a household name since winning the gold medal in the 1976 Olympic decathlon.

Jenner was known by many as the "greatest athlete on earth" and was one of the first people to land a spot on the front of a Wheaties box. Jenner became an American hero in such a way that only an athlete can.

And more recently, Jenner has been known for the reality TV show "Keeping Up With the Kardashians."

It's important to remember that this is still one person with one very unique set of personal circumstances.

Though it might be tempting to use Jenner as a template for all trans people, doing so wouldn't really be accurate. Trans people are diverse, and what one trans person pursues (medically or socially) another might pass up.

All identities are valid, whether they fit neatly inside the gender binary or not.

Jenner isn't the first public figure to come out, and while none of the people who have come before Jenner have had quite so much name recognition, they all lived openly trans lives.

Christine Jorgensen was a woman who in 1952 became one of the first American women to have undergone a transition-related surgery.

Her face was plastered alongside headlines like "Ex-GI Becomes Blonde Bombshell." Society hadn't really figured out how to talk about trans people just yet.

In 1977, trans tennis player Renée Richards won the right to compete in that year's U.S. Open.

No, she didn't dominate the tennis world. But still, her achievement is important because of the legal precedent it set.

In 2009, Chaz Bono came out as a transgender man in an interview with Entertainment Tonight.

He's the son of Cher and Sonny Bono (Holy famous family, Batman!), and prior to coming out, he worked in LGBTQ activism under his birth name. He's arguably one of the world's most famous living trans people (if not the most famous one) and was given a boost when he was cast on a season of "Dancing With the Stars."

Laverne Cox has been on an absolutely meteoric rise to fame.

She was nominated for an Emmy for her role on "Orange Is the New Black," she's the first out trans person to appear on the cover of Time magazine, and she was just named one of People magazine's most beautiful people for 2015!

Her trailblazing ways are opening doors for other trans actors and actresses.

Laura Jane Grace shocked her fan base when she came out during a 2012 interview with Rolling Stone.

For years, she's been the primary singer/songwriter for the band Against Me! and at the age of 32, she came out as a woman. The following year, she and her band released "Transgender Dysphoria Blues," an album of songs with heavy trans overtones.

Every day, it seems like fresh new trans faces are popping up, doing awesome things.

Like Aydian Dowling, a trans man hoping to land on the cover of Men's Health.

Each person has their own path, their own story, and their own life. As you can tell from the list above, those people come from a range of backgrounds, hold a range of political views, and relate to their gender in their own unique way.

This is why invasive personal questions don't really tell the person asking much about trans people as a whole.

So, if this is all stuff that shows how different trans people are from one another, what do we know about them?

For one, we know that trans people who are accepted by their families tend to lead a significantly better life.

One of the biggest fears that many trans people face as they're coming to terms with who they are is that their families will reject them.

Now, obviously, there's no telling whether acceptance actually causes those improved circumstances. But those numbers are nothing to scoff at. Acceptance can (and likely does) save lives.

We also know that knowing a trans person increases the likelihood that someone will support trans causes.

This is why visibility is so important! It's less easy to discriminate against someone when you know them.

Several health organizations, such as the American Medical Association, have made their stance on trans-related health care clear: It's not elective.

Those who seek it need it.

It's important to remember that there is no "right" way to be transgender.

The boy who knows who he is at age 5 is just as valid as the woman who comes out publicly in her early 30s.

As you can see on the chart below, people figure themselves out at various ages, and they pursue transition — whether it's medical, social, both, or neither — at different ages.

Validity has nothing to do with age.

Validity has nothing to do with medical procedures.

For those who do pursue medical transition — which is to say that they plan to undergo some combination of hormone therapy and/or surgery — the age at which they begin to do so ranges as well (and as you'll note, some don't even want/need it).

62% of trans people surveyed have had hormone therapy, and 23% would like to have it, which leaves 15% of all trans people either uninterested or unable to go on.

Validity has nothing to do with sexual orientation.

And trans people are extremely diverse when it comes to their sexual orientation. (Reminder: Sexual orientation and gender identity are two very separate characteristics.) Check it out:

Congratulations to Caitlyn Jenner for opening up about such a personal issue. May the coming years result in a better understanding of trans individuals, a less hostile world, and respect all around.

A new study found 4 different categories of couples. Where do you belong?