Budweiser tries to apologize for old sexist ads by re-doing some of them for today’s woman. 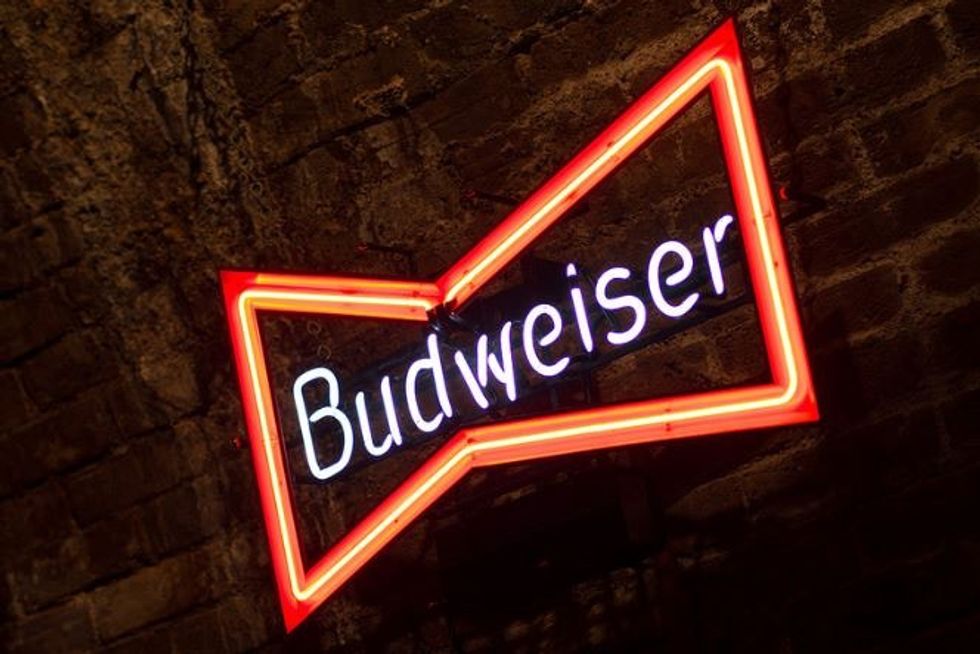 There are three big reasons why sexist beer ads have fallen by the wayside over the past few years.

1. Millennials are turned off by sexist advertising that degrades women.

2. Craft beers are taking up big shares of the marketplace and their emphasis on quality means more shots of quality hops and less shots of long legs.

3. More women are drinking beer and beverage companies would rather not turn off potential female customers.

On International Women’s Day, Budweiser issued a semi-apology for its long history of sexist ads by reimagining three that ran between 1956 and 1962. The new ads transform the images of women from subservient servers of the frothy brew to empowered consumers who love to pop open a cold one and unwind.

The campaign was created in collaboration with SeeHer, an organization devoted to the accurate portrayal of women in media and advertising.

1956: A woman opens a large pot on the stove as a man enjoys a foamy schooner of Bud. Why can't she have a beer, too?

2019: After a woman’s favorite Chinese food is delivered, she cracks open a Budweiser to enjoy some time to herself.

1958: A woman pours her man a Bud while he fixes what looks like a rotary phone. Because he obviously can't pour one for himself.

2019: A man and woman cheers each other while they appear to be moving into a new home. There’s also a nice big pizza on the floor that looks like delivery so it wasn’t cooked by the woman.

1962: This one is really sexist. In this ad, the woman is in a bridal get up and thinking about how she married two men, the one that’s packing up their luggage for their honeymoon and his inner self that needs to feel “contented.” How can she make him feel fulfilled? By making “delicious dishes” complemented by the “best beer ever brewed.”

2019: The headline says it all in this one: “She Found She Has it All.” The woman isn't fulfilled because she makes a mean pot roast for her husband, but because she has a diverse group of girlfriends and they love having a Bud together.

The flag used to have 15 stars, the Pledge of Allegiance started out as a marketing gimmick, and 10 more Flag Day facts.

There's a whole lot of story behind the American flag.

The Stars and Stripes, Old Glory, the Star-Spangled Banner — whatever you call it, the United States flag is one of the most recognizable symbols on Earth.

As famous as it is, there's still a lot you might not know about our shining symbol of freedom. For instance, did you know that on some flags, the stars used to point in different directions? Or that there used to be more than 13 stripes? How about a gut-check on all those star-spangled swimsuits you see popping up in stores around the Fourth of July?

We'll explore these topics and more in this fun list of 12 facts about the U.S. flag that you might not know about.

Keep ReadingShow less
walmart
Get stories worth sharing delivered to your inbox
By signing up you agree to Upworthy's privacy policy.
More

A pediatrician's viral post will bring you to tears and inspire you to be a better person.

It's incredibly easy to incorporate these lessons into our lives.

Pediatrician Alastair McAlpine gave some of his terminal patients an assignment. What they told him can inspire us all.

"Kids can be so wise, y'know," the Cape Town doctor and ultra-marathon enthusiast posted to his Twitter account. He asked the young patients, short on time, about the things that really mattered to them.

Keep ReadingShow less
Get stories worth sharing delivered to your inbox
By signing up you agree to Upworthy's privacy policy.
Trending Stories
insightful
Pop Culture