Bill Murray's response to the all-female 'Ghostbusters' should shut down the haters. 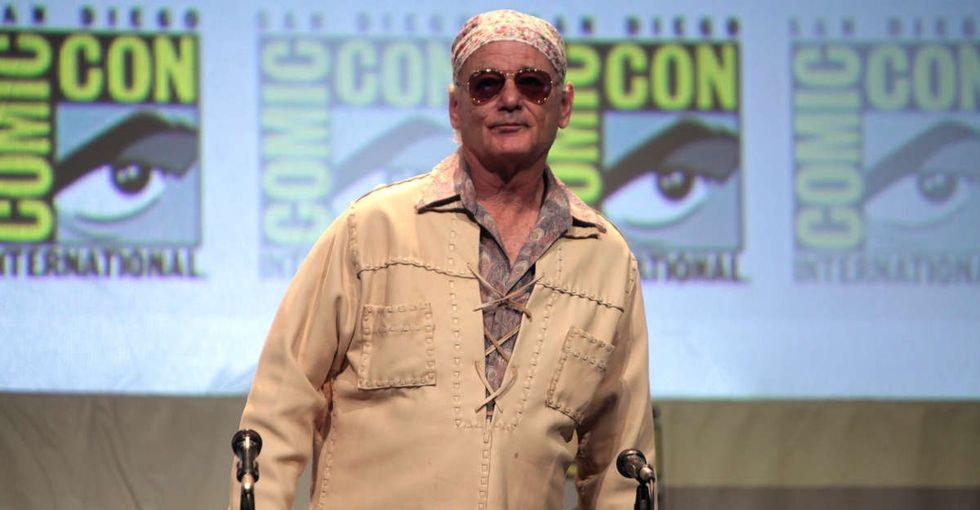 When the new "Ghostbusters" movie was announced, there was dancing in the streets.

But soon, a terrible realization began to dawn on diehard fans of the original: The new ghostbusters — who had previously been men — were going to be played by women.

And lo, the backlash began. Trailers were down-voted. Angry comments proliferated. Brave critics took to their keyboards, angrily denouncing a movie about shooting ghosts they hadn't seen yet.

One person who wasn't here for the backlash? Original ghostbuster and noted man Bill Murray.

Murray appears in the new "Ghostbusters" movie, after — according to the actor — turning down numerous opportunities to make further installments in the original series.

Which raises the question: Why this one?

"Because I knew these girls were funny," the actor said in an interview on "Jimmy Kimmel Live!"

It goes without saying that Murray knows what funny is.

Murray on a yacht, presumably after dropping a mic. Photo by Pierre Teyssot/Getty Images.

And he has a point: The cast of "Ghostbusters" includes some of the funniest actors working today. They just happen to be women.

...who spends every waking hour being hilarious in everything she does (witness her frequently epic "Weekend Update" appearances).

...who has been a breakout star on "Saturday Night Live" and owns the best political impression since Tina Fey's Sarah Palin.

If you were casting a "Ghostbusters" movie in 2016, these are the people you would cast, regardless of gender.

Which doesn't mean the movie is going to be good. It could be! It could also be terrible. Like any huge summer blockbuster, it could land somewhere in between.

Right now, no one knows, because basically no one has seen it yet.

But one thing is clear: If the "Ghostbusters" reboot does fail, it won't be because they didn't choose the best people for the job.