Benedict Cumberbatch is fed up with politicians turning away Syrian refugees, so he cursed them out. 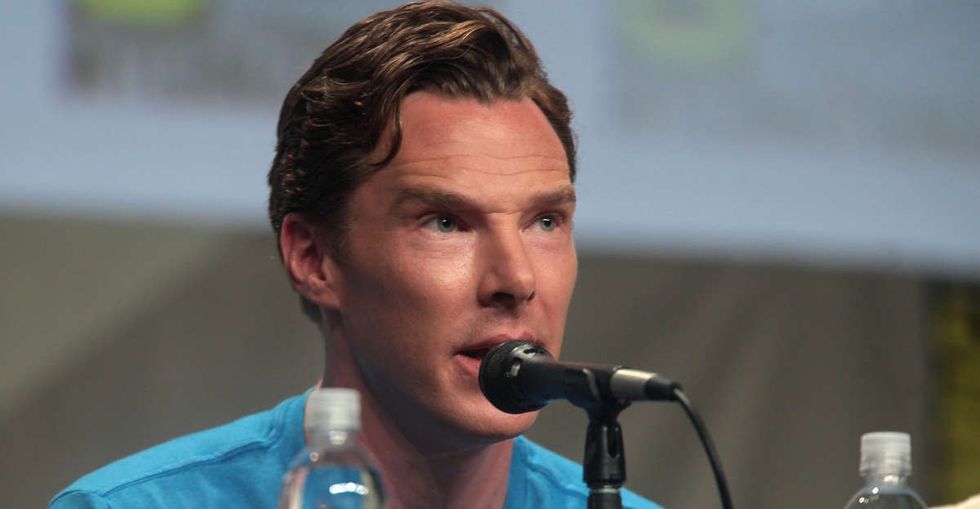 On Tuesday night, actor Benedict Cumberbatch took aim at the governments of the world for not doing enough to help the waves of Syrian refugees crossing into Europe.

"F*** the politicians," he said, according to numerous sources.

The actor unleashed after a London production of "Hamlet," in which he's starring. Many in the audience reportedly cheered in agreement.

These are people who are fleeing war, death, or worse.

Many refugees have left because staying in Syria means risking their lives. Others are running after being conscripted into the army and forced to kill fellow Syrians. Still others are victims of torture or sexual violence.

The experience is probably best summed up in a poem that Cumberbatch read on stage after the performance, according a report in The Guardian:

"No one puts children in a boat unless the water is safer than the land."

What can be done?

Per Cumberbatch, it's time for Western governments to put up or shut up. More countries can, and should, follow Germany's example and open their doors to people whose only goal is to save their own lives and the lives of their families. And it's time to elect politicians who are willing to do that.

It's the right thing to do.

And it might just inspire Cumberbatch to get up on stage and say: