Atlantis is old-school 'fake news.' A college class used it to teach an important lesson. 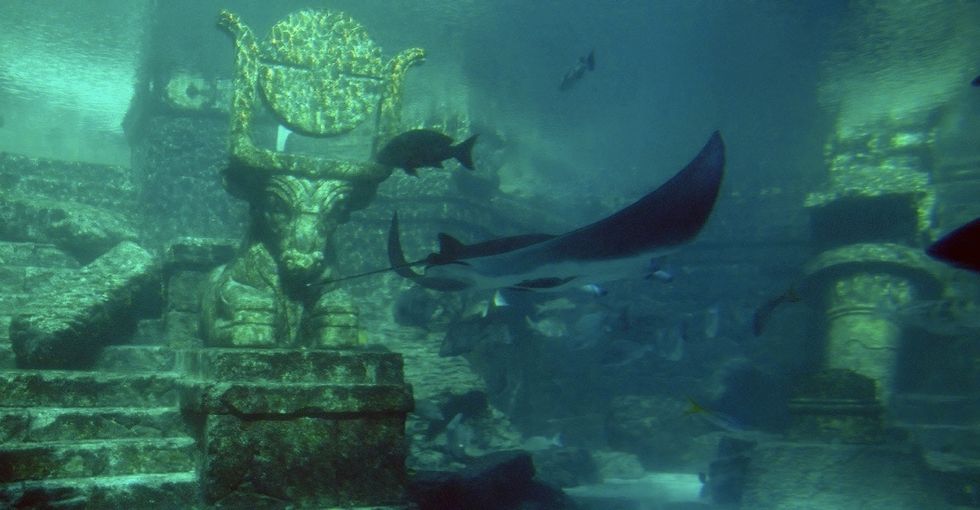 What classes did you take in school? Algebra? Biology? How about, Is Atlantis Real 101?

If you went to North Carolina State University in the fall of 2014, that’s one of the options you might have been given. It was part of an experiment by two professors to test how to teach critical thinking skills.

Critical thinking is one of the cornerstones of an active mind, but it's usually not explicitly taught in schools. We demand it, but don't show kids how to do it. Instead teachers assume that, somewhere in between book reports and volleyball, students will just pick up critical thinking skills. McLaughlin and fellow professor Alicia McGill wanted to put that assumption to the test.

So to study critical thinking, the researches called in none other than Bigfoot himself.

They compared 117 students in three courses. Half were enrolled in a standard psychology research course. The other half went to one of two special courses on historical frauds and pseudoscience.

The history courses included textbooks on analyzing and debunking myths. Students also got textbooks like "From Stonehenge to Las Vegas: Archaeology as Popular Culture" and learned some of the more common logical fallacies. They honed their skills through analyzing websites, class debates, and discussions about myths such as Bigfoot, the lost continent of Atlantis, or aliens building the pyramids.

At the start of the courses, researchers surveyed students' beliefs in various pseudoscientific claims. Students rated how much they believed them on a scale of 1 to 7. The researchers surveyed the students again at the end of the semester and compared the classes. The surveys included both beliefs covered in the courses and ones that weren’t, like crop circles, the illuminati, and 9/11 being an inside job.

The researchers found by the end of the course that the history and Bigfoot group were significantly less likely to believe in pseudoscience. The psychology course? Didn’t see a difference.

The study's conclusion: Critical thinking isn't something that can just be picked up. It has to be explicitly taught.

No aliens here, sorry. Have you checked Roswell? Image via iStock.

McLaughlin says she was surprised that the psychology course seemed to change so little. It was a rigorous course steeped in logic, after all.

"I thought we had stacked the deck against ourselves by choosing such a tough control group," McLaughlin says. This suggests that more knowledge doesn't necessarily translate to more critical thinking.

"I think our work shows just how important it is to be explicit about critical thinking as a skill," she adds. Like playing a musical instrument, it takes practice.

For people outside the course, McLaughlin says there's plenty people can do to hone their own critical thinking skills. She pointed to Carl Sagan's "baloney detection kit" as a particularly good resource.

But the end, McLaughlin said the results are heartening.

"The change we see in these students is important because beliefs are notoriously hard to change," McLaughlin says. Just trying to push facts at people can actually dig erroneous beliefs in deeper. So it was affirming to see that, in the end, the students were not only able debunk specific myths but also apply those skills outside the classes.

McLaughlin and McGill's paper was published in the journal Science and Education on March 20, 2017.