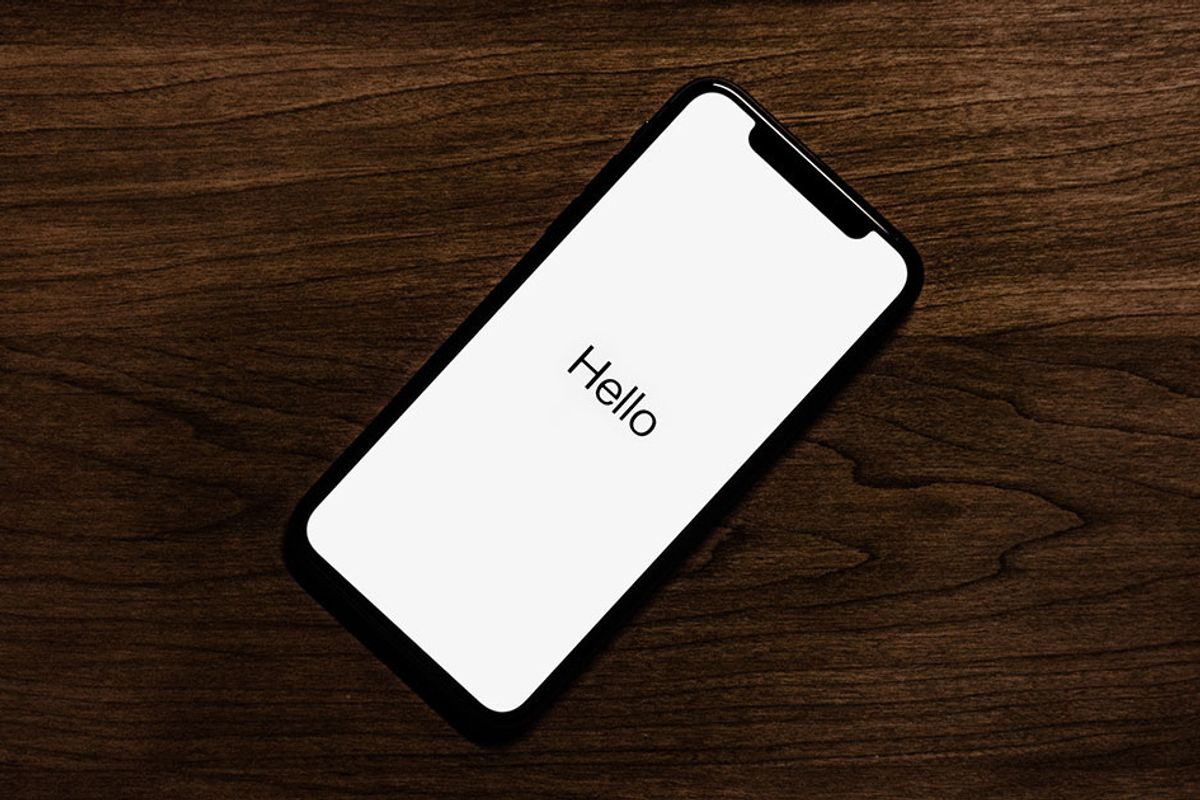 Photo by Tyler Lastovich on Unsplash

The hardest words to say are, "I'm sorry," but Apple (surprisingly) doesn't have a problem saying them after a whistleblower revealed that human strangers were listening to your private conversations. Apple commendably went a step further and actually fixed the issue that makes it feel like your phone is eavesdropping on you.

The unnamed whistleblower told The Guardian that Siri records conversations as a form of quality control called "grading." The purpose was to allow Apple to improve Siri, but it ended up feeling like one huge privacy violation.

It turns out, Apple's voice assistant could be triggered accidentally, even by muffled background noises or zippers. Once triggered, Siri made audio recordings, some of which included personal discussions about medical information, business deals, and even people having sex. The percentage of people yelling out, "Hey Siri!" while getting it on is probably very small.

RELATED: After someone tried selling her nude photos, Sia shared them on Twitter

To make things worse, the recordings were listened to by third-party contractors, not Apple employees. "[T]here's a high turnover. It's not like people are being encouraged to have consideration for people's privacy, or even consider it. If there were someone with nefarious intentions, it wouldn't be hard to identify [people on the recordings]," the whistleblower told The Guardian.

Apple did the right thing and apologized for the practice. "We know that customers have been concerned by recent reports of people listening to audio Siri recordings as part of our Siri quality evaluation process. We realize we haven't been fully living up to our high ideals, and for that we apologize," Apple said in a post.

Not only that, they changed their policy to address the concerns revealed in The Guardian article. Now, Apple will no longer record conversations as a default. If you want to share your conversations with Apple so they can make improvements on Siri, you have to specifically opt in. Apple will also stop using third-party contractors to listen to the recordings. Quality control will be left to Apple employees who will review computer-generated transcripts instead of recordings. Any accidental recordings will be deleted.

RELATED: IT pros share some crucial lessons on how to avoid getting hacked

Technology has made our lives easier, but it's also ushered in a whole slew of privacy concerns. It's hard not to feel like your phone is your own personal telescreen from "1984," but worse because at least telescreens didn't have addictive Snapchat filters. Why should privacy be the trade-off just because we want the convenience of being able to say, "Hey Siri, what's the difference between a dolphin and a whale?" It's nice to have the peace of mind that we can make robots do our bidding without feeling like they're spying on us – at least when it comes to our iPhones.

From Your Site Articles
Related Articles Around the Web
Inclusivity

A beautiful story out of Paris, Arkansas (population 3,413) shows the power of representation and how it can have an incredible effect on a child's life.

Stephanie Robertson, 52, received a Progress Pride flag last year from her son, Levi, 30, and she's had it up throughout the month of June. Stephanie is a retired lieutenant colonel in the Army Reserve who currently works part-time as a support specialist for the Forest Service at Ozark St Francis National Forest.

"She was excited to hang it up for the first time this year and kept it hanging up outside her home all throughout June," Levi told PinkNews.

A beautiful story out of Paris, Arkansas (population 3,413) shows the power of representation and how it can have an incredible effect on a child's life.

Stephanie Robertson, 52, received a Progress Pride flag last year from her son, Levi, 30, and she's had it up throughout the month of June. Stephanie is a retired lieutenant colonel in the Army Reserve who currently works part-time as a support specialist for the Forest Service at Ozark St Francis National Forest.

"She was excited to hang it up for the first time this year and kept it hanging up outside her home all throughout June," Levi told PinkNews.

The U.S. women's soccer team national anthem controversy isn't at all what you think it is

A ballet company's response to one football fan's sexist insult on Facebook was epic.