American Eagle underwear had an increase in sales. These 10 unretouched pics are maybe a clue why. 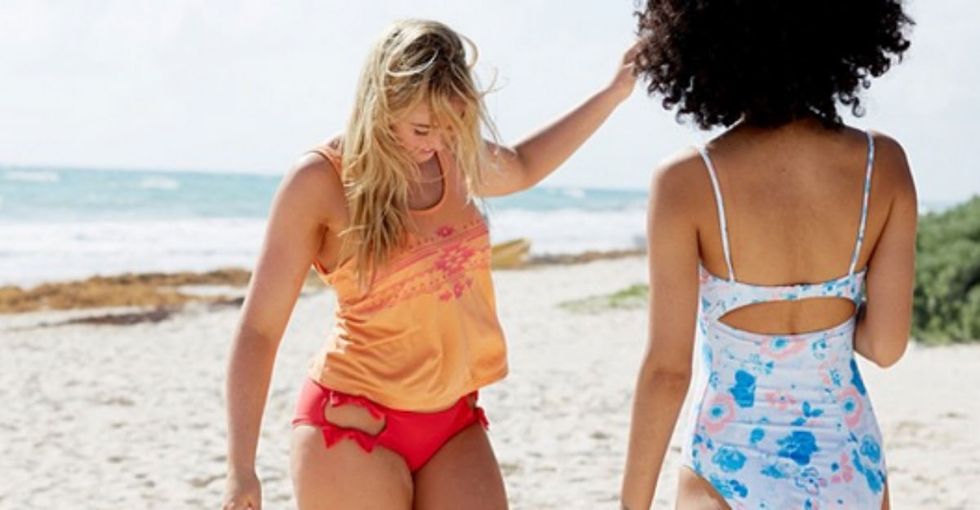 This article originally appeared on 07.17.15

As their CEO Jennifer Foyle said in a statement in 2014, "There is no need to retouch beauty."

The results were beautiful.

After putting the nix on retouching, quarterly comparable sales for Aerie were up 9%.

The brand uses the hashtag #AerieReal to let its fans know that the photos remain unretouched.

Model Iskra Lawrence, featured below kicking around on the beach, told Elle:

"I love my body and really don't see myself as a size but more of a shape."

Stomachs being stomachs are cool by them, too!

Yes, some of these models have what the mainstream already traditionally thinks of as "great" bodies. But for some reason, the usual practice is to airbrush and retouch even THAT.

And to their credit, in case the model bodies don't do it for you, the brand has also posted photos of non-model, everyday women using the hashtag #AerieReal to spotlight the glory that is the unretouched photo on all types of shapes and sizes.

Frankly, no one needs Aerie to tell them that it's OK for them to have a body and to love it without a filter. But if you ask me, more brands could get OUT of the game of body shaming and INTO the game of body positivity like Aerie.

And if Aerie is any example, body positivity is profit positivity.

I can agree with that!