A Virginia man responds thoughtfully when asked if immigrants are taking coal jobs. 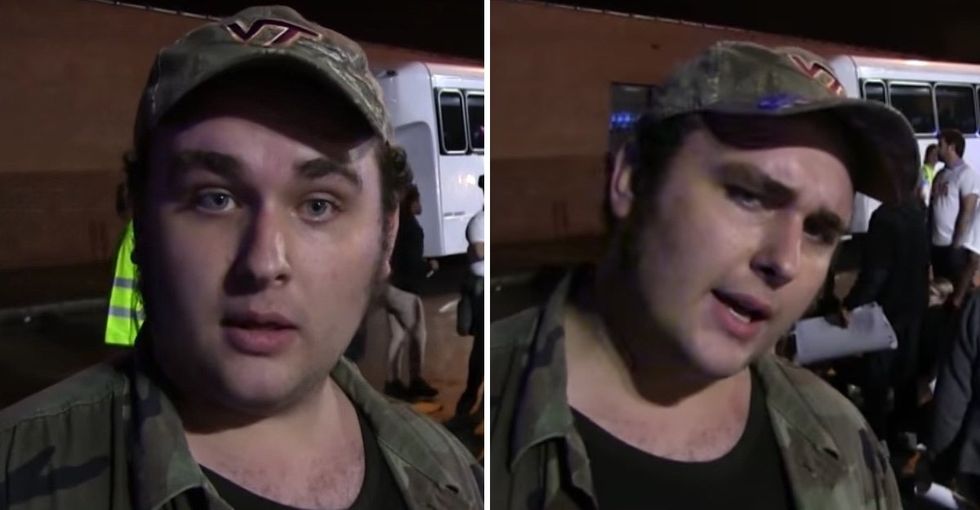 Meet Nic Smith. He's got some powerful things to say.

In the video below, he lays out the facts pretty clearly as to why. Really bluntly.

If you don't have time to watch all of his powerful answers, here are the highlights of what Nic had to say:

Yeah, Trump has claimed he's going to bring back all the coal jobs. But according to experts, those jobs are just not coming back, between automation of systems and lower demand for the polluting energy source. From 2008-2012 alone, the coal industry lost almost 50,000 jobs while natural gas, wind, and solar all had huge gains in the same time period.

"Even if they did," he continued, "would you be blaming the immigrants or the people that hired them? The only reason they'd hire an immigrant over an American citizen is if it benefits their wallets."

He's right. The reality is that uneducated immigrants are vying for different jobs than American workers.

In a second video, Nic explains how little he earns, by waiting tables at the local Waffle House. He makes $2.35 per hour plus tips, unless those tips are less than minimum wage, then he makes $7.35 per hour. He'd make more as a cook on the grill on most nights than he does as a waiter, but even that isn't enough to support himself. It's only $15,000 per year.

In Dickenson County, Virginia, where Nic lives, 1 in 5 people live below the poverty line, and the average income is barely half that of the rest of Virginia.

4. "[Trump supporters] are desperate to believe in something."

The reason many blue-collar workers and low-income people in the coal industry voted for Trump? "There's 80% [of people], they're struggling day to day," Nic says. "The only industry they've got there is coal, and they're trying to hold onto what little bit there is. And they really don't care what it takes to keep that industry there or bring it back. "

If there's one thing Nic hopes people take away from his interview, it's that we can't ignore people in dying industries.

"If we invested in Appalachian people and helped diversify the economy, these people would stop clinging to coal," he says. "There is a culture-wide Stockholm syndrome we have with the coal industry, and people don't get that."

You can learn more about Fight for $15 here.