A scientist schooled a climate denier on Twitter, and J.K. Rowling was loving it.

J.K. Rowling is at it again. And we love her for it. 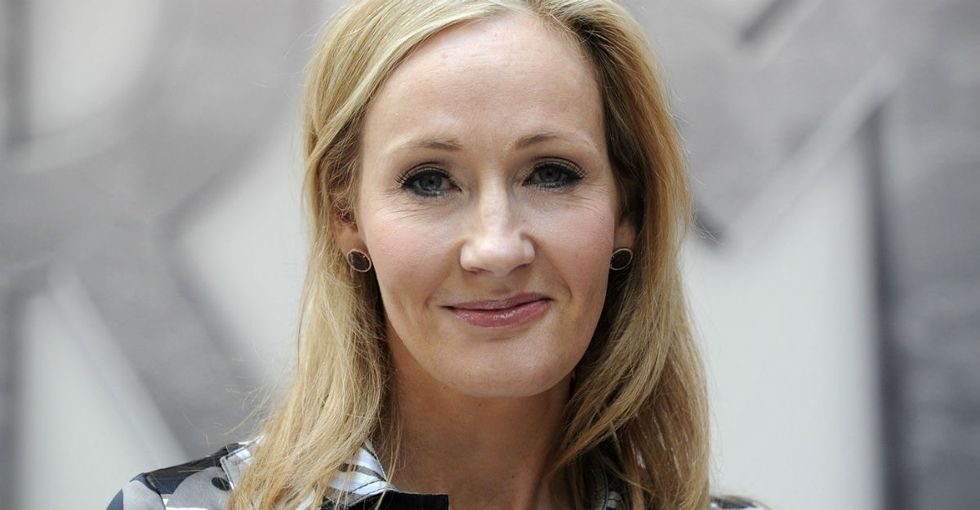 Honestly climate change scares the heck out of me and it makes me so sad to see what we're losing because of it.
— Katie Mack (@Katie Mack)1471273351.0

Climate change is a terrible, horrible, no good, very bad thing. And if anyone knows this to be true, it's scientists like Mack.

Mack, in return, kindly let Jackson know that astrophysics is, in fact, actual science, and she's certainly qualified to have an opinion on the matter.

"Pretty much whenever I mention climate change on Twitter, people show up out of nowhere to argue with me that it's not real or that humans didn't cause it,” Mack said. "It's fairly rare that I'll make the effort to have a discussion at all, because it generally boils down to them accusing me of holding up some kind of vast conspiracy, or not understanding how science works.”

One of them was famed Harry Potter author J.K. Rowling.

J.K. Rowling loved the Twitter exchange so much, she shared a screengrab of the back and forth, adding her own two cents.

"The existence of Twitter is forever validated by the following exchange," Rowling tweeted.

That tweet definitely resonated with plenty of people too.

"It's awesome and unexpected and rather overwhelming,” Mack said of seeing Rowling's support.

On a related note, NASA's Goddard Institute for Space Studies just published new data finding that July 2016 was the hottest month ever recorded.

No, not the hottest in 2016, not in the last decade — the hottest since humans began tracking global temperatures back in 1880.

It also marked the 10th consecutive month of record-breaking highs.

Whatever "actual science" or "global warming scam" Jackson was referring to when he tweeted at an actual scientist, the facts don't lie.

Fact: 97% of scientists agree that human-made global warming is real.

Fact: Big Oil has poured millions of dollars into climate-denying lobbying groups that sway U.S. lawmakers into not acting on the issue.

Fact: Most of the developed world finds it perplexing that Americans continue debating climate change, even though the evidence for it is overwhelming.

"It's become a political thing, when it really shouldn't be,” Mack explained. "Attitudes toward climate change have gone from being scientific questions to matters of political identity."

Fact: There are so many other facts that support both the existence of man-made climate change and the dire need for us to act quickly.

Do Rowling and astrophysicist Mack a favor and stay woke on climate change, internet.