A plane passenger asked a teacher a kind of rude question about her job. She responded eloquently! 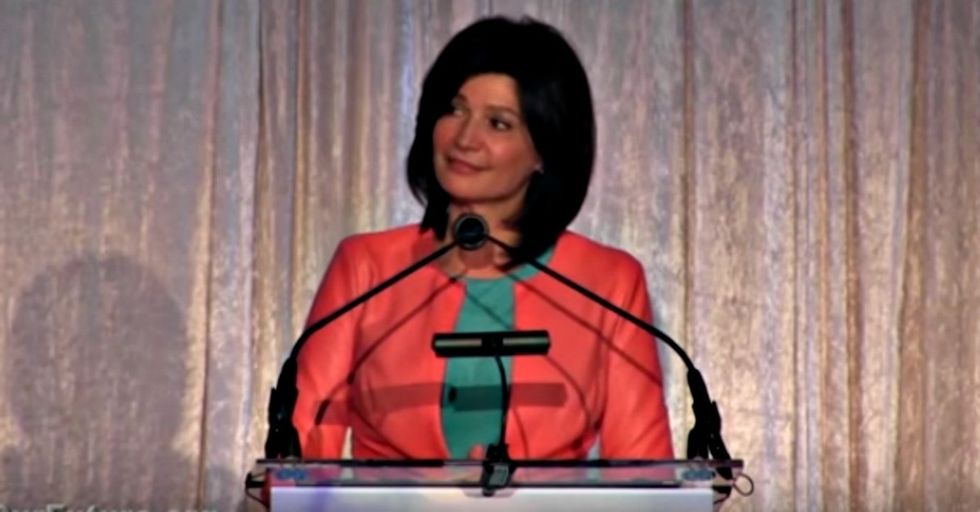 It's annoying when people mistakenly think your job is really simple.

Most people's lines of work are more intricate and multilayered than those who don't do that work would guess. So most of us can think of a time someone reductively assumed that our jobs are very simple (whether it's writer, janitor, stay-at-home parent, or any job really).

That's what happened when teacher Lily Eskelsen García, who now works with the National Education Association, boarded a plane and found herself next to a passenger who, like many, was confused about what's going on with public schools in America and wanted her to boil down the problems too simplistically. What he said would have thrown me for a loop, too.

"Darlin... I'm a businessman, I want you to bottom-line it for me. I want you to tell me right now. What is the one single thing that would solve all of our problems in public schools?"

The fact is, the "bottom line" when it comes to public schools right now seems a maelstrom of many things:

Phew! There is a LOT to unpack in what's going on with public schools.

So it's hella fulfilling to hear how García swiftly handled her fellow passenger's rudely phrased question:

García turned his words right back at him, making it clear that fixing education will take a lot more than a single buzzword. Even better, she named around 25 different services teachers and schools provide in addition to academics, like breakfasts and teaching children to brush their teeth properly. She also made a really great point about how confused people aren't the enemy, but folks we need to educate more fully about the reality of public schools.

Whether you're a teacher, a student who supports teachers, or someone who feels invested in the success of public schools and kids, you know that schools are a complicated undertaking. They're not going to be fixed with a quick gimmick or one bright idea. We expect public schools to do a whole heckuva lot, and the least we can do is understand and provide support for all of that hard work.