A mom's heartbreaking question less than 24 hours after her daughter was killed. 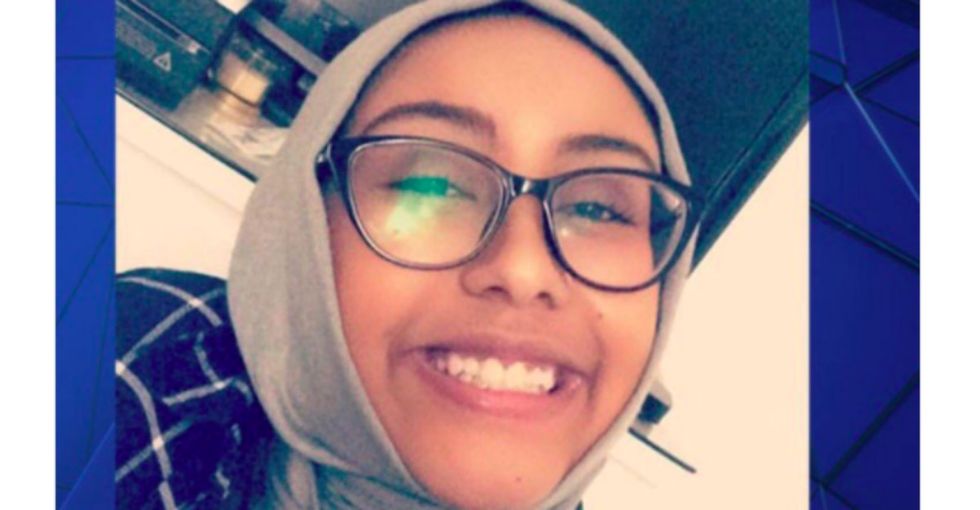 In the early hours of June 18, 17-year-old Nabra Hassanen was abducted, assaulted, and murdered in Virginia.

The heartbreaking incident has left her family and the local Muslim community in shock, searching for answers amid senseless tragedy.

Nabra and a small group of friends had just left a local mosque, where the All Dulles Area Muslim Society (ADAMS) was holding late-night prayers in the final days of Ramadan, and they were headed to a nearby fast-food joint to eat before fasting began at sunrise, the Washington Post reported.

The suspect — later identified as 22-year-old Darwin Martinez Torres — reportedly confronted Nabra and her friends on their walk. In the chaos of the moment, the friends dispersed, running back to the safety of the mosque, and Nabra was left behind. Hours later, her body was found in a nearby pond.

Was Nabra targeted because of her Muslim faith?

Still reeling from the news of her daughter's death, her mother, Sawsan Gazzar, was left pondering, why Nabra?

But she thinks she knows the answer.

"I think it had to do with the way she was dressed and the fact that she's Muslim," Gazzar said. "Why would you kill a kid? What did my daughter do to deserve this?"

"Nabra’s mother, Sawsan Gazzar, wept at her home on Sunday night. “I lost my daughter,” she told the Post, “my first reason for happiness.”
— AnastaciaME (@AnastaciaME)1497879600.0

During a news conference, the Fairfax County Police Department said it is not investigating the murder as a hate crime as there "doesn't seem to be any indication" it was.

Nabra's mother, of course, is not off base for thinking her daughter may have been murdered because of her Muslim faith though.

Anti-Islam attitudes and violence have been on the rise in America and Europe.

Just last month, a report by Muslim civil rights group CAIR found alarming spikes in U.S. hate crimes targeting the Islamic community. After a dramatic increase in incidents between 2014 and 2015, the number of cases rose yet again — another 44% last year.

Demonstrators march in the streets of Queens, New York, after a Muslim was murdered in 2016. Photo by Kena Betancur/AFP/Getty Images.

This isn't just an American problem either.

The same day Nabra was murdered in Virginia, a van plowed through a crowd outside a north London mosque, killing at least one person and injuring several others. According to reports, bystanders heard the driver scream, "I want to kill all Muslims," as he drove.

The media is already being heavily criticized for humanizing the London suspect, who was taken into custody, by using terms like the "white van driver," and not "terrorist," while reporting on the situation.

Nothing can mend the broken hearts of Nabra's grieving loved ones. But the internet is doing everything it can to ease the burden of loss during their time of need.

In the wake of the Nabra's death, multiple fundraising platforms — on sites like LaunchGood and GoFundMe — have rallied supporters to help her family pay for immediate expenses, like funeral costs.

The financial support is certainly heartening. But the messages of love on the crowdfunding pages are maybe just as powerful: "May your beautiful soul rest in peace habiti."

As if we haven't had enough strange things happen this year (which we're only two weeks into, by the way), you may have noticed a sudden proliferation of sea shanty videos come through your social media feeds. While a welcome alternative to the footage of violent insurrection and rising pandemic death tolls in the U.S., the question is: Why sea shanties, and why now?

Though there's actually a wide range of sea shanty communities online, what brought it into the mainstream was a TikTok video from Scottish singer, Nathan Evans, pounding a drum and singing a well-known shanty, "The Wellerman."

Another singer, Luke Taylor, added some bass harmony to it, taking it up a significant notch.

A week after learning she was pregnant with twins, TikTok user @theblondebunny1 and her fiancé, got the stunning news she was pregnant again. And, no it wasn't because the doctor missed a kid when they did the first count.

She was impregnated again ten days after the first embryos took hold. How in the world did that happen?

This pregnancy is known as superfetation and according to Healthline, it's so rare that there are only a few cases noted in medical literature.

7 sustainable products everyone should have in their kitchen

There's more to keeping a green kitchen than recycling your yogurt containers or opting to store your leftovers in glass Tupperware. Little things, like your trash bags, can add up, which is why it's important to try to reduce your footprint as much as possible. Fortunately, these sustainable kitchen products make it easy keep a green home!

Reusable silicone cupcake liners save you money on having to buy disposable paper cupcake wrappers every time you bake. These sustainable cupcake liners are just as festive as anything you would throw away. Because the liners are made with a sturdier silicone, they can be used for other purposes, like arts and crafts projects.

Delete Trump's cameo in Home Alone 2? We prefer these 12 hilarious alternatives instead.