A brush with death helped this photographer capture what it really means to live. 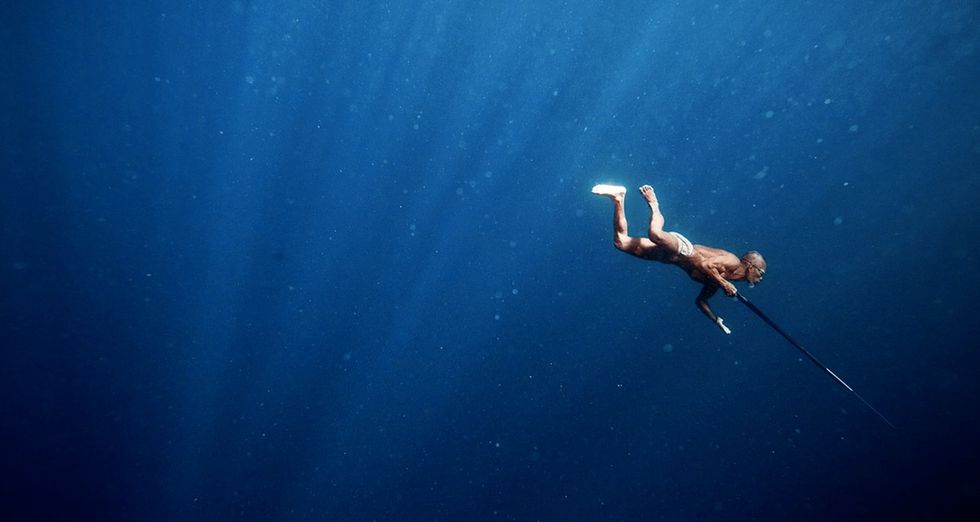 A few years ago, Cory Richards was deep in the Himalayas with two friends when a devastating avalanche hit.

He thought for sure they were all goners.

The instant he realized they survived, he turned his camera on himself.

He captured one photo that would go on to change his life. It landed his face on the cover of National Geographic.

And that was just the beginning.

Cory's always had a desire to reach the unknown. Ever since he was a young high school dropout, he's been using photography as a way to educate himself and to explore this big, complex world we live in.

But he never guessed that a single self-portrait, which "was really just my way of dealing with stress," would catapult him to a whole different level.

Now he's reaching new heights and digging deep to capture raw, intimate stories from all over the world as a photographer for National Geographic.

Spear hunting in the middle of the ocean.

Life on the job.

Animals up close and personal.

Navigating a tiny boat on a hugely intimidating sea.

The effects of climate change.

Just to show a few. (See more of his Instagram pics here!)

Cory has proven that he'll do whatever it takes to reach the shot, to uncover the unknown, to create a new story, and most importantly, to get to know the people he's photographing.

Having that intimate connection matters, and it shows.

"It doesn't matter if I can't feel my fingers," he says. "It doesn't matter how my face stings and literally feels like it's getting sandblasted. What matters is that someone else can feel that by looking at a picture."

The world is a serious place with serious problems, but with people like Cory, more of us have a chance to see what we all share: life.

After all, we are one big human family. Let's get to know each other. This feature on Cory shows the magical human moments that can happen when we do.