A bad shelter experience inspired this woman to help bring dogs and people together. 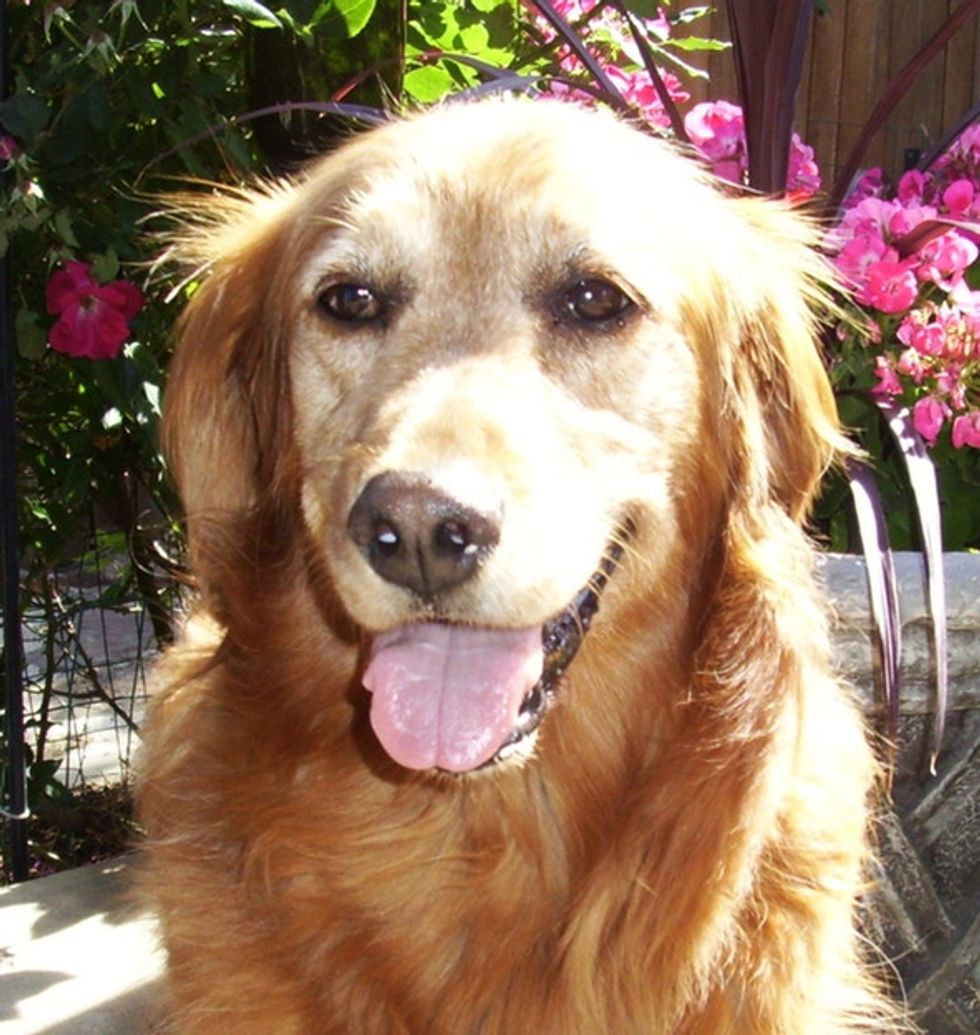 Debi Krakar had a golden retriever named Riley who wanted to give love to everyone she met.

Riley was so loving, in fact, that Krakar couldn’t keep her sweetness all to herself. In 2006, she decided to get her pup certified as a therapy dog; the process involved training to give affection and comfort in places such as hospitals, nursing homes, and schools.

Whenever Krakar’s kids had friends over, the children immediately gravitated toward Riley, so once she was certified, Krakar focused primarily on taking her to schools. Riley taught students how to interact safely with dogs and, in the process, helped even the most timid kids learn social skills.

“[She] had a true gift for knowing when to lay down and be still — for the elderly or for a scared child — and when to be her happy, bouncy self,” Krakar says.

The students adored Riley. Anyone who looked into her big, dark eyes couldn’t help but smile.

After witnessing how Riley could brighten up a classroom, Krakar wanted everyone to have the chance to enjoy their own canine companion.

She had already been volunteering with a German Shepherd rescue organization that found homes for homeless dogs, and she loved helping match rescue dogs with their forever families.

However, getting dogs adopted was harder than she had ever expected. Many rescue organizations have strict rules for potential pet parents. In fact, Krakar had experienced firsthand how their requirements could sometimes rule out responsible families.

Back in 2003, she had applied to foster dogs for a golden retriever rescue group, but they told her she wasn’t a good fit. “They said my house was too clean and they didn’t think I could handle the fur,” she says, laughing. “But I cleaned it because [they] were coming over — that’s what my mama taught me!”

A child reads to a therapy dog named Bacchus. Photo by The Dog Alliance.

When she watched Riley in the classroom, Krakar thought back to that discouraging experience. She became determined to help responsible families adopt the dogs they deserve. So she began taking dog training classes to learn more about what makes a stellar dog owner.

“I just immersed myself in everything dog and learned what I could,” she says.

Slowly but surely, she developed a business plan for an organization that would run therapeutic dog-related programs including training classes, an education center, and promoting youth literacy by having children read to dogs.

With help from volunteers, Krakar transformed her plan into reality and officially opened The Dog Alliance in Austin, Texas, in late 2006.

The Dog Alliance teaches owners how to train their dogs, which helps create stable homes for the dogs themselves. The idea is that people are more likely to keep their dogs if they know how to deal with common problems like misbehavior.

Owners and dogs can also sign up as therapy dog teams to spread joy to people in hospitals, workplaces, and schools, just like Krakar and Riley once did. The organization currently has about 175 teams visiting people at over 300 sites where the dogs help relieve stress with their wagging tails and cuddly personalities.

Buzz the therapy dog at work. Photo by The Dog Alliance.

However, despite the program’s success, the Dog Alliance was still missing something: a service dog program for veterans. People would often ask Krakar if her team trained service dogs for veterans with PTSD or other disabilities. Even though she saw the need for it, she didn’t think the organization was ready for such a complicated project at first.

“It’s a huge undertaking,” she explains.

While the training process is similar to that of therapy dogs, service dog training is different. Therapy animals are still considered pets, whereas service dogs are working dogs who have to learn to perform tasks like waking their handler from nightmares or retrieving medication.

However, many of The Dog Alliance staff members and volunteers were passionate about the idea of working with veterans. They knew from the veterans in their lives that service dogs can help heal trauma. Plus, their therapy dogs already had a calming effect on elderly and disabled residents in veterans homes.

So in 2016, after much consideration, Krakar decided to start Hounds for Heroes, a program that provides veterans with service dogs for free.

The Dog Alliance trainers select and train shelter dogs for the program, and many of their trainees become successful service dogs.

However, some of the dogs aren’t quite right for the task. Service dogs for veterans don’t just need specific training — they need to have the right temperament and a clean bill of health.

Some of that criteria is simply impossible to determine in a shelter dog. For example, since shelter dogs don’t come with complete family trees, Krakar’s team can’t screen for genetic health problems. For a dog that’s helping its handler with mobility issues, a genetic issue like weak hips might make it hard for the dog to work later in life.

With that in mind, The Dog Alliance started its very own breeding program to produce dogs with the ideal mental and physical traits for veterans. They’ve actually just had their first litter of eight adorable pups.

Roxy with her puppies, the first litter from The Dog Alliance breeding program. Photo by Emily McCall Photography, used with permission.

The puppies were born in March 2018 and are already preparing for service dog life with socialization, obedience classes, and exposure to a variety of settings. They’ll be ready to go home with their handlers when they're 14 to 18 months old.

Krakar looks forward to the day when the puppies are thriving in loving homes and giving veterans the help they need to heal.

“[A service animal] gives veterans hope,” says Krakar. “They feel like they’re not out there all by themselves. They’re sharing [their lives] with someone.”

That sense of hope motivates her to keep expanding The Dog Alliance to reach more people in need.

When she first volunteered with Riley, she didn’t expect to end up creating her own nonprofit. She didn’t even have the experience for such an endeavor. But that didn’t stop her from changing lives, both human and canine.

While Riley passed away in February 2016 from cancer, she inspired an incredible group of dogs and trainers. She even helped Krakar come out of her shell and make friends within a community of dog lovers — a gift that continues to give to this day.

“She taught me how soothing a dog could be to those under stress,” says Krakar. “All of us at The Dog Alliance strive to be as nonjudgmental and accepting as Riley.”