5 things you've probably never considered about being pregnant while in prison. 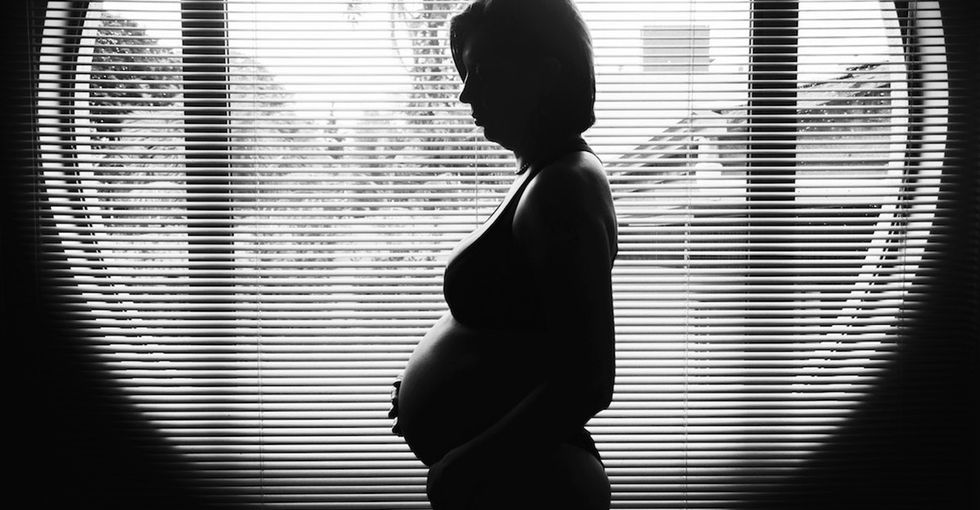 As Americans, we have inherited some pretty huge problems with our criminal justice system.

People of color face incarceration at disproportionate rates compared to white people, and many people go to jail or prison when they should be getting mental health treatment instead.

A lot of these problems remain under the radar because for many Americans, prisons are out of sight and out of mind. Lately, thanks to the hard work of activists, filmmakers like Ava Duvernay, and other advocates, criminal justice reform has been in the spotlight.

But there are still plenty of injustices that take place behind the walls of prisons and jails that we don’t talk about enough.

A prime example? The way most pregnant people are treated when they are incarcerated.

Here are five things you may not know about being pregnant and incarcerated.

1. Thousands of incarcerated women are pregnant, and access to prenatal healthcare in prison is abysmal.

There’s no official, comprehensive data on how many people in prison are going through pregnancy. But what we do know is that there are 210,000 women who are currently incarcerated, and the vast majority of them are of reproductive age. The ACLU estimates that around 12,000 of these women are pregnant.

People in prison, pregnant or not, receive inadequate healthcare, but pregnancy exacerbates the need for quality, holistic healthcare and support — especially for people who are facing high-risk pregnancies. Unfortunately, many incarcerated women lack access to healthcare providers who are trained in obstetrics and gynecology, and one report found that almost half of pregnant inmates don’t get any prenatal care at all.

2. There are huge barriers to getting an abortion while incarcerated.

Your right to have an abortion doesn’t disappear when you go to jail, but for many women in prison, there are huge barriers to ending a pregnancy. Often, healthcare providers in jail and prison don’t inform their patients about their termination options. Many incarcerated women have had to go to court to secure access to abortion, but even more have been forced to continue their pregnancies.

3. Pregnant women who are incarcerated often have to deal with dehumanizing, dangerous practices like shackling.

Historically, pregnant inmates have been subjected to degrading practices like being shackled — even during labor. Although many states have now outlawed this practice, six states have no regulations that protect pregnant and birthing women — and their babies — from harmful physical restraints.

If you’ve ever seen anyone in labor, you know how huge of a problem this is. Laboring women need freedom of movement to work through their contractions, and their healthcare professionals need to be able to step in quickly in emergency situations. It’s a matter of safety, and it’s a matter of dignity.

4. Giving birth while incarcerated can be a nightmare.

Feeling supported, safe, and respected during birth can turn a challenging, scary experience into a positive one. Unfortunately, many women who give birth while incarcerated are denied even the most basic accommodations and support. Incarcerated women often aren’t given the opportunity to make decisions about their birth plans. Recently, one Texas woman went into labor prematurely while she was in a jail cell — and guards refused to assist her until her baby was born. These scenarios are unacceptable.

5. Mothers are separated from their newborns almost immediately.

Most prisons only allow mothers to stay with their newborns for 24 hours before the child is removed to be placed with relatives or in foster care. These abrupt separations can cause serious health issues for the baby, and unsurprisingly, can be emotionally devastating for the mom.

The bottom line is that the way we deal with pregnant and laboring mothers in prison is simply not working.

The good news is that there are people who are fighting hard to make real, tangible improvements for incarcerated moms.

One program in Indiana has established a nursery so incarcerated moms can take care of their newborns, bond with them, and avoid the trauma of separation. Studies have found that the kids in these types of programs face fewer mental health problems, and the moms are less likely to return to prison.

Reproductive justice organizations like SisterSong are fighting hard to make sure that shackling pregnant inmates is a horrifying practice that we leave in the past.

The only women’s prison in Minnesota has partnered with a nonprofit that provides incarcerated pregnant people with doulas for their pregnancy and birth. The program has significantly reduced C-section rates among women who participate in the program.

And Black Lives Matter has partnered with organizations across the country for National Black Mamas Bailout Day, which raises money to bail black women out of jail for Mother’s Day. About 200 moms have been bailed out thanks to their efforts.

The root of the problem — the discriminatory, dehumanizing practices that make up our prison system — still exists. But these efforts show that we can make real change if we refuse to accept injustice.