5 successful corporations show what can happen when employees are paid a living wage.

These companies are great places to work — and that doesn't hurt their bottomline. 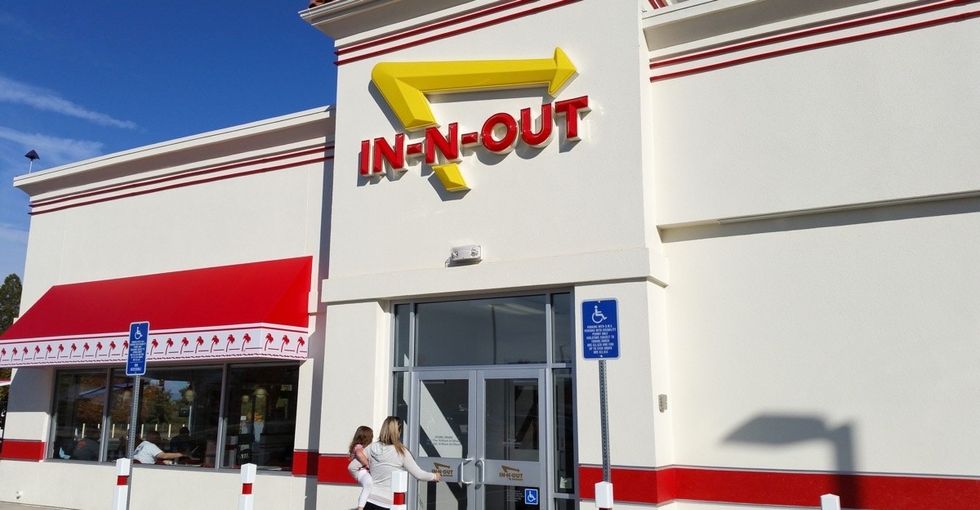 We've heard this idea many times: industries must pay workers a minimum wage to keep their prices low and profits high.

The argument goes that if companies are required to pay employees more, there will be fewer jobs available or prices will have to go up.

But is that true?

Instead, the data suggests that employment actually increased about 68% of the time in the year after a minimum wage increase.

This is because when companies increase wages, workers spend their additional earnings, increasing demand. This, in turn increases business, creating jobs and innovation.

Luckily, many companies are choosing to do better by their employees — not only becoming great places to work but also proving this "trickle-down" theory of business wrong:

In-N-Out has been named one of Glassdoor’s 2017 Best Places to Work, which is determined by employee ratings. This isn’t the first time the chain has been praised for being a great place to work; year after year, it ranks high on Glassdoor’s rankings.

The company's benefits include retirement accounts, health plans, and three weeks' vacation a year for those who have worked for the company more than six years. This fast food organization is also renowned for prioritizing work-life balance and a healthy work culture. Managers who meet their goals even get the additional perk of an all-expenses-paid trip abroad, according to Thrillist.

In-N-Out demonstrates how it's possible to operate a profitable, popular food chain without mistreating employees or relying on the trickle-down minimum wage myth.

Costco takes care of its employees and pays a living wage, which just this past March, rose again. The company’s entry-level pay is now $13 an hour for new and current employees, up from $11.50.  And most of Costco’s employees receive health benefits and pension plans.

Higher-paid workers at Costco — who make around $22.50 an hour — are also reported to be receiving a raise of about 2.5% this year.

Keeping its employees happy is important to Costco. “We think this will help, and it’s important to do,” Costco CFO Richard Galanti told CNN Money. “We want to be the premium at all levels.”

The wage increases don’t seem to be hurting business either. Costco is the second largest U.S. retailer — second only to Walmart, which also reportedly raised wages this past year for hourly workers. In addition, in March, the company reported an overall increase in cardholders from 82.7 million to 84 million — showing that keeping employees happy can make customers happy too.

This popular grocery store also treats its workers with respect and fairness. While Trader Joe's is somewhat secretive about the way it runs its business, it is clear that the company goes out of its way to foster loyalty among its employees by making it a good working environment. They offer a fair wage (starting salaries are around $13 an hour), along with health and vacation benefits and relatively flexible schedules.

Turnover at Trader Joe's is around 4% yearly, according to a study published in a Pepperdine University business journal — which is substantially below that of traditional supermarkets. This means that the company doesn’t have to as much waste time and money training new employees and can invest more in the ones it already has.

Offering a strong benefit package is an example of what this coffee giant means when it refers to its employees as “partners.” Starbucks offers bonuses, 401(k) matching, discounted stock purchase options, adoption assistance, college tuition reimbursement, health coverage for families, and of course, free coffee.

What makes its benefits packages even better though is that you don’t have to be a full-time employee to receive it — part-time employees that work at least 20 hours a week can get the benefits too. And, since Starbucks started offering its college tuition reimbursement program, its employee retention rate has improved, according to The Atlantic.

Ben & Jerry’s gets a gold star when it comes to taking care of its employees. The ice cream company pays all its full-time workers a livable wage — $16.92 in 2015 — that is more than double the federal minimum wage. It also recalculates this livable wage every year to make sure it is keeping up with the actual cost of living, factoring in things like food, housing, and fuel costs.

Full-time employees also get health benefits, along with a bunch of other neat perks too, including a dog-friendly office (what's better than taking your furry friend to the office?), an employee nap room, a massage room, and lots of free ice cream (three pints per person, per day, to be precise).

None of these policies have held Ben & Jerry’s back like trickle-down economics says it should. “We outsell the overall U.S. ice cream market and profits are at the top end of the industry,” wrote board member Jeff Furman in an op-ed in Fortune. “Globally, we operate in more than 30 countries.”

By investing in their employees, these companies are reaping the benefits — turnover is down, productivity is up, and workers are loyal, motivated, and proud of their work.

And these companies have done all this while still keeping customers happy and building their businesses.

These five corporations are not only liked by their employees, but they are also shining examples of what can happen when we start to question the myth that low wages are the only way for companies to thrive.