20 years of data reveals that Congress doesn't care what you think.

For the last few years, I've had this sense that everything I learned as a kid about how America's government works is completely wrong. But I had no idea how bad things actually were until I saw one simple graph. 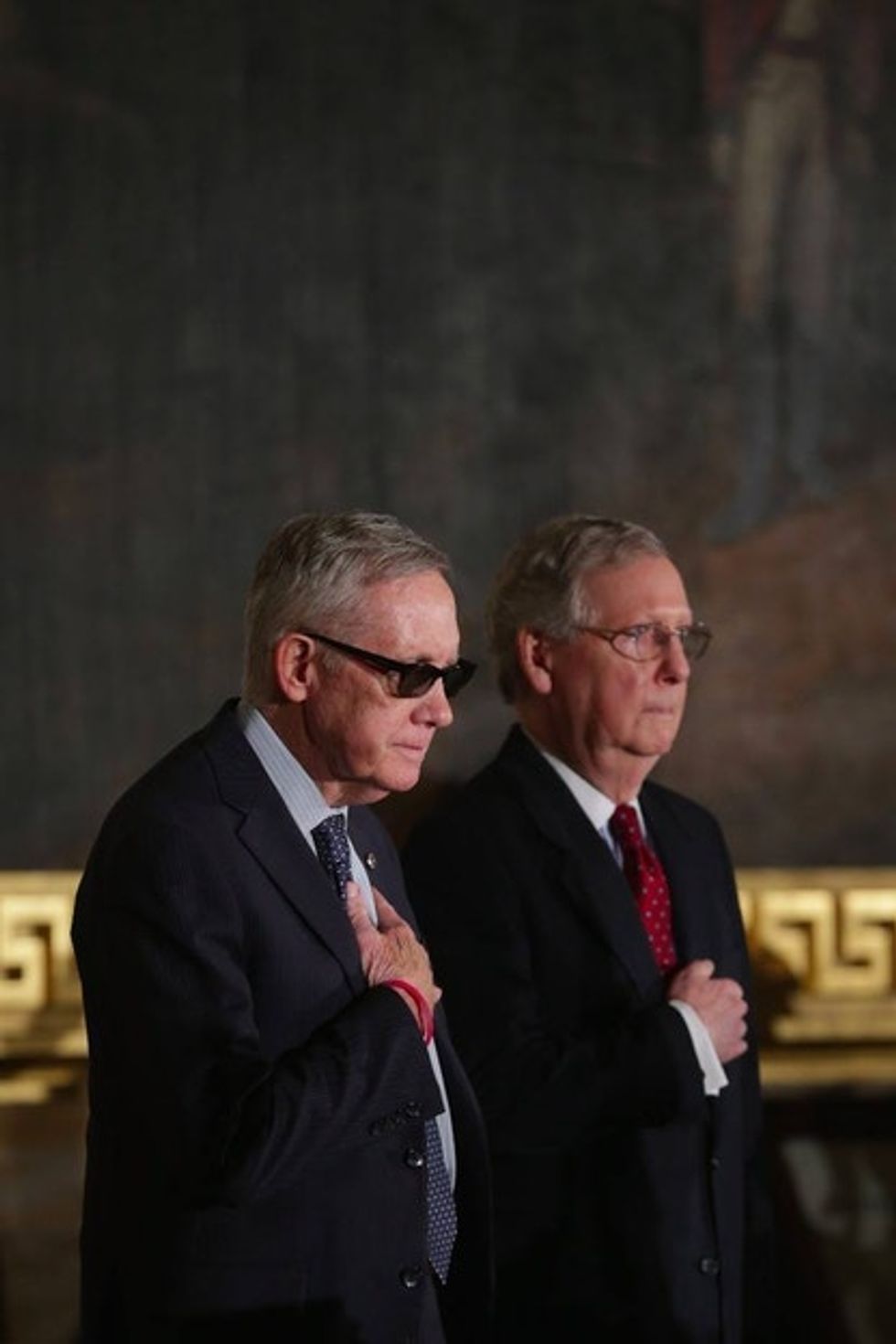 Professors Martin Gilens of Princeton University and Benjamin Page of Northwestern University looked at more than 20 years of data to answer a pretty simple question: Does the government represent the people?

This video gives a quick rundown of their findings and explains what's going on in the simple graph above:

Things start out bleak, but stick with it — it's not all depressing.

If you're the type who prefers reading to watching videos and/or doesn't want to get caught on YouTube at work and/or finds my nerdy narrator voice unbearable (it's been known to happen), read on for a written summary.

Your opinion literally does not matter...

Their study took data from nearly 2,000 public-opinion surveys and compared what the people wanted to what the government actually did. What they found was extremely unsettling: The opinions of the bottom 90% of income earners in America has essentially no impact at all.

“The preferences of the average American appear to have only a minuscule, near-zero, statistically non-significant impact upon public policy."

Really think about that for a second.

If you've ever felt like your opinion doesn't matter and that the government doesn't really care what you think, well … you're right.

But, of course, there's a catch.

...unless you're an "economic elite."

If there's one thing that still reliably gets politicians' attention, it's money. While the opinions of the bottom 90% of income earners in America have a "statistically non-significant impact," Gilens and Page found that economic elites, business interests, and people who can afford lobbyists still carry major influence.

How could it be that our government, designed to function as a representative democracy, is only good at representing such a small fraction of the population? Just follow the money.

Why? Because purchasing political influence is 100% legal.

For example: Let's say a big bank wants a law that would force taxpayers to bail them out again if they repeat the exact same reckless behavior that crashed the global economy in 2008.

Rep. Kevin Yoder (R-Kansas), shown speaking at an event in 2012, recently attached language originally drafted by lobbyists for CitiGroup to a financial services appropriations bill. Members of Congress who voted "yes" on the bill received, on average, 2.8 times more money from the PACs of CitiGroup, Goldman Sachs, Bank of America, and JPMorgan Chase than members who voted "no." Image by Information Technology Innovation Foundation/Flickr.

They can also literally write the language of this new bailout law themselves, then hand it off to the politicians they just buttered up with campaign money and lucrative job offers. And it's perfectly legal for those politicians to sneak the lobbyist-written language through Congress at the last second.

If that example sounds oddly specific, that's because it happened in December 2014. And it happens all the time, on almost every single issue, with politicians of both parties.

So is our Republic doomed? No.

Here's the good news: Every single practice outlined in this article can be made illegal by a simple statute — no constitutional amendment or overturning of Citizens United required. And there are thousands of people across the country fighting to make it happen right now.

The rebel alliance in action. Tallahassee voters approved the first municipal anti-corruption act in the U.S. by a 2-1 margin on Nov. 4, 2014. Image by Represent.Us.

My day job, for instance, is working with an organization called Represent.Us to pass state and local anti-corruption acts. We're one of many organizations fighting for reform and are working from the marriage equality and marijuana legalization playbook by using local wins to build momentum for national reform (you can learn a little more about the plan right here). It's working, too: The first municipal anti-corruption act in the U.S. has already passed, and more cities and two states are on their way in 2015 and 2016.

Looking for other reform organizations to get involved with? There's also Lawrence Lessig's MayDay PAC, a crowdfunded Super PAC to take down other Super PACs. And there's Take Back Our Republic: a conservative-leaning organization devoted to fighting corruption and cronyism. You could also get involved with EveryVoice. Or Common Cause. Or People for the American Way. Or Stamp Stampede. Or WolfPAC. Or Move to Amend. You've got options.

You can do something about it.

Big money in politics is emerging as a major issue in the 2016 election, and there are now dozens of organizations fighting hard for reform every day. If you're appalled by corruption, there's never been a better time to join the fight to stop it.