2 years in the Peace Corps taught her the importance of hands-on volunteer work. 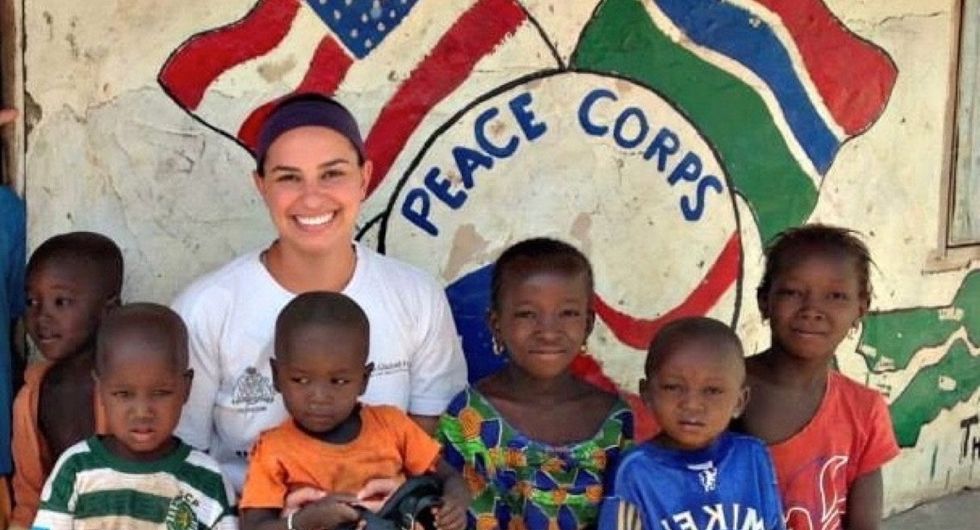 Kara Horowitz had always wanted to travel the world and do her part to make a difference. So she applied to be a Peace Corps health volunteer.

She ended up serving in The Gambia, a small country in West Africa. “I didn’t even know the name,” Kara says. “I had never heard of it.”

When she arrived at her site, Kara was full of ideas and eager to get to work. But she soon realized that the way she could help most — at least at first — was by listening, not doing.

She had a lot to learn about The Gambia and what issues were important to the people there.

“You can try to start working on [projects] right away, but nothing is going to happen because you are placed in a community that has lived there their whole lives, so it’s really about getting to know them at first,” she explains.

During her service, Kara paired with a local nurse, Lamin Jammeh, who worked in the village and surrounding areas. Her job that first year was straightforward: Get to know the locals and help Lamin do his work promoting health education, increasing child nutrition, and running monthly clinics.

Image by Beth Eanelli via Kara Horowitz, used with permission.

“The most difficult thing is adjusting to the pacing of life, adjusting your expectations to what you could get accomplished. You actually accomplish a lot more, but not in the way you thought you would,” Kara says. “So it’s difficult at the beginning to be like, why are people not at the meeting, why are they not talking to me about anything, why don’t things move as fast?”

It was through this slow process of getting to know the community that the ideas for Kara's first few projects actually emerged.

She started by forming a health group of 30 villagers to use Peace Corps’ materials and train others on healthy living.

It was successful, but teaching in the village’s compounds was difficult without something to keep people engaged. So Kara started creating a book full of illustrations that could be used in their health trainings.

She originally had the idea for the book during her first few weeks of Peace Corps training, but at the time, she thought of it more as a helpful manual for new volunteers. It took working within the community every day for her to see that a health book would be useful to both volunteers and locals.

An illustrated health book could be a simple learning tool for members of the community — especially those who couldn't read — and they could also use it to teach others.

This was no small task. Peace Corps volunteers train on many different health topics, and the book needed to include all of it. Kara turned to her fellow volunteers to help gather material and draw images.

Kara and Lamin were able to fund the creation of the book through a Peace Corps grant they had been writing, but the project was long and slow. It took about four months to gather all the materials and images Kara needed to put the 60-page book together and then print 100 copies at the local printer. It was finally completed about five months before the end of her two-year service.

The book was a success and helped with a number of health education efforts.

It was a useful teaching tool and covered all 30 health topics that Peace Corps volunteers teach in The Gambia, from sanitation and hygiene training to maternal health and water safety. Each topic included eight to 10 important facts or messages, the relevant vocabulary in the local languages, and an illustration.

All of the Peace Corps volunteers working on a variety of projects in the area got a copy, as did everyone in Kara's village health group. Lamin also took a number of copies to the surrounding villages and communities.

“[The villagers] don’t have a lot of books, so just having that visual aid ... just having that small picture engaged them,” Kara explains. “People were more interested because they could look at a picture.”

Hands-on volunteer work like Peace Corps service is an incredibly powerful way to make a difference. It allows volunteers to work out solutions from the ground up, just like Kara did. Volunteers live and work directly with their community, learning what’s needed so they can help develop the most useful projects. If you're interested, learn more about applying to the Peace Corps.