10 sci-fi books written by women of color to add to your reading list. 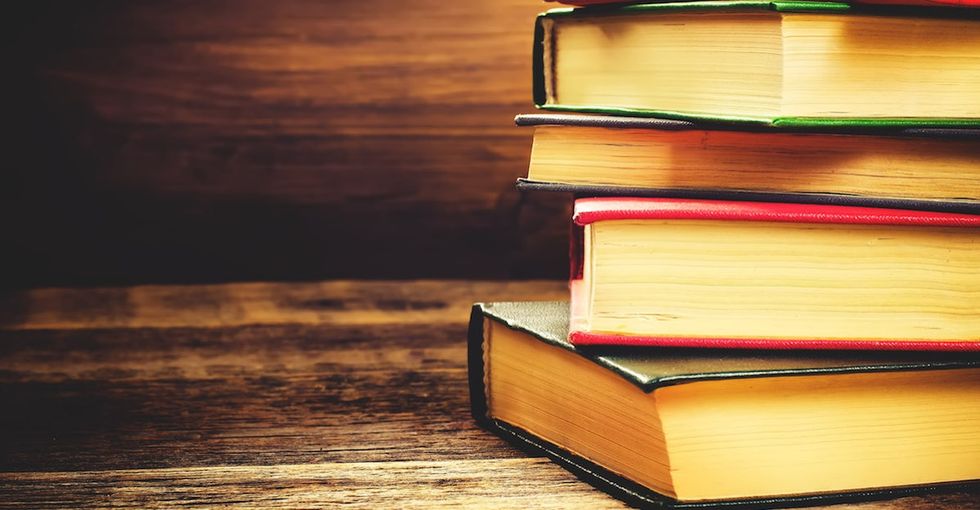 Obviously, science fiction books by and about women of color exist.

But all too often, we don't get to see them. Awards for literature overwhelmingly go to male authors who write about men or boys. Female writers of color face additional barriers in the literary world, especially in sci-fi, which tends to be dominated by male authors.

But at a ceremony earlier this week, something cool happened: The winners of the Hugo Awards, some of the most prestigious awards in science fiction, were announced, and the top four fiction awards were awarded to four women. Three of those winners were female writers of color.

In honor of these women, here are 10 recommendations for books about science fiction, fantasy, or speculative fiction by women of color:

We'll start with the recent Hugo Award winners. If you like stories about collapsing civilizations and the apocalypse, you'll enjoy "The Fifth Season," which won the Hugo for best novel. (Fun fact: N.K. Jemisin is the cousin of comedian W. Kamau Bell!)

The Hugo for best novella went to this story about a 16-year-old on a harrowing journey to get an education. It's only 96 pages, so you can knock this one out on a lazy Sunday afternoon.

The Hugo for best novelette goes to a story between 7,500 and 17,500 words. This year's award went to Hao Jingfang, a Chinese writer, and her translator Ken Liu, for a story set in the Beijing of the future, where the city folds in on itself every day. "Folding Beijing" is also a commentary on the divisions between social classes. You can read the full novelette online.

4. "The Winged Histories" by Sofia Samatar

This novel by a Somali American author is about four women caught up in a rebellion. It's riveting fantasy, especially if you like solid character development.

5. "Parable of the Sower" by Octavia Butler

OK, it's not really fair to only put one Octavia Butler book on here because really you should read everything she's ever written. But this book, the first volume of the "Earthseed" series, is a really good place to start.

If you think our immigration system sometimes feels like a dystopia, you'll want to read "Ink." This speculative novel takes place in the U.S., and four central characters tell the story.

Chaviano takes the reader on a journey through time with this novel. Several complex plots thread through the book, which is the most translated Cuban novel in history.

8. "The Grass Dancer" by Susan Power

This novel, which centers on a Sioux reservation, weaves together mythicism and magical realism so skillfully that it's hard to believe it was Susan Power's first novel. But believe it — she won the PEN Award for Best First Fiction after its publication in 1994.

9. "Love Is the Drug" by Alaya Dawn Johnson

This one's for all the young-adult fiction lovers out there. The book won the Nebula Award for Best Young Adult Novel in 2015.

If you like young-adult dystopian series like "The Hunger Games," pick up "Legend" at the library. Once you're hooked, you'll be happy to know that CBS Films has acquired the film rights for the novel.

Listen, I could keep going — there's a whole universe (multiverse?) of science fiction written by women of color.

But if you're still reading my words and not checking out these books, get out of here. Go read!