Why students at this iconic Southern school want their state flag removed. 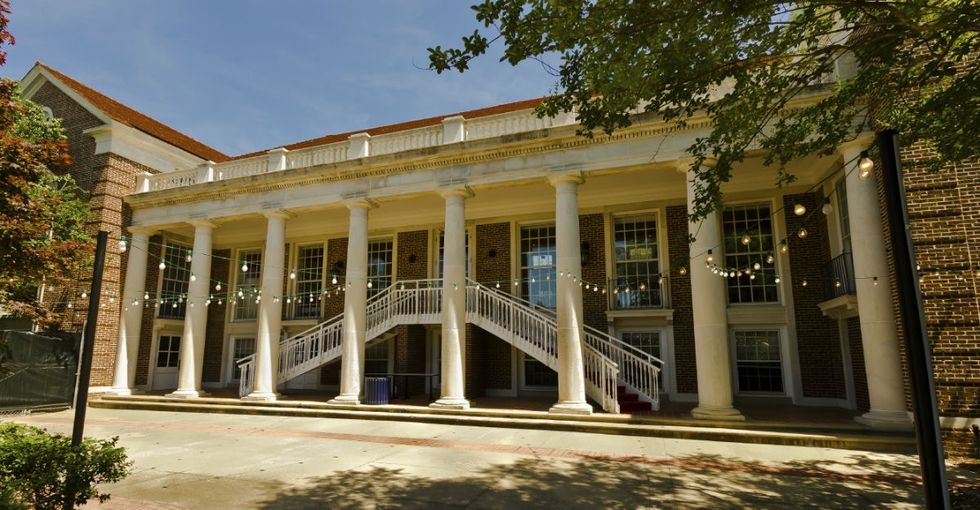 With the eyes of the country on them, student senators at the University of Mississippi attended an important vote on Oct. 20, 2015.

The verdict? They want the Mississippi state flag, which incorporates the controversial blue cross and stars of the Confederate flag into its design, off their campus.

In a 33-15 vote (with one vote abstained), the Associated Student Body Senate concluded that a symbol many believe to be undeniably racist is something, you know, they don't want tied to their school's image, according to CNN.

Now the senate will pass the resolution on to the school's administration to decide about whether they'll officially act or not.

This is a big deal. Not just because it's a large and influential university in the South, but because we're talking about the University of Mississippi.

Southern pride runs deep at Ole Miss (to put it lightly). And many inextricably tie that pride to the Confederate flag.

Near the same flag many students want removed is a monument honoring Confederate soldiers who died in the Civil War. Ole Miss is the hallmark public university of a state that, in 2001, voted overwhelmingly to keep its flag exactly as is — blue cross and stars included.

And the school's mascot? Literally the Rebels (up until 2003, you could spot Colonel Reb rousing fans at Vaught–Hemingway Stadium).

Just bringing up the idea of removing the flag — the student government's vote was a first in "recent history," a spokesperson for the school told The Huffington Post — is newsworthy. So a heavy majority of student senators actually backing the removal? Again, really big.

“I think it shows that we as a student body recognize that these symbols of white supremacy have no place on our campus," student senator Allen Coon told The Washington Post. “They affect people that are marginalized. They make students feel excluded on their own campus, and they promote ideals of hate and racial oppression."

As you may have expected, the vote has already brought a wave of unhappy folks along with it.

A Change.org petition has cropped up to "keep the flag of the state of Mississippi flying at the University of Mississippi" in the vote's aftermath, started by student senator Andrew Soper.

Clearly, he's not having it with his peers' decision.

"In order to live in a free society, the possibility to be offended will occasionally occur," reads the petition, which also encourages Mississippians to push back [against] political correctness. "Removing symbols, flags, and monuments will do nothing to change the way people feel in their hearts."

The Mississippi state flag hanging among the others near the Senate subway in Washington, D.C. Photo by Chip Somodevilla/Getty Images.

As of Oct. 21, 2015, the petition had also garnered more than 200 supporters. And at a rally promoting the removal of the flag last week, flag supporters — and even some members of the Ku Klux Klan — showed up to voice their (unashamedly racist) opinions, too — loud and clear.

Still, the fact that the student senators want to turn a corner — albeit a largely symbolic one — is important.

For student leaders to take this step at a school where riots infamously broke out after its first black student was admitted five decades ago is a momentous sign of progress that should be celebrated well beyond the Deep South.

"This decision is not an act of defiance towards our great state," student body executive officers said in a statement, "but a genuine call-to-action in response to the cries of those who have been negatively impacted by such a symbol, individuals in which we share our classrooms, our workplaces, our relationships, and our friendships."