Why it's absolutely fine that sea levels are rising and I'm totally not panicking at all.

Just look at some nice ocean pictures and remain calm like me. 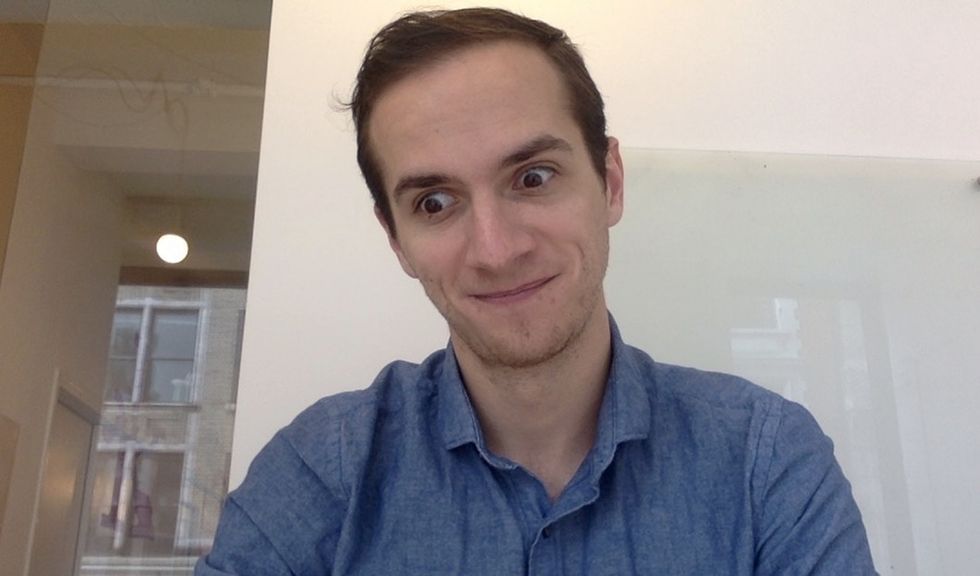 Hi. So ... nothing to worry about here but ... scientists have discovered that sea levels are rising faster than they have in 2,800 years.

Plus, OK, it's not like those scientists are even 100% positive about that number. In fact, according to The Washington Post, the scientists are only hypothesizing it to be true with, like, 95% certainty.

95%? That's nothing! Right? I only trust scientists who are 100% certain about their findings. Or else I'd be totally panicking over this news, you know, like totally panicking. Which I'm not. Like — I'm definitely not. Shut up, I'm not panicking at all, OK?

OK. Let's just look at the facts. This new study, which was published Monday, says that sea level rise in the 20th century was "extremely likely faster than during any of the 27 previous centuries."

Which, again, right, yeah. That's not horrifying or cause for any panic at all or anything — I'm not panicking, you're panicking.

I, for one, am definitely not frozen with fear at the implications of a drowning planet that will no longer be able to sustain human life. Nope. Not me. Haha. Hahahahahahaha! Haha! Hah.

Which is fine. Totally fine! Just fine! You can swim, right?

Hey, it's a good thing nothing else is rapidly increasing — like my heart rate or my general sense of dread. Steady as a rock, totally not panicking right now. That's me.

Just take deep breaths and look out at the sunset over this gorgeous, (also criminally over-polluted by the way) ocean. Photo by Sam Wheeler/Unsplash.

But let's just say, you know, hypothetically, that these "scientists" with their "data" and "studies" and "advanced degrees" are right about this....

...what would actually happen?

If sea levels continue to rise, a lot of us would be in some very real danger.

But that's just — you know — hypothetically speaking, of course, because everything is fine. Everything is gonna be just ... fine.

In Bangladesh, for example, research shows that rising sea levels could displace 20 million people there in the coming decades.

But, it's not like it's going to affect us, right? I mean, okay, except for the entire east coast of the United States. Where (again, totally not freaking out here, but) scientists have predicted that rising sea levels and changing ocean temperatures are likely to worsen winter storms and contribute to more extreme weather conditions.

That's fine! I live in New York and no one here ever complains about winter storms or extreme weather conditions or not being able to take the subway or order takeout. We love winter storms more than we love pizza!

Oh man — the denial factor is wearing off a little bit. Ooohhhh boy.

No one is bothered by this! This is a totally IDEAL SITUATION. Photo by Spencer Platt/Getty Images.

No, seriously, is it like really hot in here?

There's also Florida. Just ... yeah. Florida. Large portions of which are projected to be — um, hah, yeah — underwater by 2025. But don't worry about that! That's nine whole years away! So much can happen in nine years. I mean you could make like 12 new "Fast and Furious" movies in that much time.

Oh man. My mouth is so dry. You ever get that feeling?

The point is this: Oh — who am I kidding? — EVERYONE PANIC.

GET TO HIGHER GROUND!

GET GRANDMA IN A RAFT!

THIS ISN'T FUNNY ANYMORE, PEOPLE, WE ONLY HAVE 20 YEARS TO STOCK UP ON CANNED GOODS AND LEARN HOW TO GROW GILLS SO WE CAN BREATHE UNDERWATER.

You know what? I — I actually feel a little better now.

Here's the thing, folks. This latest report is an almost comically horrifying indicator of the completely cataclysmic and looming problem of climate change. It is.

This data is yet another sign, in the already long list of signs, showing that the need for sweeping climate reform is immediate and urgent.

So, yes, there is totally something to be worried about here.

Especially when you consider that, as the conditions of climate change get worse, it will feed into what's known as a positive feedback loop: Ice melts, seas rise, and the whole system begins to spiral out of control faster and faster. So fast that we won't be able to stop it, and it'll just keep getting worse and worse, and I'll start to wonder if maybe growing gills isn't something I thought of in a moment of panic but an actual survival strategy I might need to invest in.

This is alarming stuff. If you aren't already freaked out about climate change, you probably should be.

Fort Lauderdale, Florida, which flooded in 2015 due to abnormally high tides and rising sea levels. Photo by Joe Raedle/Getty Images.

The good news is there's never been a better time to be involved. And our country is (just sort of) beginning to take some real action.

The White House's current climate change plan boasts some helpful goals, like increasing clean energy use 30% by 2030. It's not a lot, but it's something.

It's also an election year. 2016 could very well decide the future of the climate, given that the candidates' beliefs on climate change range from "It's the number one thing threatening our nation" to "It isn't real."

Now, more than ever, is the right time to learn what you can do to help. We're all in this together. Do what feels right to you. Recycle. Call your congressman. Vote.

If you don't want to do any of that, I would suggest moving to a landlocked state at some point in the next few years. I hear Nebraska is lovely.