Why are 34,000 people being forced to wear orange Crocs?

A federal mandate that requires a minimum number of undocumented immigrants be detained each night. 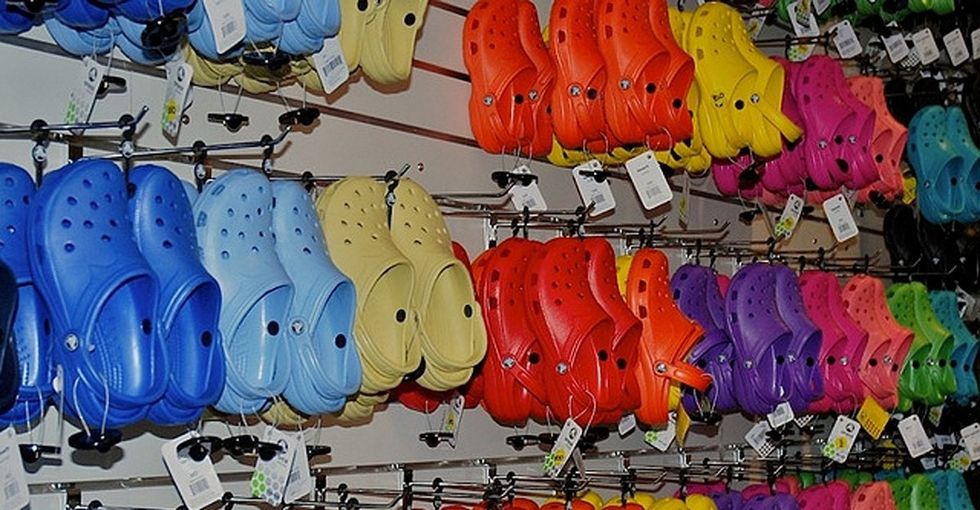 Law enforcement officers are forced to arrest undocumented immigrants thanks to a congressional mandate that requires 34,000 be held in detention centers every single night. A person can commit no crime other than not being here legally and be arrested and detained simply to fill a quota. So every day, 34,000 people are sitting in detention centers, wearing jumpsuits and orange Crocs that you paid for.

And it's a $2 billion problem.

Every year, 2 billion of your tax dollars are spent holding those undocumented immigrants and illegal border crossers, many for no reason other than their undocumented status. Almost 400,000 are detained every year. And guess what? That's twice as many as five years ago.

Besides life being difficult for the person detained, their family also suffers. It's hard to visit a detained person because most detention centers are remote and require travel. And the family loses the detained person's income.

We're not talking about murderers here.

Barbie is married to an undocumented immigrant who was detained. She couldn't believe how much weight he'd lost and how he'd changed when she first saw him. And, as she says, it's as though they're imprisoned for murder. Except they're not.

So why is this happening? Oh, that's right! Follow the money.

Make no mistake. These quotas weren't implemented to keep us safe. No. They're the result of a profit-making system — one that pays private companies up to $120 a night per detainee.

I don't think anyone would deny that dangerous criminals need to be kept off the streets. But gathering up hundreds of thousands of people to make a buck — costing you and me 2 billion bucks a year — isn't right.

How do we fix this?

First of all, we need to change the federal mandate. There's no reason to detain people for the sole purpose of filling beds (unless you think lining the pockets of private companies is a reason, which I'm sure you don't). Like Janet Napolitano said, detainment should be directly related to the threat to public safety and the offense. If someone is not a threat to public safety and hasn't committed an offense beyond being undocumented, detention doesn't make a lot of sense.

Others suggest securing the borders so that fewer undocumented immigrants come to the U.S. Because while the number of people detained annually has doubled in the last five years, the number of apprehensions at the border has dipped 50% in the same period. Is it possible that it's more profitable for certain companies if we detain people once they're here versus preventing them from coming in the first place? I dunno. But it's worth considering.

Watch the video and decide for yourself. Is this how you want your tax dollars spent?