When one stadium announced LGBT Pride Night, angry fans sold their tickets. So she bought them all.

"If attending a baseball game on LGBT Pride Night makes you at all uncomfortable, it is probably a good idea to sell your tickets. And I have the perfect buyer. ME!" 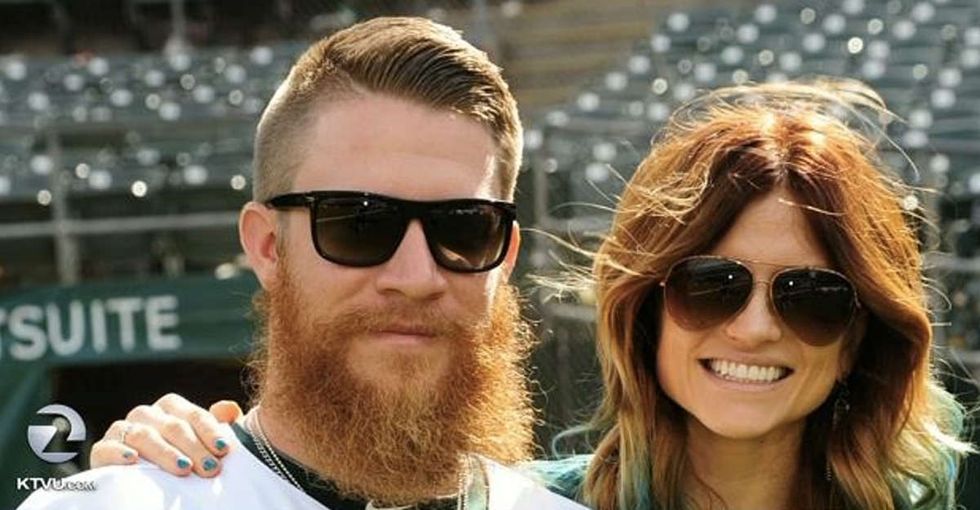 After the Oakland Athletics announced on social media that they would be hosting their first ever "LGBT Pride Night," they got some backlash from fans who weren't feeling it.

A number of fans let loose on the team's Facebook and Twitter feeds, rattling off offensive, ignorant, and often homophobic responses such as:

The team stood by the decision, however, with the team's vice president of sales of marketing telling the San Francisco Chronicle: "I think you can find a few people on Twitter to backlash against anything. The wide majority of our fans will be supportive or have no opinion."

Eireann Dolan, who is dating A's pitcher Sean Doolittle, wasn't about to let the negativity of others keep the team from having a successful Pride night. So she offered to buy tickets from the angered fans.

Prepare for these two to become your new favorite people in the entire world:

On her "Thank You Based Ball" blog, Dolan laid out her proposal:

"So, A's fans; if attending a baseball game on LGBT Pride Night makes you at all uncomfortable, it is probably a good idea to sell your tickets. And I have the perfect buyer. ME!

If you'd like to sell your tickets to June 17th's LGBT Pride Night game, I will buy them from you at face value. As many as I can. No judgments. No questions asked.

From there, I will donate any tickets I purchase to the Bay Area Youth Center's Our Space community for LGBTQ youth."
— Eireann Dolan

Her plan was a hit with fans. It was so successful that she started a GoFundMe page to raise money for additional tickets for the LGBTQ youth community center.

Dolan and Doolittle agreed to match all donations up to $3,000. In less than a day, the page had already exceeded its $6,000 goal.

She also provided a bit of an explanation of why this issue is so dear to her heart: her mom. Or, rather, moms.

"Many people don't know this about me, but I have two moms. My biological mom Kathy and her partner Elise (who grew up in the Bay Area) are both die-hard A's fans as well as super gay. Like, they're so gay for each other that they've fostered a long-term loving relationship likely no different from any heterosexual loving relationships you've seen or been a part of."

While this is the A's first ever Pride game, other teams have been doing it for years.

The Chicago Cubs' Pride games date back to 2001, and the team has been really involved in the city's LGBT community.

The San Francisco Giants have held LGBT games for more than a decade.

The overwhelmingly positive response to Dolan's plan is just the latest sign of progress in the world of baseball.

While there's not yet an active "out" LGBTQ baseball player, it's great to see MLB taking strong steps to make sure LGBTQ people are welcome, both on the field and off.