What you need to know about 'xenophobia,' Dictionary.com's word of the year. 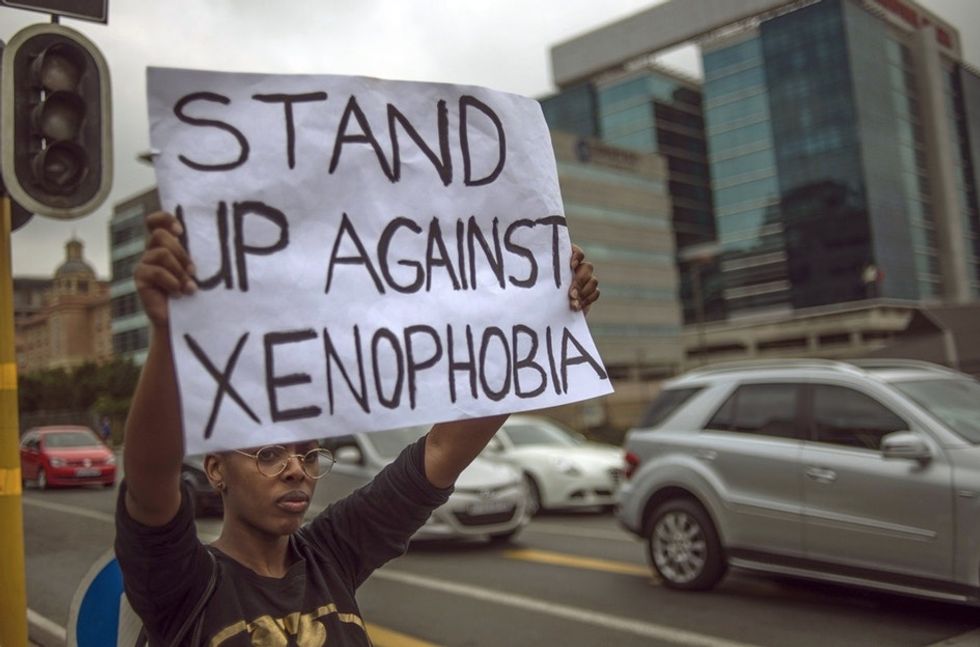 The word means a "fear or hatred of foreigners, people from different cultures, or strangers," and it has dominated the conversation so much in 2016 that it's taken the most prestigious end-of-year word-award in the land.

As Dictionary.com's blog explains of the choice, "We aim to pick a Word of the Year that embodies a major theme resonating deeply in the cultural consciousness over the prior 12 months. This year, some of the most prominent news stories have centered around fear of the 'other.'"

Unfortunately, Dictionary.com is right. 2016 has been an action-packed year for fear and/or hatred of "other" marginalized groups.

There was a massive refugee crisis that sparked a series of surprisingly high-level debates on whether "refugee" and "terrorist" could be used synonymously (they can't). There were undeniably xenophobic undertones to Britain's decision to leave the European Union. And of course...

...there was Donald Trump — a candidate whose campaign was peppered with one xenophobic sentiment after another, and who has helped usher in the mainstream rise of white nationalist movements like the so-called "alt-right."

That said, declaring "xenophobia" the word of the year isn't, strictly speaking, a bad thing.

For one, it shows people are interested in learning more about what exactly it is.

To find candidates for "Word of the Year," Dictionary.com says it looks at internal search trends. "Xenophobia" saw a spike in traffic several times in 2016. On June 24, one day after the Brexit vote, dictionary searches for the word spiked by an incredible 938%. Hundreds of people were looking up the word per hour.

A similar spike in search traffic occurred on June 29 after President Obama made a speech expressing concern over Donald Trump's political rhetoric.

Sure, some of those people might have just been looking up the spelling so they could lay it down in a decimating Scrabble move, but odds are, many were looking it up because they were hearing it thrown around a lot and wanted to know what it meant. That's a good thing.

The first step toward addressing a toxic problem is becoming personally and culturally aware of what that problem is.

When we know the word xenophobia, it becomes easier to speak out when we see it or to use it to identify our own prejudices. Xenophobia is not a word to be celebrated, but it's an important one to understand so we can all get better at stopping it.

Looking it up in the dictionary is a good place to start.