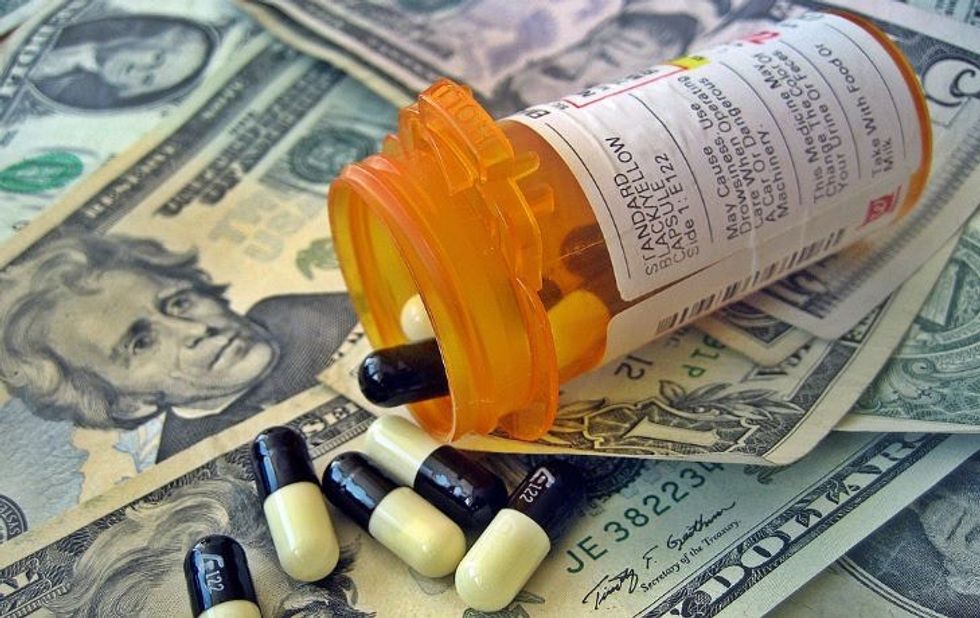 On Thursday, January 31, the Department of Health and Human Services (HHS) led by Secretary Alex Azar, announced a proposal that will have the biggest impact on the American healthcare system since the Affordable Care Act passed in 2010.

The Trump Administration aims to lower drug prices for recipients of Medicare and other government programs by banning drug makers from paying rebates to pharmacy benefits middlemen known as PBMs.

Ironically, Azar is the former president of Lilly USA, a pharmaceutical company that has been criticized for raising its prices. During his decade with Lilly, the company notoriously tripled the price of insulin.

Unfortunately for seniors, the new policy is a huge bait and switch that leaves most paying more — a fact the HHS admits in its own report.

The HHS claims that its new policy will lower out-of-pocket drug costs from 9 to 14%.

“This proposal has the potential to be the most significant change in how Americans’ drugs are priced at the pharmacy counter, ever, and finally ease the burden of the sticker shock that millions of Americans experience every month for the drugs they need,” Azar said in a statement.

But are PBMs really the price gouging bogeymen the HHS claims them to be?

According to Forbes’ Policy Editor Avik Roy, the attack on PBMs for high drug prices is “balderdash” — a classy term for "bullshit" — and a PR strategy cooked up by drug companies to shift the blame for their high prices.

While the Administration has been touting the over-the-counter cost savings of its new proposal, they’ve been quiet about the increase in premiums for Medicare drug plans the proposal will create.

Health insurance companies work with PBMs because they do an effective job at keeping their prices down by providing patients with medications at the lowest possible price. So without these protections, insurance premiums for Medicare drug plans will rise.

Over 77% of people on Medicare are also enrolled in a prescription drug Part D plan and, according to Bloomberg, premiums for Medicare drug plans under the proposal could increase anywhere from 8% to 22%.

The HHS admits in its own report that 70% of Medicare part D users will pay more after the new policy.

However, the authors of the report spun it as a positive.

“An estimated 30% of Part D beneficiaries have drug costs high enough that their out-of-pocket savings will likely exceed any premium changes,” the report reads.

That means 70% of Part D beneficiaries will pay more for insurance premium increases than they will save from the potential drop in drug prices.

“The majority of Medicare beneficiaries will see their premiums and total out-of-pocket costs increase if this proposal is finalized,” House of Representatives Ways & Means Committee Chairman Richard Neal of Massachusetts and Energy and Commerce Committee Chairman Frank Pallone of New Jersey said in a joint statement. “We are concerned that this is not the right approach.”

The proposal has zero protections against drug manufacturers raising their prices.

“Azar said Friday that the rule would deprive drug makers of an excuse for not lowering list prices. But the rule says manufacturers could reset their pricing strategies,” Bloomberg said.

Peter Bach, director of the Memorial Sloan Kettering Center for Health Policy and Outcomes, told Politico that drug makers don’t increase their prices due to PBM rebates, but “to increase their revenues.”

“From the start, the focus on rebates has been a distraction from the real issue,” Matt Eyles, president and CEO of America’s Health Insurance Plans, told Politico. “The problem is price. Manufacturers have complete control over how drug prices are set. Already this year, more than three dozen drug makers have raised their prices on hundreds of medications.”

IT'S HARD TO TRUST THE TRUMP ADMINISTRATION ON HEALTHCARE

While running for president in 2016, Donald Trump promised voters that his Affordable Care Act repeal-and-replace bill would provide insurance for everyone. “There was a philosophy in some circles that if you can’t pay for it, you don’t get it. That’s not going to happen with us," he said.

Luckily, it failed to pass the Senate.

In October 2018, the Trump Administration imposed new rules to make it easier for insurance providers to discriminate against sick consumers. While on the same day, he told supporters at a Philadelphia rally, “We will always protect Americans with preexisting conditions.”

The new rule includes a 60-day period for public comment. The new protections could go into effect as soon as that period passes.