The real face of these protests: Countless citizens dancing, chanting and marching in solidarity 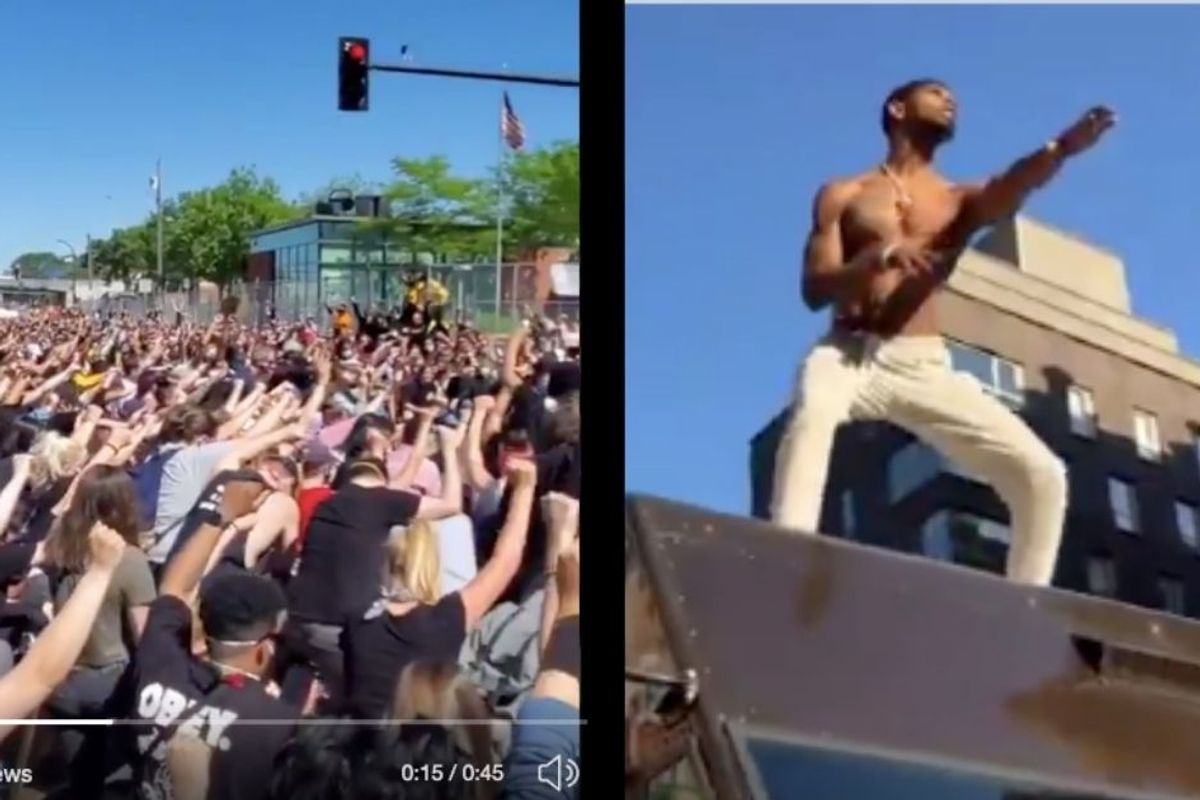 This is the main story—but it's not the story many Americans are seeing.

We humans have a tendency to rubberneck at tragedy and tune in our attention to violence, and the media caters to those instincts. In some cases, there's a good reason for shining a light on violence—like when brutality and coverup of brutality is an issue in a legal system that is supposed to protect and serve the people. But choosing to place the spotlight on a minority of people causing destruction when most are peacefully demonstrating merely reinforces the stereotypes that help race-based police brutality to go unchecked. In addition, rioting may be a true expression of rage and pain ("the language of the unheard," per Dr. King), but it also may be greedy opportunists taking advantage and outside forces purposefully sowing violence, chaos and confusion.

It's a part of the story, but not the main story.

The story of the week is that people across the nation announced that they were fed up with watching black people die and protested racial injustice in beautiful and powerful ways. Here are some images that illustrate that story:

First of all, SO much dancing.

Protesters using their bodies as shields to protect other protesters, businesses, and on some cases, police.

And group acts of powerful solidarity.

And there's just something about hearing people in London chant "Black Lives Matter" with a British accent that warms the heart.

Reports show that some of these peaceful protesters were met with tear gas and rubber bullets anyway. That's another story as well. While we can't distill anything that's happening into a single, simplistic narrative, we should at least strive to make the main story the main story. When the majority of people in cities across the nation (and now around the world) are organizing and carrying out massive, peaceful, powerful protests to push the country toward justice, that's the main story. Well done, most of America.

From Your Site Articles
Related Articles Around the Web
racism
popular