This week in black women: a badass Barbie, Jesmyn Ward, and the video game of your dreams. 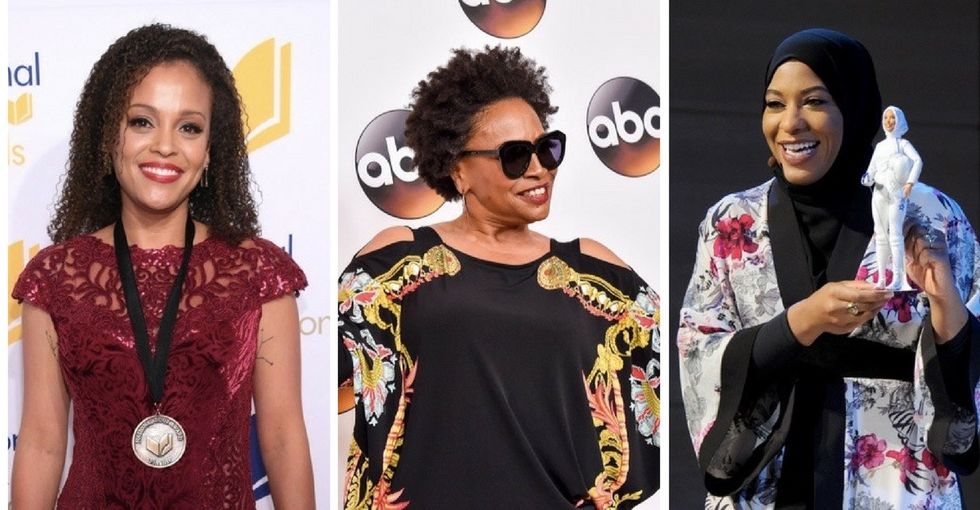 Creeps faced a reckoning. Thanksgiving is almost here. And black women had another week of turning everything they touch into gold.

This is the fourth edition of "This week in black women," a weekly column dedicated to signal-boosting the black women who make the world spin.

I've got cheers and shoutouts for a much-needed video game, the mother of black Hollywood, an Olympic fencer turned toy, a Republican (yes, really!), a two-time award-winning author, and so much more. Let's do this!

"Hail to the Queen": Jenifer Lewis

Many know her only by her current role as Grandma Ruby on "Black-ish," but Jenifer Lewis is a legendary actress, singer, and Broadway performer. This week, Lewis added "author" to her list of accomplishments with the release of her book, "The Mother of Black Hollywood." In addition to providing the inside scoop on her storied career, Lewis gets deeply personal, discussing her battles with sex addiction and undiagnosed bipolar disorder in her 20s.

"We've got your back": Angela Wint

Angela Wint was the last athlete to complete the New York City Marathon, coming in 50,624th place in the Nov. 5 event. But despite spending more than seven hours on the course, Wint finished with toughness, heart, and courage. Her body ached and her legs wanted to give in, but she pushed on and earned that coveted medal.

"I’m gonna take [the medal] and wear it, and appreciate every step I took to get to this place. Our journey isn’t for us — it’s for someone else who thinks we can’t do it," she told the New York Post.

"Hail to the Chief": Tonya Boyd

Boyd is the first black woman to be named deputy chief of the New York City Fire Department. It's lit! 🔥 (Safely, of course.)

"Y'all play too much": Ibtihaj Muhammad and Momo Pixel

I'll be back in two weeks with more women to celebrate and support. If you know a black woman I should feature, send me some links!